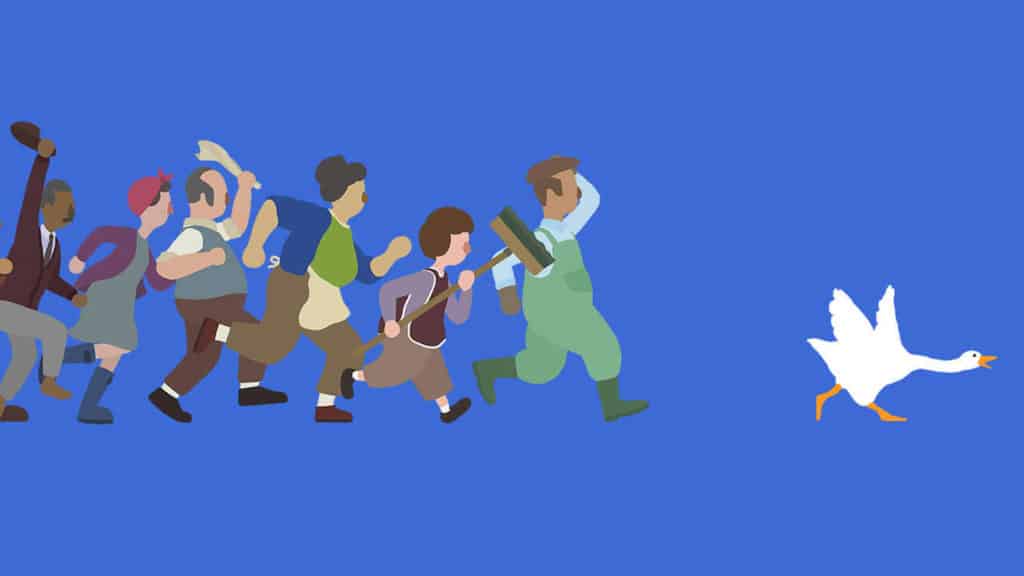 Kids love the absurd. A railway train with eyebrows; a labourer with a love for delegating; and a piglet that lives to make her father’s life miserable: children’s television has an ability to draw the young ones in, like broccoli only wishes it could. Whilst the dribblers will gleefully gawk at the block colours and idyllic environments for minutes on end, what will really grab their attention is some added mischief. An appreciation for devilment isn’t dependent on age, thankfully – we’d all be doomed if that was the case. Everyone can enjoy a groundskeeper being drenched by a sprinkler, or a cantankerous shopkeeper being locked in a garage, especially when the reason for both is a 3-foot-tall goose.

In Untitled Goose Game, your main goal is to be a little bastard. Brilliant, isn’t it? There is a very sweet and satisfying ending that will make even the harshest crack a smile, but for the most part, your aim, as the aforementioned goose, is to play a few cheeky pranks on the inhabitants of a sleepy English village. It’s never nasty; developer House House’s choice of flattened textures and calming pastels mutes any concerns of malevolence. The minimal detail in the faces and clothes of the butts of the joke amplifies the rascality. Snatching a sock from the clothesline of a middle-aged lady, and waddling away with her in pursuit, is the type of wholesome high jinks that would feel as at home on CBBC as it does on your games-playing device. 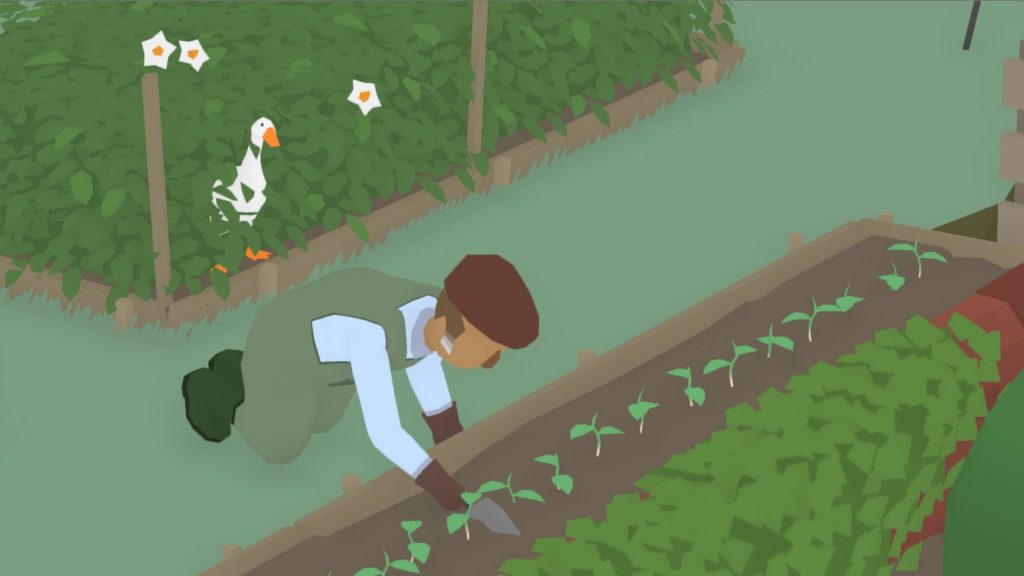 Whilst the option to generally mess with the townsfolk is welcome, you do have a list of objectives in each of the game’s five areas in order to focus your tomfoolery. Wonderfully, rather than give you clear-cut instructions on how to start crossing off your list, Untitled Goose Game will, for example, tell you to simply ‘break the dartboard’ in the pub, and leave it up to you to figure out how. That vagueness instils a sense of excitement when you enter a new location and encourages you to experiment for the solution. There is a mild tinge of disappointment when you realise that most missions require you to perform specific actions in a particular order to succeed, but that doesn’t make surveying your target or planning your approach any less enjoyable. So, you can sort of pretend that you’re a feathery hitman. Minus the garroting.

In fact, solving a puzzle involves more misdirection than straight up stealth. Sure, to grab the teenager’s glasses without them knowing you’ll have to advance from behind, but it’s not like they’ll sound the alarm when they spot you. None of the villagers will. They’ll give chase for a bit, but if you find a hiding spot, before they take back what is rightfully theirs, they’ll quickly forget what’s irked them and return to their mark. The easiest way to thrive is through distraction. Grabbing the gardener’s rake, which the game excellently asks you to lob into the nearby lake, is effortless after you’ve drawn his attention to the other end of the allotment by pulling up all his carrots. These people, and I cannot stress this enough, are absolute morons. The gag wouldn’t work if they were a smidgen more intelligent – it’s only right that the scheming goose be the brains of the piece – but their idiocy does mean that your rib set-up is often very similar, regardless of whom it is you’re ribbing. Minor complexities come in the end-game. 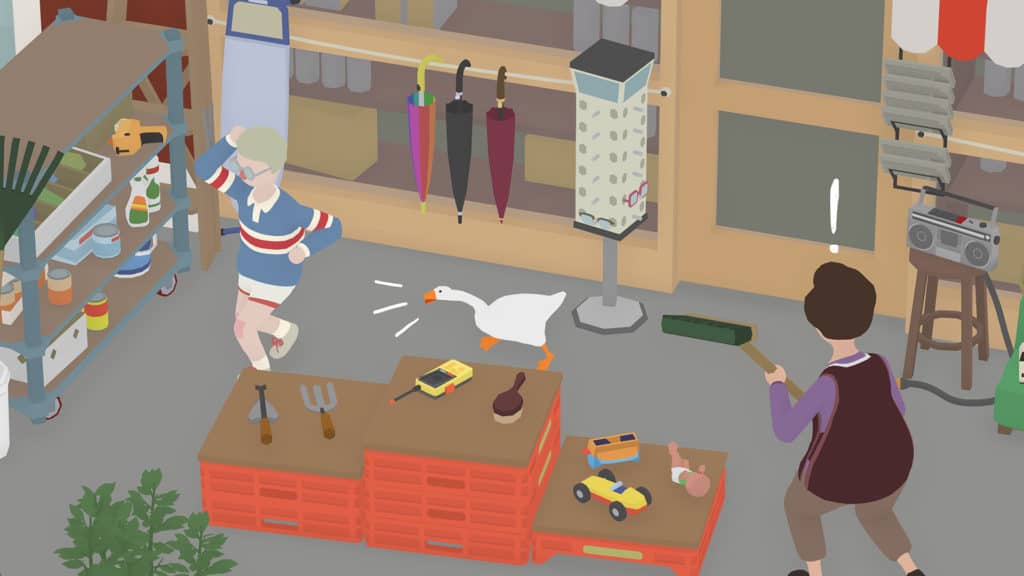 Yep. Untitled Goose Game has end-game content. And this is where the quaint world that House House has built truly shines. All of the game’s playgrounds are connected via paths and alleyways, allowing you to wiggle from the beer garden, to the park, to the street market, creating a real sense of place; I can believe that the man reading the paper on his patio might go to the local for a pint in the evening, because it’s only a hop, skip, and a jump away. In contrast to your to-do list pre-credits, a smattering of post-credits missions will request that you bring an item from one section of the village to another. More than a handful would’ve further enhanced that feeling of a close-knit community, but what’s here is appreciated.

I was raised on roguery: from Road Runner exploiting Acme Corporation’s inefficient explosives, to Vic and Bob smashing each over the head with frying pans, the silliness of slapstick has always had an appeal. That same bombast would feel out of place in Untitled Goose Game, though; these low poly characters and soft hues compliment cartoon violence that revolves around more mundane practical jokes. An old lad falling on his arse after you’ve pulled his stool out from under him may not be the height of comedy, but did I mention you’re a goose?

Untitled Goose Game encapsulates the pleasure in poking fun without ever turning nasty. And you're a goose, which is great.
8 You're a goose Muted colours boost the playfulness Experimenting through misbehaviour is a delight HONK