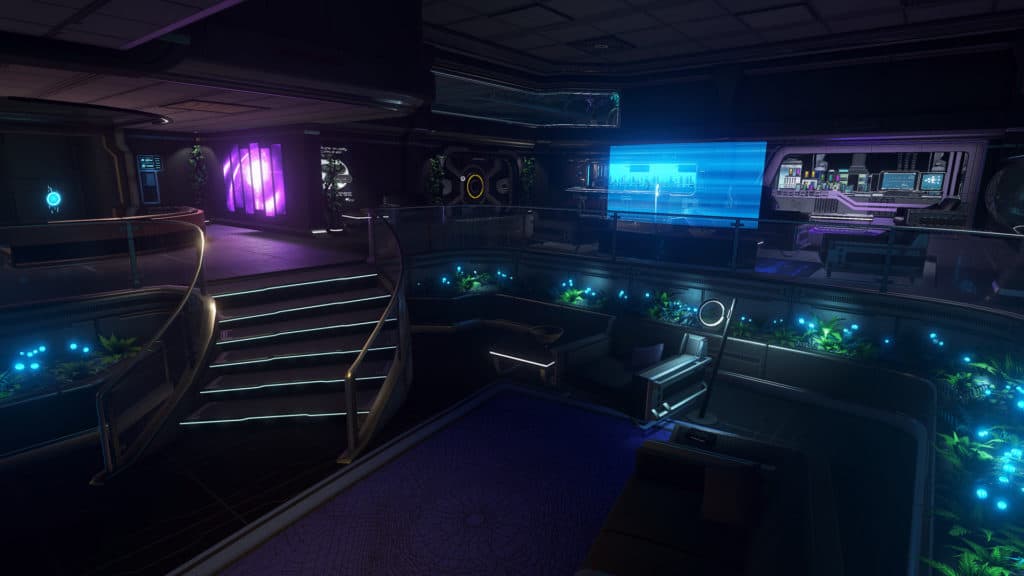 A space station where something has gone terribly wrong continues to be a popular choice to set your game, and I really do understand why: it gives you a logical reason for your setting to be isolated, to have few characters, to be of limited size, for the something that went terribly wrong to have done so in rapidly escalating and lethal ways, and for the whole thing to be really creepy. There are approximately three generations in a row for whom ‘suspiciously empty space station’ instantly reads as ‘oh Christ, oh Christ there are monsters in the air vents aren’t there?’, which is a useful shorthand if you want your audience to be a bit on edge.

The trouble is that because it’s been a popular choice for a little while now, whenever you play a small-ish game set on an abandoned space station you can squint and see all the other small-ish games set on an abandoned space station. So in The Station, where you, a recon officer, arrive at a state of the art research station orbiting an alien planet (which has recently suffered a critical failure and, shocker, the skeleton crew of three are all missing), and piece together what happened by listening to audio logs, you end up going: this is a bit like Tacoma/Event [0]/kind of Dead Space if I squint a lot/but mostly Tacoma. Not on purpose, just because the stories evolved to be told in very a similar way. So the main problem with The Station is that you feel like you’ve played it before. It’s all written and revealed nicely, but you get a lot of déjà vu.

There are things that make The Station different. The super advanced space station is serene and lovely, and the product of an almost utopian society rather than being an entirely experimental project, or from a society that’s only just developed space travel, or where capitalism appears to have run unchecked (what a terrible thing to imagine amiright? Come for the games coverage, stay for the political satire). All the menus and control panels to interact with are cool VR displays that float in the air in front of you. Everything works perfectly and the modular crew quarters are personalised to the captain struggling in the shadow of her hero father, the researcher who’s written loads of books and seems to have quite a high opinion of his own intelligence, the engineer who’s a bit of a practical joker and who misses his family back home.

There are optional puzzles to find out more about them, and when you first turn up you uncover that, for example, the engineer, Aiden Vyze, needed some money, so perhaps he accepted a bribe to sabotage the station. You can discover as much or as little about the crew as you like, depending on how much time you spend nosing around their cupboards. You can hear logs of them engaging in banter and find pranks, emails or notes; two of them were in a relationship, etc. etc. At the same time, some nosing is advised because puzzles you need to uncover might be hidden on a specific tool or in a secret place.

The puzzles are unquestionably the best bit of The Station, because they’re different, specific, and taxing enough that you feel like a massive clever clogs for figuring it out without being so taxing that you pitch a fit and have to turn the game off for a while. Some involve riddles and password reminders, others involve turning certain things on or off, all involve paying attention to the station around you in small ways. They’re what will keep pulling your interest back around: you don’t need to figure out the pass code to the captain’s locker, but you really want to. I spent about 15 minutes looking at the spines of all the books on her shelves because I became convinced it was on one of them.

The Station is delivered with polish and flair, but the trouble is that what you receive doesn’t feel very new, and I’d love to see this studio throw out something a bit weirder.

Available on: PC, PS4, Xbox One (reviewed on)