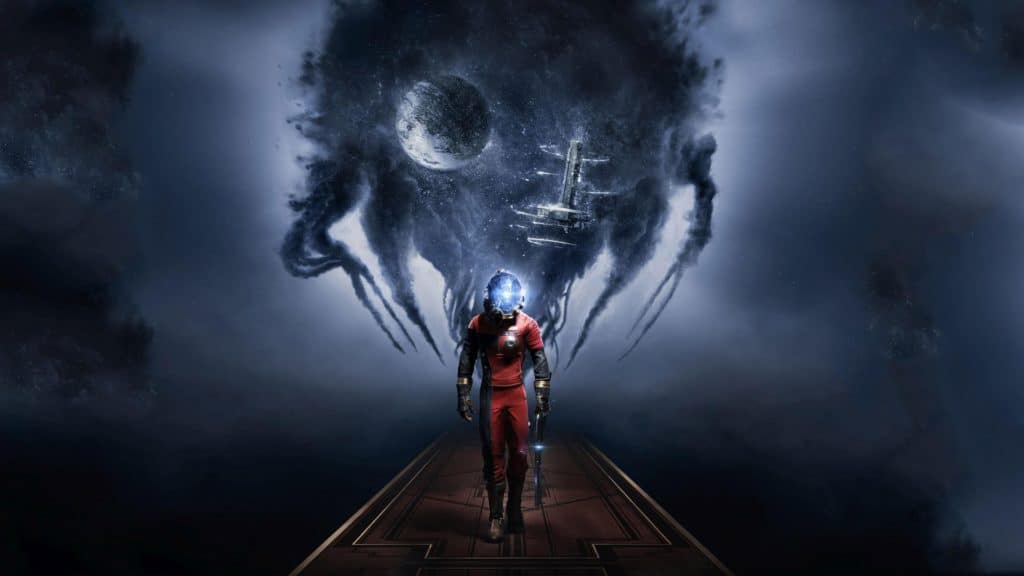 I was strutting around the Talos-1 space station like an absolute hero — I was practically weighed down by the abundance of shotgun shells in my back pocket, and for a brief period I knew I could deal with anything that came my way. My weapon could remain holstered for the time-being, though, because I was in the Arboretum enjoying a moment of calm. My desire to off the menacing aliens known as the Typhon was replaced with wonder, as I gawked at this rare sight of foliage.

There were a few Phantoms patrolling the area, but they were far enough away that I could continue collecting flower-petals, like the sensitive spaceman I am. I’m not sure why I let my guard down; Prey had already taught me to always stay alert. I sauntered over to a nearby pond, taking in the surrounding greenery, when one of the lily-pads revealed itself to be a shape-shifting Mimic, baying for blood. What an absolute idiot.

Other than a few instances where I foolishly let my guard down, I walked around every corner dreading what was in front me. I tensed up any time I used a keycard to open an unlocked door for fear an ugly, toxic beast was emerging from behind it, like the least desirable choice on Blind Date. If I didn’t know any better I’d think they weren’t overly excited to see me either. The eardrum-quivering screech the ugly bastards let out upon their surprise appearance was, on many occasions, the last thing I heard before my TranStar suit gave way to an onslaught of extraterrestrial hurt.

Prey is absolutely terrifying. It never lets up. Even after acquiring the Psychoscope goggles, which allow you to detect Mimics posing as coffee cups, I never felt at ease. Because even if you spot the dodgy mug, you know there’s a Voltaic Phantom close by that’s ready and willing to fry you like a Cumberland on a hungover Sunday. Or maybe there isn’t. When you’re so on edge, you think the worst. And that’s understandable because Prey convinces you, for a split second, that things are okay before pulling the rug from under you, and proceeding to repeatedly whack you in the head with it.

I walked down corridor after corridor, scared for my life, knowing I only had a piece of fruit and an energy drink for sustenance if attacked. Though sometimes that banana could stay in my pocket, because Talos-1 allows for breathers. There’s levity in the Transcribe recordings and email terminals of the TranStar employees that are organising a pen-and-paper RPG evening, or finding out your brother Alex isn’t keen on the exercise classes in the gym. The people working at this research facility are regular folk, and the insights into their lives before the Typhon broke out are a fascinating dichotomy to what you experience as protagonist Morgan Yu; they’re also more memorable. The overarching narrative is mainly paint-by-numbers — you’re the one hope to rid the station of these overpowered monsters farmed for the development of human modification, you’re stranded in space, science went too far, blah blah blah etc.. It follows a structure that we’ve seen time and time again.

While most of the story beats are largely forgettable, the way in which you spec your avatar is not. There are two different types of skill trees in the game: human and Typhon. The human skills include the ability to lift heavy things, increase durability, upgrade weapons and the like. However, if you so wish, you can throw caution to the wind and put all your Neuromods (Prey’s collectible and craftable skill points) into becoming more like the aliens you’re fighting. Become a hardback book, and scurry through cracks in doors you couldn’t as a fully-grown adult by imitating the very Mimics that make you jump. When cornered by a group of flying, robot Operators, you can jump forward a few feet in the blink of an eye, leaving a decoy in your original position that’ll confuse the enemy. Psychoshock nullifies the mind-control abilities of the floating Telepaths, leaving them wide open for a barrage of bullets. Put too much stock in imitating the Typhon and you’ll turn base defences against you, though — turrets will recognise you as a foreign body and gun you down as soon as you enter their view. If you want to remain more human, that’s still a viable option with a powered-up shotgun, or the exceptional GLOO Cannon that encases enemies in a sticky white substance. And that’s not even the best part.

Hard to reach places can be made simple thanks to GLOO’s adhesive properties; shoot at a wall and you can create a step-ladder to success. The viscous balls are also useful for putting out fires, or covering electrical panels that will shock you to your core once in range. See an open door and collection of blood-thirsty Typhon ready to unleash hell? Lock them in there with your trusty GLOO gun — or better still, if you’re in a room and they’re not, create a makeshift door where there isn’t one, and keep them at bay. It’s a multi-purpose tool that switches between combat aid and climbing buddy, effortlessly.

And that’s Prey all over. Carve out your own path as you desire. When a mission pops up, you’ll be given a waypoint, but how you get there is up to you. Searching around for post-it notes with panel key codes is just as feasible as hacking your way to glory; it’s a matter of preference. My fear may have subsided if, rather than sneaking around Talos-1 collecting recyclable materials to craft Medkits via the station’s Fabricators, I welcomed conflict and put all my Neuromods in the war machine basket. Prey doesn’t hold your hand, it merely gives you all the toys to play with as you see fit.

If employing a stealth strategy you need to be aware that you’re going to be called into action at points. Prey’s enemies are tough. They’re faster than you, stronger than you, and scarier than you. If they see you, their intent isn’t to give you a big, cuddly hug. When you feel comfortable with one kind, a variant shows up to throw you off kilter. Yet, whenever a cavalcade of Cystoids exploded in my face, I was just more motivated to get past them and to my goal once my save reloaded. On the occasions where I’d downed a murderous brute, and only had handful of bullets left, I felt pure elation. While the main quest line isn’t overly satisfying, there are plenty of in-game moments that are.

I had an inordinate amount of Q-Beam ammo at the end of my time in Prey, because I never found the Q-Beam gun. I had side-quests that were never resolved, and ones I hadn’t even come across. But I’m okay with that. While the structure will be similar for most, experiences will definitely vary, and that’s developer Arkane Studios’ greatest achievement with this reboot. You might spot that Mimic masked as a lily-pad. If you do, do me a favour and slaughter the little prick, would you?

Prey gives you all the tools you need, but allows you to decide how to get to your goal. The fear is constant, as is the joy from getting to safety. Despite a largely forgettable main story, I'll remember my own experience in Talos-1 for some time.
8 GLOO Cannon's multi-purpose use Ability to approach situations in different ways Sense of dread never subsides Cookie cutter main story 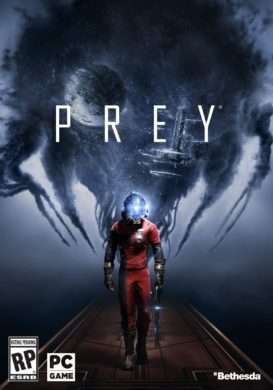 Prey gets rebooted for PS4, Xbox One and PC.

Prey gets rebooted for PS4, Xbox One and PC.