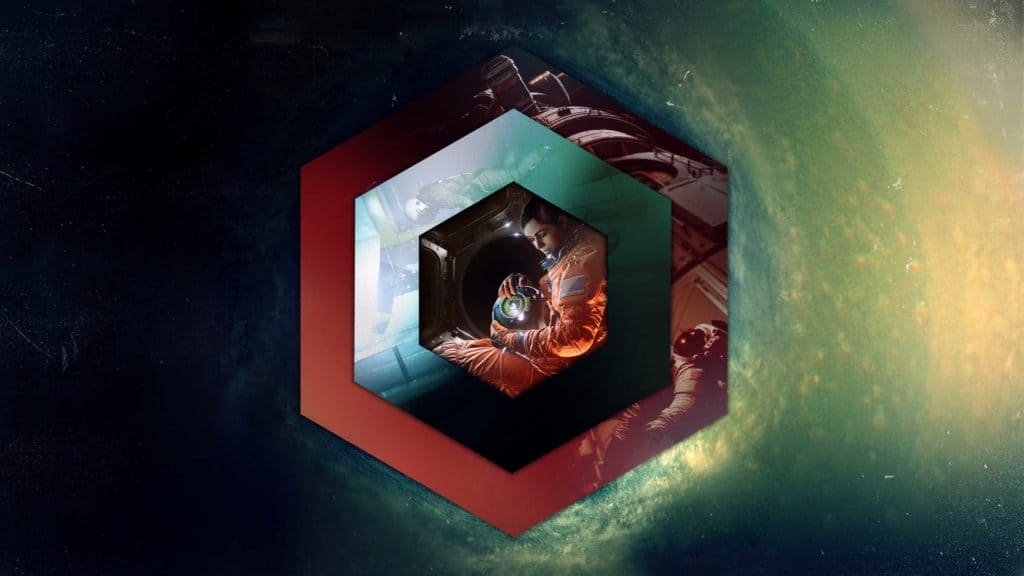 An astronaut, features furrowed, caged by monitors and splashed with light. It’s the prevailing image in Observation, the new game from developer No Code, and it’s one that’s lingered in the minds of moviegoers for decades. It was there in 2001: A Space Odyssey, when hero David Bowman grappled with his on-board computer, Hal 9000, in a battle of wills. And, after rewatching Alien recently, I realised it wasn’t the glistening of teeth and tail that transfixed me most; it was the sight of a frustrated Sigourney Weaver, slumped amidst the screens of the ship, mired in their ghostly glow.

Clearly, it’s an image that haunts Jon McKellan, who wrote and directed Observation, but it isn’t the only one. The first thing we see is a dark cabin, illuminated by flashes, clutter floating through the air like flotsam. It’s a slow, confident opening that establishes a style of stillness, with details gradually gravitating toward us. The game is set on board the Observation, a space station, hexagonal in design, that looks as though the Big Shell, from Metal Gear Solid 2: Sons of Liberty, had boldly blasted into orbit. Drifting through its cramped halls was a crew of six, of which there seems to remain only one: Emma Fisher.

She’s the hard-wearing type, with the determined air of the unflappable. Not only that, but she’s played by Kezia Burrows, who provided motion capture for Alien: Isolation’s Amanda Ripley, and what more do you need, when things start to go wrong in space, than a Ripley? In short, she’s made of the right stuff. But there’s a twist: Fisher isn’t who you play as. You play as the Observation’s AI, S.A.M. – which stands for Systems Administration and Maintenance. This will come as bad news to those whose feet were tapping impatiently through the game’s early moments, waiting for the action to kick off. If anything, it rolls to a stop. 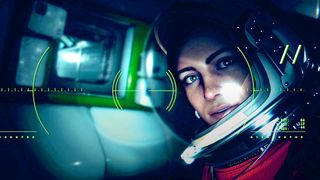 After what’s tactfully referred to as an ‘incident’ – but what must rank, as far as NASA is concerned, pretty highly on the fuck-up scale – Fisher awakens to find the station in orbit of Saturn, instead of Earth. What follows are her attempts to find out what’s going on. You, on the other hand, are an operating system and, as such, don’t move; but that doesn’t mean you spend your time dossing around. You are the ship – its eyes, ears, brain, and, if need be, its dirty hands. You can flick between cameras in the blink of an eye, link up with laptops and mine them for data, open hatches, jettison pods, and even scoot about in a drone that resembles a football.

Observation is, in terms of its play, a collection of mini-games, laced with puzzles, strung together by a mystery, and pulled taut with tension. As you cut between static cameras, you feel as though you’re the director of an old Resident Evil game, angling the action as dramatically as you see fit while scraping the station for details and letting nothing escape your grasp. One segment, for example, has you broadcasting a message. This means zapping to the astrophysics lab, zooming in to scour a star chart for coordinates, uploading them to your comms system, and inputting them into a separate program manually. It’s a sober reminder that astronauts, even while among the stars, are also admin assistants.

Alas, there were moments where the puzzles skewed towards busywork, their solutions dredged up by trawling. Other times, lacking a clear sense of what to do, I had to needle Fisher to repeat her last instruction. Most of the game, though, I spent lulled into a sense of rhythm and rubric – of following procedure and deciphering patterns. What a strange pleasure there is in expunging your own self and giving over to a machine – what’s that, I suppose, if not the act of playing a video game? There are smart touches, like choosing whether to accept or reject a voice recognition protocol – do you stick to your programming and reject a poor audio sample? or break the rules to bring comfort to a lonely soul? The smartest move Observation makes is embedding you, a germ of humanity, as the glitch in the code. 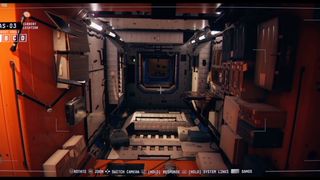 But its power to conjure such thick atmosphere lies in the mood of its direction. There is a recurring shot, showing the station adrift with Saturn looming and brooding above it. It instils the sense of outer space as not being outer at all; in its dwarfing quiet, it feels interior, like a tomb. After so much time spent cloistered on the station – in the station – It almost feels like coming up for air. Only there isn’t any. McKellan has the eye, and the sense, to pull back: a quick cut from the intimate to the infinite. And his fingerprints are all over Observation.

If you have a game in which you plan to make the ship’s computer the star, I can think of no one better suited to the task than McKellan, who already pulled the same trick with Alien: Isolation, for which he designed the user interfaces. With all that warbling VHS-tape warmth, it was those retro-futuristic read-outs, not the xenomorph, that stole the show. (Someone is always thieving the poor beast’s thunder.) Here, the entire ship hums with a hard sci-fi edge; despite being untethered from the grip of gravity, everything feels grounded – closer to home. Indeed, it takes place in 2026, not too far from now, and yet you can’t help but notice a skein of ‘70s nostalgia running through it. It’s in the rough grain of the cameras, and it lives in the station’s sounds – the pocketa-pocketa drumming of machines deep in thought.

And what of S.A.M.? Is he deep in thought? We’ve been conditioned, through years of science fiction – stemming from HAL, in 2001, right through to Mother, in Alien, whom Ripley called a bitch – to treat AI with nothing but suspicion. It would be considered a plot twist, these days, were it not to malfunction, for its mood not to turn mercurial. And yet, thankfully, the game shows restraint. It helps that S.A.M. is played by Anthony Howell, whose flattish voice issues forth from the ship’s speakers in an ivory-smooth rumble. He’s a thespian, a member of the Royal Shakespeare Company and regular at The Globe theatre, and I wonder if it’s an insult to suggest that he has found his calling playing an emotionless AI? 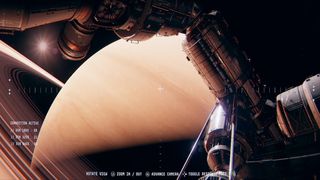 Howell lends a cloudy vagueness to S.A.M., which makes him seem, despite our playing as him, unknowable. As the credits rolled, it dawned on me that the central idea of playing as a corrupted AI was left mostly unprobed. In a later moment, when he says ‘There’s so little of me left now,’ we wonder: what was there to begin with? And where along the way did it crumble and erode? Is he mad? One thing’s for sure: what was true of Bowman is true of S.A.M. As Arthur C. Clarke put it in 2001, ‘If he was indeed mad, his delusions were beautifully organized.’ I can’t shake the sight of S.A.M.’s mind-bank, unlocking information by joining coloured curves from one data file to another like freshly formed synapses. Or the map of the ship, a chalky green wireframe rippling with static.

As Observation draws to a close, we get the full flush of its influences – from Solaris to Event Horizon, and succumbing, once more, to the pull of 2001. The repeated sight of a black monolith was a little much, as homage and influence were blown out the airlock in place of cliché. It’s hexagonal – just like the station! Get it? – and it mirrors, rather nicely, Saturn’s hexagon. Of the ending, I’ll say little; only that it sacrifices the earlier subtlety in favour of cheap shocks. I kept thinking of the images of Saturn’s hexagon sent back by the Cassini probe; they were captured in a bloodlike infrared, showing stormwinds that seemed to blow hot and hellwards. Sometimes observing is horror enough. 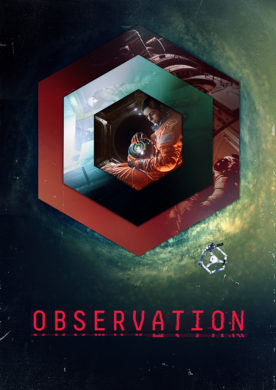