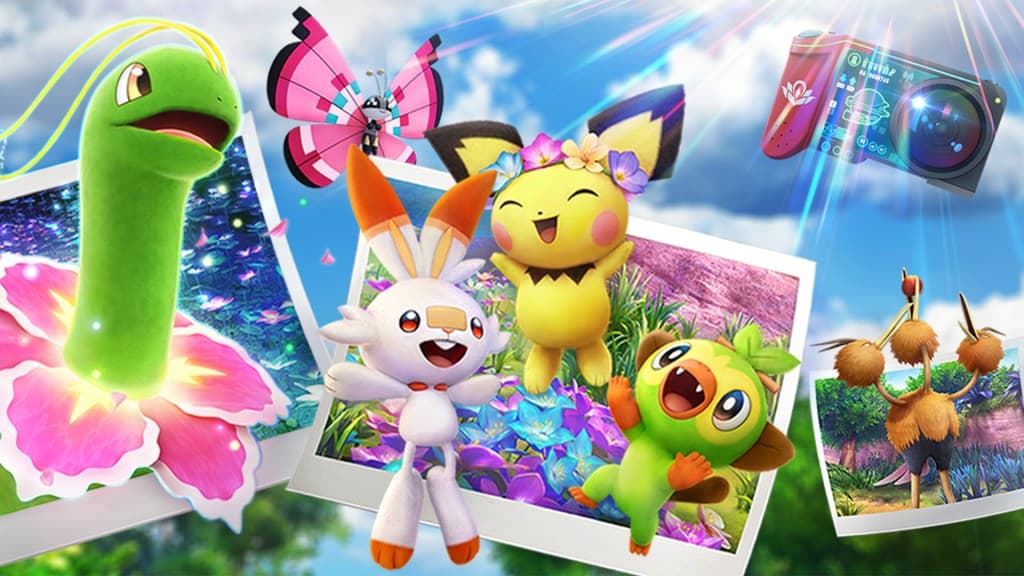 Into a clearing is hurled a capsule, bearing a creature of strange origin, itching for battle. It has a master, of sorts, though both parties would rather call the other a friend. The beast is blessed with an array of useful abilities—pulses of energy to fire at its prey, and the power to freeze them entirely, the better to aid in their capture and collection. With a swirl of bright-blue light, this curious animal is revealed: a photographer!

New Pokémon Snap is, strangely enough, a sequel to Pokémon Snap, which came out in 1999 on the Nintendo 64. Though it comes with a crop of upgrades, and its graphics have been brushed to a smooth shine, what it offers, despite its title, is the joy of the old. You, a burgeoning paparazzo, are let loose into the wilds of the Lental archipelago, at the behest of Professor Mirror—a kindly, white-coated fellow on a mission to catalogue the region’s Pokémon. The professor is the head of the Laboratory of Ecology and Natural Sciences (or L.E.N.S., if you please). He is joined by his assistant, Rita, whose proximity to the sheer rush of academic research has raised her excitement levels to a critically high burst rate. Your job is simple. Venturing out in the NEO-ONE—a jet-boosted hovercraft, with a crackling holographic windscreen and a hull shaped like a Poké Ball—you must, first and foremost, jettison any notions of combat. In our hero’s hands is not a clutch of monsters, to be thrown toward peril and pressed into conflict, but a camera. And all you need to do is—in the purest sense—point and shoot. 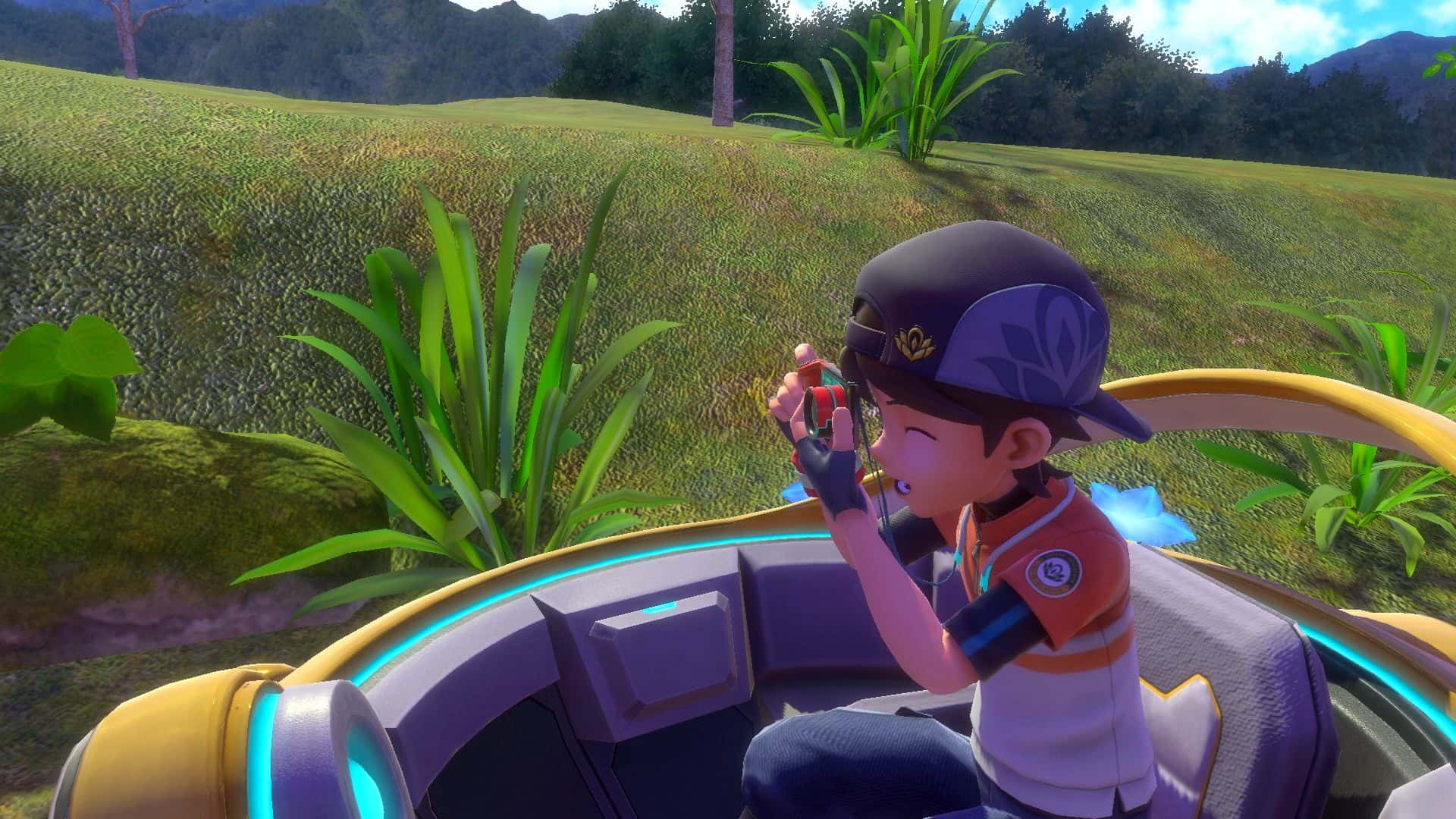 I have to admit, my prevailing emotion, for the first few of hours, was a kind of shrugging restlessness. You are spirited, at a sedate, Lapraslike pace (there is a speed boost, unlocked later on, though don’t expect any nozzle-flaring nitrous), through a series of levels: looping round beaches, up into jungle canopies, even jostling through shoals of sea life. But this is not as relaxing as it sounds; if you envision swanning in, drinking the sights, taking a few prized pics, and cruising to a Poké-place beyond the stresses of modern life, you are in for a shock. For one thing, at the end of each course your photos are carefully scrutinised by the professor. With a glint of his half-frame glasses, he grades you—according to criteria such as pose, size, placement, direction, etc.—and, doling out stingy bronzes and silvers, shutters your dreams in a flash.

Thus you enter each area in a fierce state of fixity, bent on the task at hand. You have at your disposal a bushel of apples, to pelt at your subjects and prompt a photogenic response; a melody that you can emit from your camera, rousing any nearby slumberers; and a scan, which splashes your surroundings with a wave of radar and pings you with any useful targets. There is a certain edginess that befalls you, as you wait patiently for the perfect setup: a Liepard, for instance, curling darkly onto a rock for an afternoon snooze, or an Ariados, whose approach is foretold by the rustle of foliage. Then, the moment arrives. Do you opt for the single, transfixing shot, praying for a Cartier-Bresson but risking a misfire? Or do you unleash a fusillade, hammering the button and hoping for the best? 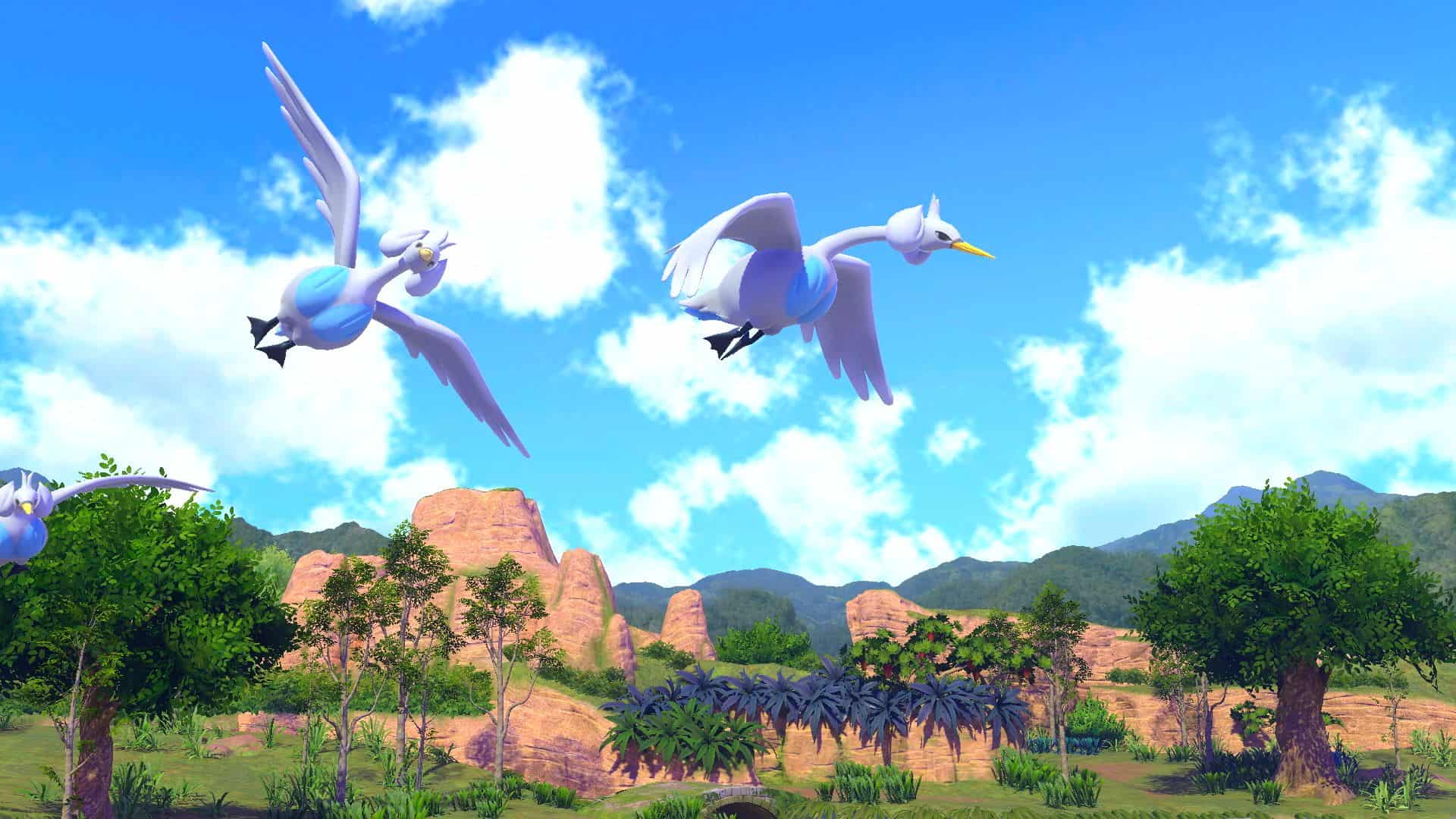 The tension springs from the fact that, as you are always being borne along, in your wafting buggy, the best picture may breeze past the lens just as you are jabbing a thumb on the directional pad, to zap 180 degrees in the opposite direction. These agitations give way, after your results are marked, to a moment wherein you tenderly position your proudest work in an album, before heading back out. For a while, I was waiting for the adventure to evolve, for some essential magic to take shape, two decades after the original—for something to click into place.

The most alluring property of the original Pokémon Snap was the chance to see your cherished critters blown up into three dimensions. One look at the likes of Charizard or Pikachu, composed of rich and rubbery polygons—leaping from the grey-green enclosure of the Game Boy onto the wide prairie of the television screen—constituted a genuine amazement. Now the raw power of that pleasure has dimmed. Not only has the series had plenty of 3-D games but, should you so wish, you can populate your walk to the shops with Pokémon, courtesy of your phone. Indeed, there was an unmistakably Snappy magic to Pokémon GO; those first weeks of its release, in 2016, resounded not with the desire to fight, but simply to glimpse a slice of surrealism—a frustrated Mankey lurking outside the post office, say, or a Bulbasaur sprouting up in the park. Its delights were best summed up not with “I choose you!”—the clarion cry of the TV show—but, more simply, “I see you!” 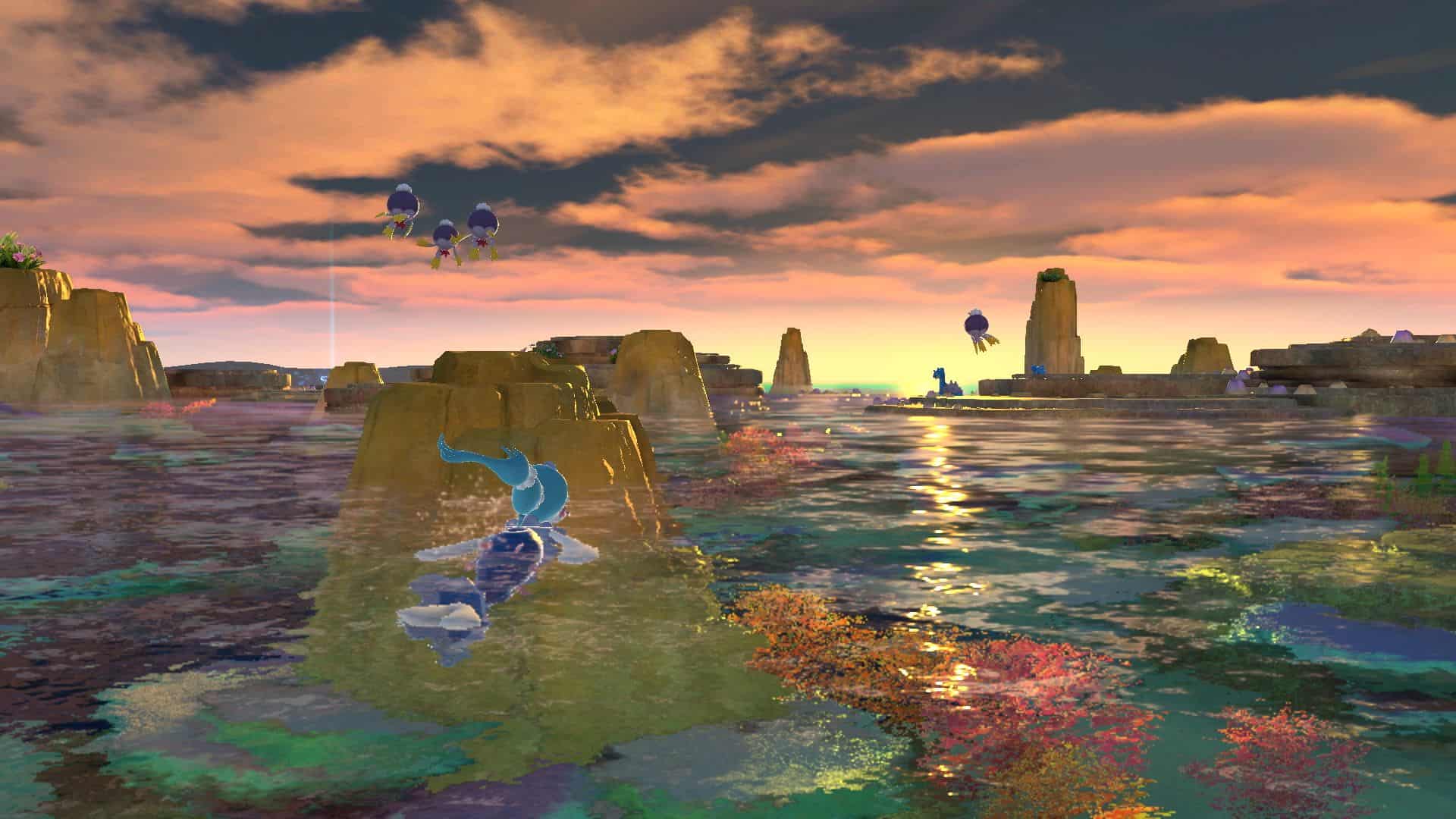 What, then, does New Pokémon Snap have to offer? Well, a camera, for one thing. Nothing as dull as the real deal—the kind you find slotted into the corner of your phone—nor as fancy as the in-game gadget, held up to your character’s face: a curved clump of red-and-black metal, flowing with digital readouts. I am talking about the thing that you hold: the Nintendo Switch, with its motion sensors and its matte-plastic shell, a stream of slow-moving panoramas slipping through its viewfinder. The best way to play New Pokémon Snap, the way to extract an authentic thrill, is to stand up. In doing so, you negate the sluggish aiming speed of the analogue stick in favour of plunging your Switch about the living room. What a feeling (somewhere between foolishness and wonder) to whip round on the balls of your feet, the better to catch a blizzard of passing Wingull—as your flatmates look on with a blend of amusement and mild concern.

That tactic would have done you no good at all, in 1999; waving the N64 controller, in all its triple-pronged majesty, would have done little, aside from making you resemble a landlocked Poseidon. And yet there remains in that game a flood of originality that can’t be counted out. It was created by HAL Laboratory, produced by Satoru Iwata and Shigeru Miyamoto, and could be finished in four hours. New Pokémon Snap, which is made by Bandai Namco, runs closer to ten, but adds little to the central conceit. True, we have the Illumina phenomenon, which causes some Pokémon to swell to mammoth proportions and glow, as if they had swallowed a small moon. But there is the same sensation here—that of inherent slightness, given overexposure—that haunts both Luigi’s Mansion sequels. Those at HAL Laboratory may only have delivered 63 of the original 151 Pokémon, but they understood that the game’s shallowness, when stoked by a sharp focus—and steeped in Ikuko Mimori’s mysterious score—would develop in our memory, long after it moved into the background, and gain something ineffable. We might call it depth of field. New Pokémon Snap may not match the golden hour of its predecessor, but there are moments where it draws near enough.

Though it comes with a crop of upgrades, and its graphics have been brushed to a smooth shine, what it offers, despite its title, is the joy of the old.
7 Photographing Pokémon The passage of time