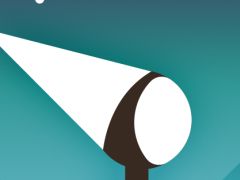 Monument Valley is a significant accomplishment by ustwogames – simultaneously beautiful, challenging, soothing and poignant. As the delicate and silent protagonist, Princess Ida, you must traverse a series of increasingly complex puzzles across ten chapters to achieve redemption for your shameful past.

The game reveals itself gradually, allowing you to become accustomed to its world at a steady pace while a gentle ambience soundtracks your actions. Each screen presents a different piece of architecture or scenery to be negotiated. You control Ida by tapping the desired location, and can manipulate the vista by stepping on push-plates and motioning on musical note emitting buttons and handles.

Described by the developer as being Inspired by the artwork of M.C. Escher, Japanese prints and minimalist 3D design, Monument Valley’s art direction is something to behold. An array of refreshing hues, strong lines and striking detail combine to make every screen a singular piece of artwork (in-game photo prompts are more than welcome). This aesthetic excellence is fundamentally linked to the puzzles themselves, particularly with regards to the Escher influence, as creating impossible objects and optical illusions within the architecture is often the key to solving them.

Far from being alone in her quest, Ida deals with mysterious entities, including aggressive Crow People and perhaps the greatest totem pole in all of gaming. Interactions with these characters all serve a purpose and as you progress it’s difficult not to become deeply drawn into this universe and its emotionally subtle narrative.

From its calming audio, uplifting imagery, clever conundrums and everything in between, Monument Valley feels like the realisation of a holistic vision; each aspect working together and complementing the whole. Although it can be conveniently completed in a single sitting, the experience leaves you, somewhat strangely, both satisfied and craving more. Its resolution is sublime but you’ll be eager to re-enter its dream world the moment you’ve left it behind. 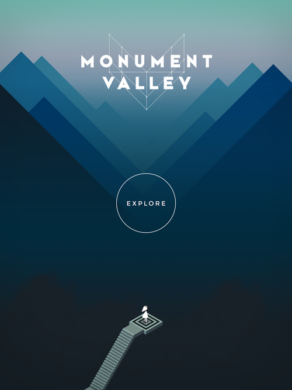