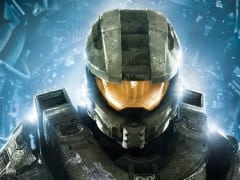 Editor’s Note: At the time of this review going live it wasn’t possible to test the multiplayer aspect of the Master Chief Collection due to matchmaking issues. 10 days – and one prominent patch – later the game still isn’t performing as it should online, and as such the below score reflects that.

It’s easy to dismiss the slew of recent HD remasters as nothing more than stop-gaps, store fillers for empty release schedules. In one sense, that’s absolutely right. But the practice isn’t inherently worthless, especially when approached with the sheer style and creativity of The Master Chief Collection. It’s hard to think of another series collection or HD remaster that comes close.

Ease of use, immediacy, and persistence across titles are the keys. After completing the ‘Halo’ mission of Combat Evolved, my immediate temptation was to jump into MCC’s major new offering, Halo 2 Anniversary. You don’t have to worry about losing progress as there’s separate save data for each game – with progress only being lost if you choose to switch games while part-way through a mission – and the Universal User Interface is so slick you can jump around between games with ease. You just hop out to the menu and choose exactly where you want to go next – and everything is unlocked right from the start.

While other HD collections may bring together equally popular or critically acclaimed titles, none have taken the steps to combine them with a dedicated UI such as this. Once in the game proper, you’re seconds away from any level in the franchise. Turning skulls on and off, adjusting the HUD for competitive time or score tracking and tweaking the controls are all available before entering whichever level you’ve selected. Following your game, you can also check what medals you’ve earned across each title, and which ones you’ve yet to unlock. It’s easy to forget that there are four individual entries here, released over a decade apart, thanks to the the ability to jump in and out of all of them.

If you’re not happy hopping between the various instalments one level at a time, there are also playlists to choose from, a bunch of pre-selected levels from the campaigns which the developers based on different criteria. Boss fights, Master Chief or the Arbiter’s journey through Halo 2, vehicle missions and more are combined into one stream. Sadly, there isn’t the option for players to create their own playlist, which feels like a missed opportunity. 343 notes that more playlists will be added, but the chance for fans to create their own version of the Halo narrative, in a similar way to Star Wars fans telling a more enjoyable tale than the director, is missed.

After messing around in CE, 3 and 4 – each now featuring 1080/60 upgrades – I finally jumped into MCC’s centrepiece, and it’s a mixed package. For starters, fans expecting the Halo 2 campaign to exceed the graphical look of 4 should rein in those thoughts. While it is a big step up in parts, and the CGI cutscenes created by Blur Studios look superb (especially when a press of the View button reminds you of the hideousness of the originals) Halo 2 isn’t a consistent stunner.

In enclosed spaces, where the new lighting effects make a real difference, Halo 2 Anniversary can really feel like a giant leap over its source material. When you set foot outdoors, however, the bleakness of the colour palette coupled with the lack of detailed textures led to the “which version is this?” question being asked more than once. This is even more notable when coming straight from Combat Evolved, where the jump is immediately more drastic. Halo: CE Anniversary makes use of a more vibrant colour palette, and as such is often more pleasing to the eye than than the new remake.

It also doesn’t help that, despite all of the hype, the team is updating the weakest single-player campaign of the series. The troubles of the Halo 2 development cycle have been detailed many times in the past, with as much as a third of the story wiped as discussed in the Halo documentary. Halo 2 was described as a “disaster of cross-divisional communication” in Dean Takahashi’s book Xbox 360 Uncloaked, where it was also noted that studio founder Jason Jones was forced to chop the narrative in half due to launch delays, leading to the infamous ‘what the eff?’ cliffhanger. While rebuilding ‘from the ground up’, the team is still effectively trying to pull off the most elaborate colouring-in job we’ve ever seen. They’re working from a template and, sadly, it’s not a great one.

One area in which Halo 2 does rank very highly is in its sound design. The revamp of Halo 2’s audio makes a huge difference to the overall gameplay, adding much greater emphasis and significance to every moment. Switching back and forth shows you what has been added to the soundtrack, be it an underlying drum beat, orchestral score or simply whacking up the whole thing to 11, creating a sense of scale and drama previously unachieved by the gameplay alone.

The first time you climb into a Banshee as the Arbiter is now complemented by a rock guitar solo, making you feel like you’re undertaking something of real importance, despite the fact you’re simply flying up for a bit. Contrast the same moment to the original, which lacks any music at all, it helps mask the gaps between combat.

None of this stops The Master Chief Collection being an immense bundle. Collating four groundbreaking shooters, along with every multiplayer map in the series’ history, as well as a live-action TV series and a forthcoming Halo 5 beta, the value of the package makes this comfortably the best series collection ever assembled. Halo fans will zip back and forth to their favourite moments, while new fans will quickly discover what all the fuss is about. Halo 2 may not shine as brightly as some might have hoped, and there’s some minor bugs that can also jar, but nothing stands in the way of what is a fabulous collection of campaigns.

Halo and its continued online troubles

One of the major attractions to The Master Chief Collection is having every multiplayer map in one place. The chance to revisit old favourites coupled with the remastered Halo 2 war zones has been one of the main pillars for the game. The Collection is now the only place for fans to play Halo 2 multiplayer since servers for the original game shut down last year.

Two weeks on from the game’s launch and gamers are still unable to play multiplayer. 343 Industries has screwed up, badly.

Players can still be waiting upwards of 10 minutes to find an unbalanced or half-filled match, if indeed they find one at all. Xbox boss Phil Spencer and 343 have issued multiple apologies to frustrated fans. A post-launch patch released on November 21 promised to fix these issues, but instead has only raised new ones. MCC still fails to fill a lobby, and takes far too long to find other players. After the voting process is complete, the game begins to load, only to boot back to the lobby screen thanks to a failure to complete the matchmaking process. Many of the playlists that were available at launch also remain absent, as do all of Halo 4’s maps outside of Big Team Battle.

Hardcore fans will stick around long enough to see these issues fixed and get their multiplayer fix. But when people are as eager to move on to the next game as they are to play yours, being unfit for launch will see many games left behind. Driveclub learned this lesson the hard way. Halo may be a big enough IP to survive launch issues, but that doesn’t excuse 343 (or whoever decided to rush the game out the door) from screwing the pooch.

It’s such a shame, as again, the overall package is immense. But a table falls when a leg is cut off; and while the campaign, UI and added value of betas and TV shows give Halo: MCC a lot to shout about, shoddy matchmaking means one of the biggest talking points for fans is being discussed for all the wrong reasons.

Halo: The Master Chief Collection is an immense package, but a table falls when a leg is cut off.
7 Superb revamped sound. Great UI, excellent presentation of the campaigns. Online is still broken following a patch. Halo 2 Anniversary isn’t the visual upgrade it should have been.