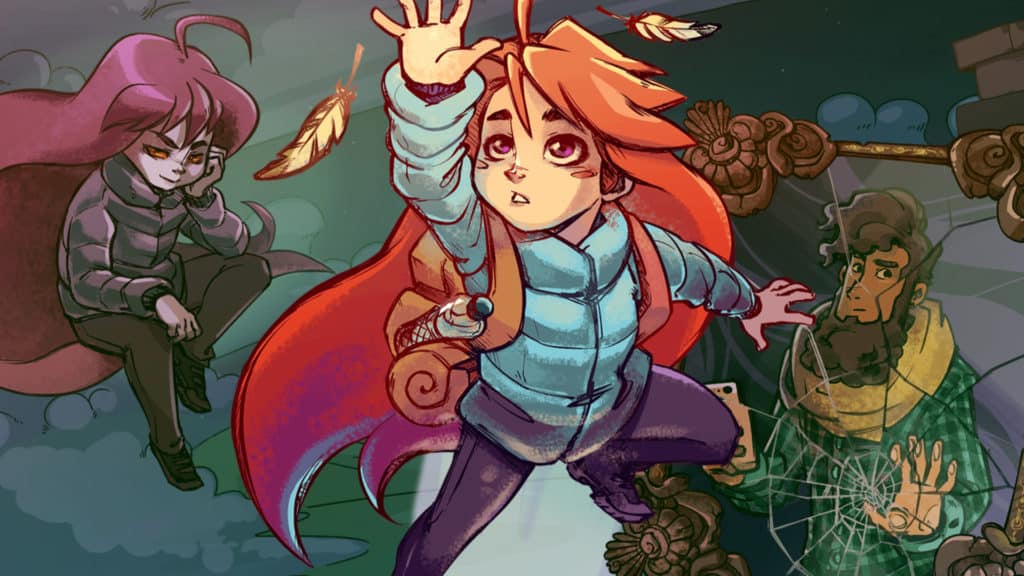 In each of us, there’s this thing that chips away at our optimism, our determination. It can fester, gnawing at those positive moments in an attempt to convince you that you’re not up to the task. That task can be a myriad of different things for different people, of course, but in young Madeline’s case it’s climbing the enormous Mount Celeste. The odds aren’t in her favour as danger lays in wait around every corner and, by extension, a death count into the hundreds, or maybe even thousands. Every life lost is knowledge gained in this exquisite 2D twitch platformer, though.

As our intrepid mountain climber your aim is to get from screen to screen by scaling the pixelated walls before your stamina runs out, jumping over hazardous obstacles that kill you with a single touch. You can also dash while airborne to get more distance on your leap, but spamming isn’t an option as you have to plant your feet on the ground before doing it more than once. Every room in the sprawling, fantastical Celeste poses its own challenge, with each world offering up new quirks in the environment that either aid or impede your A-to-B-ing.

Some areas have these green crystals that allow you to dash a second time when in the air, other bits have big red orbs that propel you in a given direction until you either decide to pop out or you hit a wall, and one of the stages introduces gaseous balls with eyes that will kill you on contact. And it all feels incredible. It’s precision platforming at its finest, with each screen feeling like its own little puzzle that you have to figure out with the tools given to you. Solution is generally preceded by casualty, though. I died over 1000 times, and uttered just as many curse words in my time with the game, but I rarely felt cheated. Each mistake was mine to own. 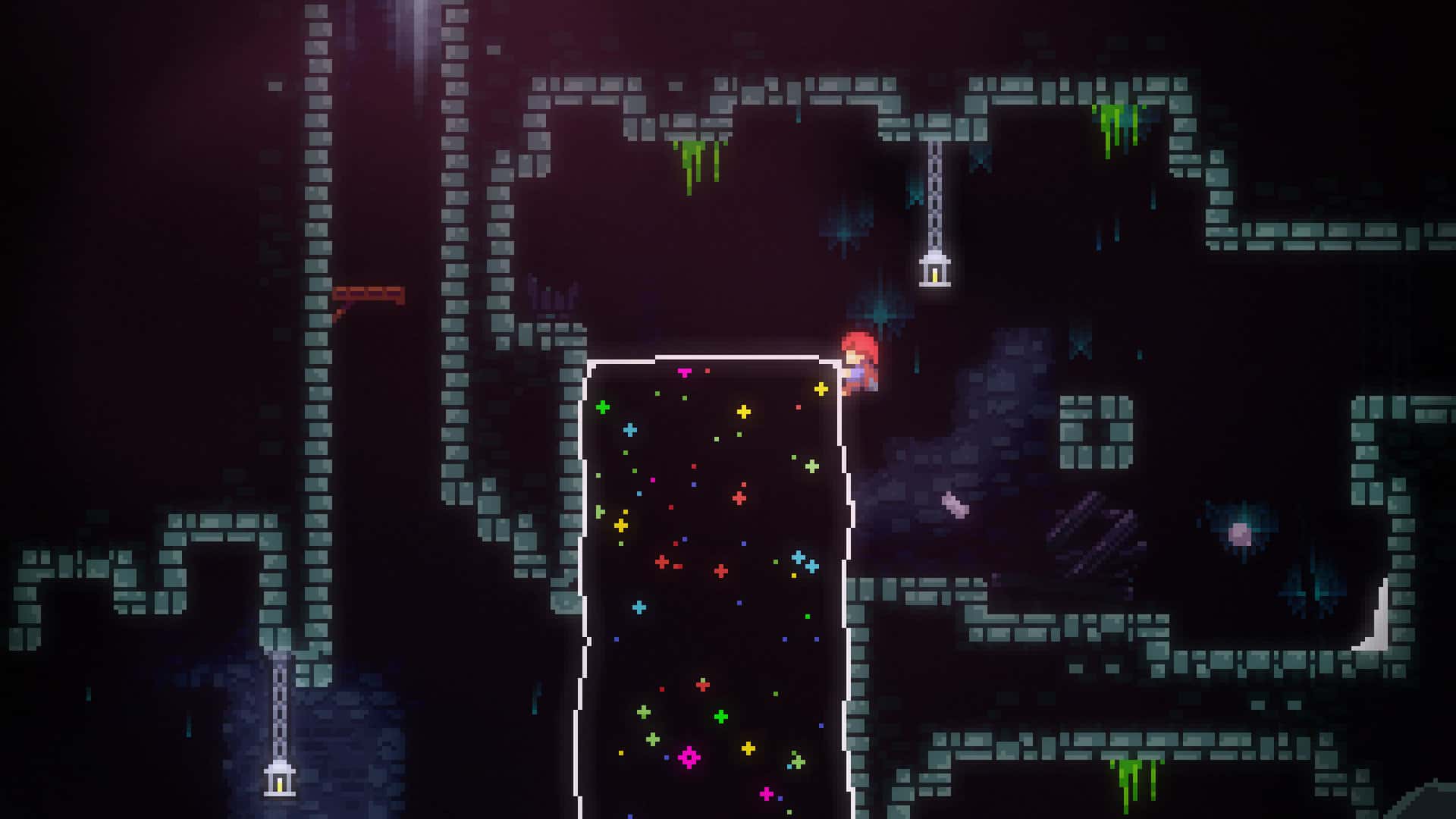 More than once, I held my breath as I skipped from ledge to ledge, chaining dashes and wall jumps together, hoping for success and fearing failure. I’d commonly only exhale after slightly misjudging something, ultimately falling to the mountain’s traps. Thankfully Celeste doesn’t make you wait around and resets the scene while you’re thinking about where you went wrong, but far too many times I died instantly after restarting because of complacency. I’d rush back in due to mounting frustration, swear in technicolour, and not recognise how to right my previous error. Of course, I died many times after surveying an area too, second-guessing myself at the last moment, coming up a few pixels short. The mountain and my internal doubt were goading me into faults similar to Madeline’s own internal battle.

It’s clear that many of the characters in Celeste struggle with their confidence, but Madeline’s anxiety actually manifests itself as a physical representation that constantly chips away at her psyche, hoping to break her. This part of her — aptly named Part of You — has no qualms in doubting the young woman’s ability to reach the summit, and will tell her as such whenever given the chance.

There are occasions where you’ll want to throw in the towel after dying for the fifteenth time on a specific bit, but the feeling you get from just powering through and refusing to give in is pure magic. It’s a story we can all identify with in some shape or form, and one that is delivered very well via believable dialogue. It’s rare enough to see a story inserted into a game of this ilk, and rarer still to see it done so well. 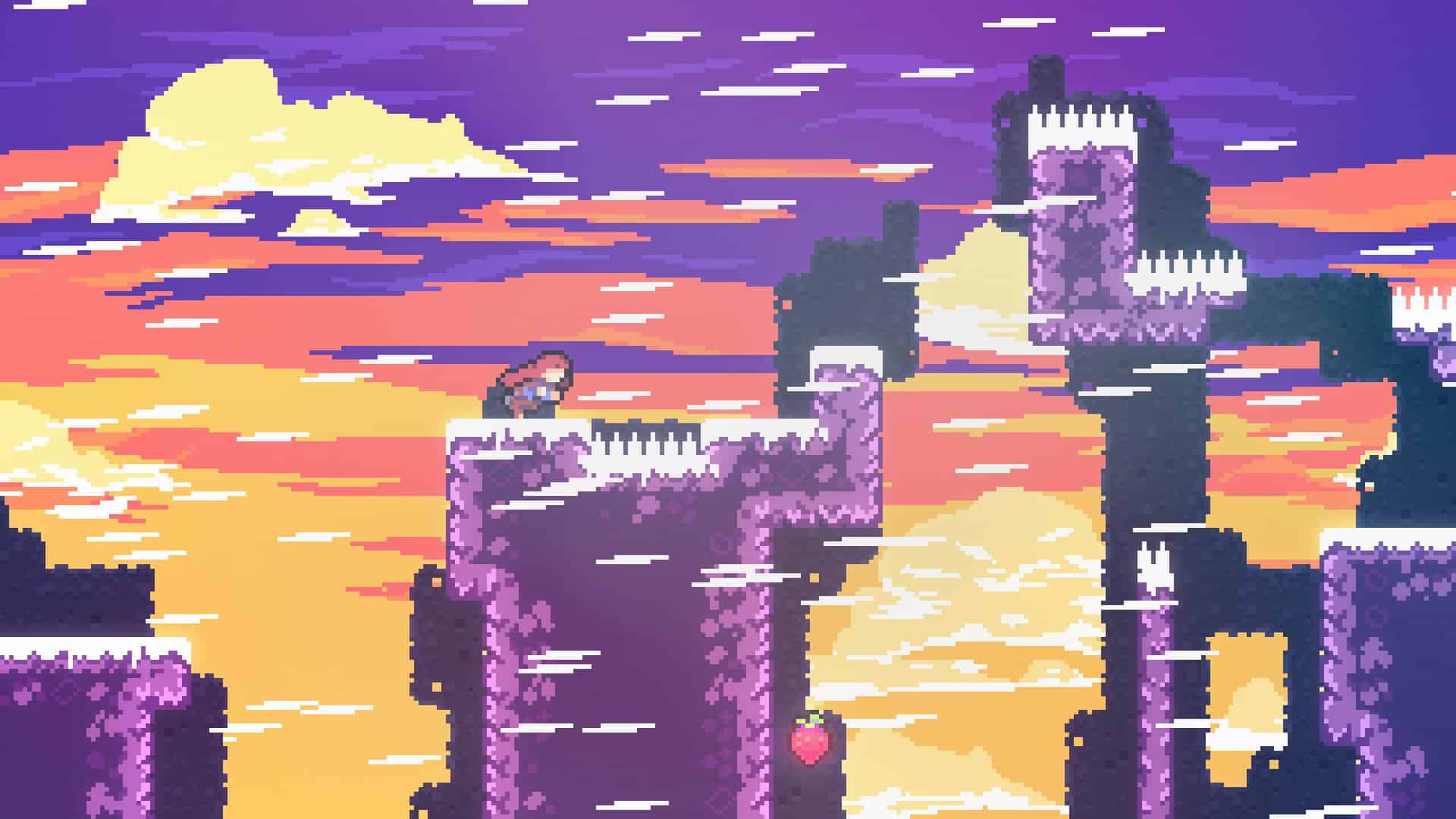 If you’re fighting with any particular section you can also turn on the assist mode, which allows you to alter the game’s difficulty in a variety of ways, tailoring it to your very needs. You can tinker with the speed if that’s proving too much, give yourself infinite stamina or more air dashes, or turn on invincibility. Granted, Celeste’s narrative and gameplay are pretty much intertwined, but opening up the rules of play is a great way for people to choose how they want to ascend this mountain. Those who welcome the challenge have plenty to keep themselves busy anyway.

Each chapter has a route that will bring you to the finish line as quick as possible making this an ideal game for speedrunners — there’s even an in-game clock that’ll track your time. There’re also plenty of screens off the beaten path for those who want to pick up all the collectible strawberries, but for the true masochists there are B-sides. B-sides are remixed versions of Celeste’s levels that ask a bit more of you, and really sort the skilled mountaineers from the out-of-breath hill climbers. The thought of them leaves me winded, yet plenty of you will likely lap these up in the post-game.

Celeste is special, because not only does it serve up a delight in precise platforming and environmental puzzle-solving, it also tells an emotional story of a girl trying to overcome her depression. While there are times where it feels like the mountain drains you of your will, it’s important to never stop pushing.

Available on: PC [reviewed on], PlayStation 4, Xbox One, Nintendo Switch

The challenging platforming and touching narrative of Celeste shape a surprise hit.
9 Excellent platforming Wonderfully told tale of facing adversity Plenty for those who want to keep playing after the main game 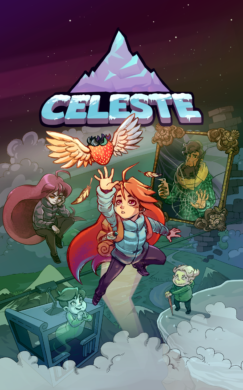