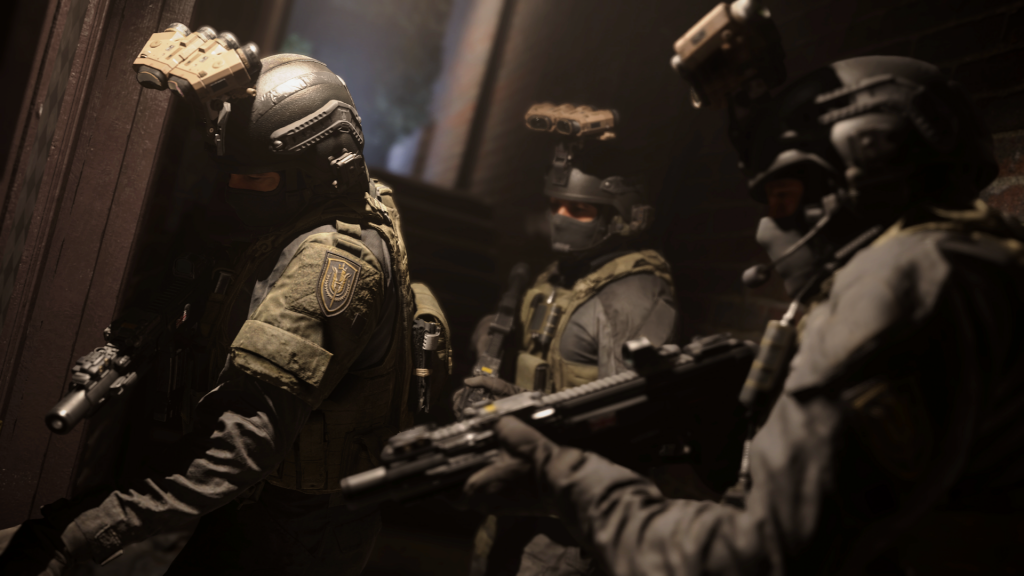 Call of Duty: Modern Warfare wants you to feel uncomfortable as you pull the trigger in a Piccadilly Circus full of tourists; it wants you to pause before you fire in a North London townhouse full of innocent people. The window for reflection is brief, mind, as the weight of war is lifted by the thrill of nailing a headshot from 400 metres away, or popping a few baddies with your silenced pistol from the cover of darkness. Anything meaningful Modern Warfare has to say is drowned out by the blasts of shotguns and the rattling of AK-47s.

Prior to launch, developer Infinity Ward claimed this reimagining of Modern Warfare would illustrate the harsh realities of war, but most scenes designed to evoke a reaction just feel gratuitous. One of the better examples of an inclusion that’s designed to elicit a response, but left me apathetic, is the playable waterboarding scene. Farah Karim, the leader of a rebellion in Urzikstan, is strapped to a chair by a dull antagonist, and rogue Russian general, named Roman Barkov; after a back-and-forth exchange, Barkov gets one of his men to douse her in water after he’s placed a cloth over her face. I wasn’t appalled as I moved my head back and forth, clicking in the left analog stick for breath: I was exhausted. Torture is bad, I get it, but surely there’s a better way to highlight such an atrocity. Modern Warfare is full of sequences that highlight how terrible war can be, but the problem is that Infinity Ward doesn’t trust its audience to recognise nuance, which leads to cheap tactics like this. It’s probably good you don’t feel too bad during the bloodshed, anyway, because you’re meant to have fun shooting the enemies. Yay, guns! 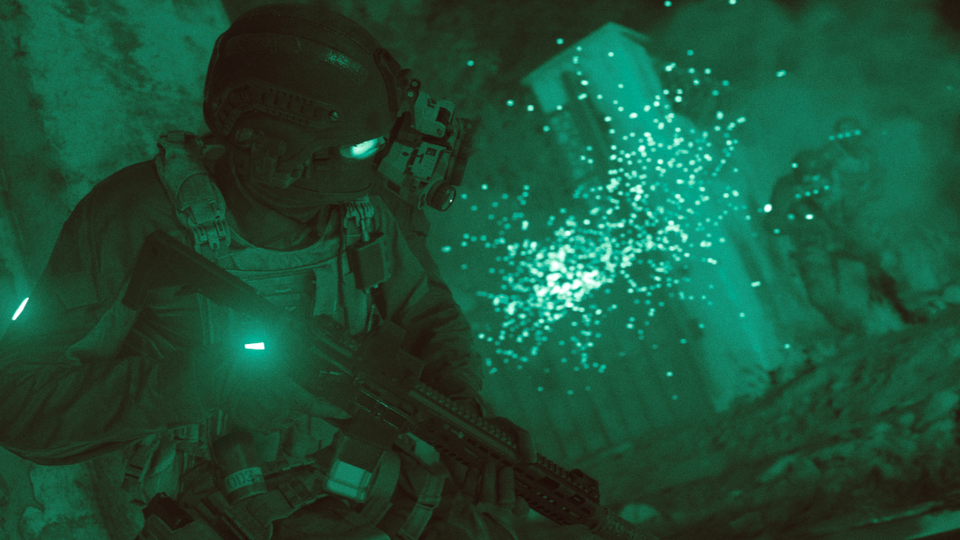 If you take the campaign for what it is – a popcorn blockbuster that will satiate your hunger while you’re stuffing the baddies’ faces with bullets, before your tummy grumbles for something more substantial shortly after the credits roll – it’s quite enjoyable. The globetrotting, the one-liners, Captain Price: it’s all here. And, thankfully, missions are varied enough that the six-hour story motors along at a decent pace: there’s an exhilarating sniper mission that requires you to take wind direction and distance into account before taking your shot; one chapter sees you guiding a hostage through a building of terrorists by directing her to safe spots via the surveillance camera; and a later operation has you infiltrating a compound in the dark, killing lights and baddies with your night-vision goggles equipped. These are a nice contrast to the abundance of running and gunning.

But if that’s how you like your CoD cooked, and you’re crying out for the story to continue after you’ve completed the campaign, there’s always the co-operative Spec Ops. You and up to three pals will likely have had enough of it after a short while, though, as all of Spec Ops’ massive maps are populated with an insurmountable number of enemies. It’s a constant barrage that transforms the mission from challenging to pointless, as there’s never a chance to catch your breath, leading to eventual failure for even the most experienced of players. The more seasoned Modern Warfarers will probably have better luck with the PvP modes. 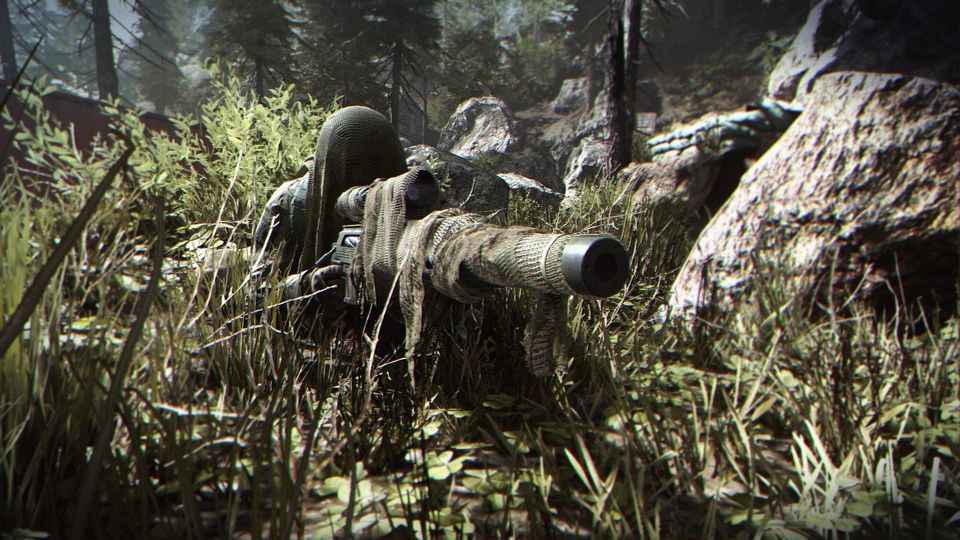 If you like your multiplayer maps on a grand scale, with vehicles scattered throughout, you’ll enjoy battling for control points in the new 32v32 Ground War mode. The organised anarchy here caters to those who enjoy pandemonic play, but be warned: the lobby is already full of teenagers with better eyesight than you, so death is frequent and comes from all angles, which can be off-putting to newcomers. The other addition, Gunfight, welcomes all, however.

A total contrast to the enormity of Ground War, the 2v2 Gunfight brilliantly limits the action to a small plot of land and one simple objective: down the opposing team before they off you and your pal, and you’re rewarded with a point. Rounds are tight, snappy affairs, meaning there’s little time to celebrate your kill; you’re also able to regroup quickly if you’re on the receiving end and still going for the overall victory, of course. Wonderfully, teams begin each restart with the same loadout, so if you find them first you’re often onto a winner. Those who play Call of Duty all year round will lap up the returning Team Deathmatch, Domination, Headquarters, et al, but Gunfight provides a terrific outlet for those who are annually scared off CoD multiplayer after a few goes.

Don’t think of Call of Duty: Modern Warfare as a transcendent experience that will change how you feel about war; treat it like a fun shooter that rewards you with pretty explosions when you make the guns go bang. Because it’s really good at that. Sure, Infinity Ward promised a campaign that would be thought-provoking, and whilst it’s anything but, the diversity in mission structure makes for a pretty entertaining few hours with Captain Price and co. And whilst Spec Ops does its level best to dissuade you from the multiplayer suite, Ground War and Gunfight ensure there’s enough to keep you interested until next year’s installment. 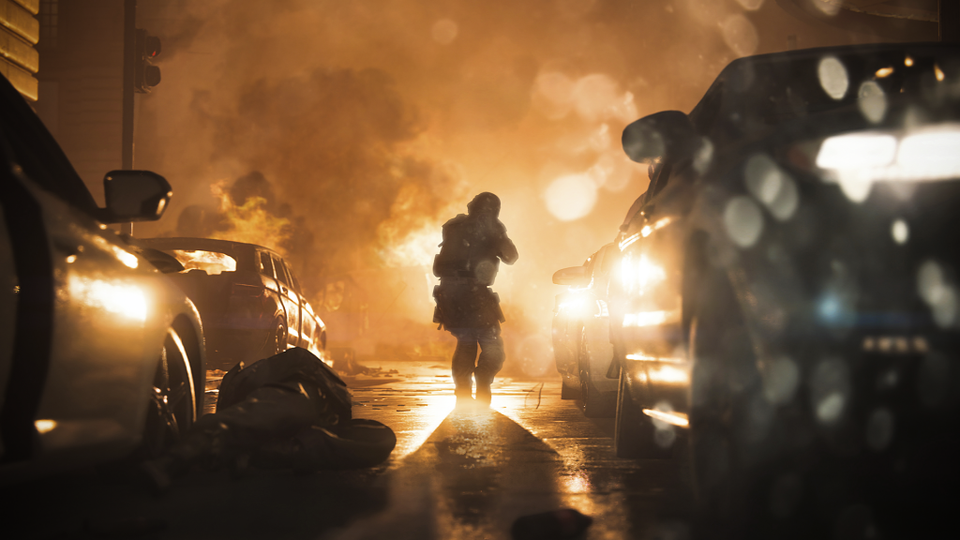 Available on: PlayStation 4 [reviewed on], Xbox, and PC

Call of Duty: Modern Warfare’s campaign is more throwaway blockbuster than challenging look at conflict, but its mission variety makes for an enjoyable few hours. And even with the disappointing Spec Ops, a wealth of entertaining multiplayer modes makes this a worthwhile addition to any Call of Duty fan’s collection.
7 Mission variety in campaign keeps things ticking over Sheer volume of multiplayer options Gunfight is a great addition for those normally scared off the competitive modes Story aims at being though-provoking but misses Spec Ops is exhaustingly difficult