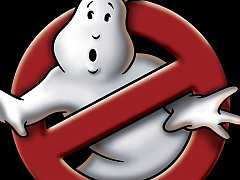 No other game can have had as much Hollywood involvement as Ghostbusters: The Video Game. From the film studio logos that appear while it’s booting and the iconic Ghostbusters theme tune, to the script penned (at least in part) by Harold Ramis and Dan Aykroyd, and the major film stars reprising their roles as the classic characters, this is Ghostbusters as you remember it. While not a direct movie tie-in (this isn’t the same story as told in either of the movies), this is fan service of the highest order, backed up by a game that’s a good deal of fun.

For all intents and purposes this is Ghostbusters 3, or Ghostbusters 2 if you’ve blocked the disappointing second film from your memory. The plot once again centres on ancient Sumerian God Gozer the Gozerian and all you really need to know is that New York is once again under attack from some nasty paranormal creatures – ghosts, gargoyles, flying chairs… you get the idea. Bill Murray, Dan Aykroyd, Harold Ramis and Ernie Hudson reprise their roles as Dr. Peter Venkman, Dr. Raymond Stantz, Dr. Egon Spengler, and Winston Zeddmore, while popular supporting characters Janine Melnitz and Walter Peck also return. Strangely it’s your own character, the new kid, who won’t be familiar to fans. This fairly generic-looking fresh-faced guy never speaks a word and has a habit of pulling faces that wouldn’t seem out of place on Saturday morning children’s TV. Some will find this an odd choice, but it’s just about pulled off thanks to the great cast.

As you might expect, Ghostbusters is primarily about catching ghosts. You’re equipped with a proton pack that’s able to produce a stream of energy that can weaken and grab hold of transparent floating nasties. At its most basic you shoot them with your proton stream (which will need a rest after a period of constant use) until the enemy’s health is depleted, grab hold, smash them into objects to stun, release your trap and finally pull them in. It’s classic ghost busting, just as in the movies, and before too long you’ll have various upgrades and new weapons to play with too.

This is where the game design may start to divide opinion. Upgrades to your proton stream will make it easier to lock on to enemies and the new traps mean you’re eventually able to slam dunk ghosts in order to capture them. This is good stuff and makes the game a great deal of fun. Problems may arise when you start to realise that the other proton pack abilities are essentially guns in Ghostbusters form. The slime shooting modification that’s useful against black slime and possessed creatures is a nice addition to your arsenal (and also doubles as a tether gun for some puzzle sections), but the homing machine gun-like weapon and shotgun-esque blast don’t fit in so well.

It’s not that they’re bad weapons (both work well and come with handy alternate fire modes), but they change the gameplay from ghost hunting to third-person ghost shooting. Immediately after these weapons become accessible the game revels in throwing tons of enemies at you, to the extent that the thrill of the hunt is completely lost. Later sections that require you to use the slime gun’s tether fire as an offensive weapon also seem badly misguided and hurt a game that is otherwise a great deal of nostalgia-filled fun.

Another complaint can be levelled at the weapon upgrade system. You earn cash throughout the single-player campaign that can be used to buy upgrades (new weapons are handed out automatically at set stages without cost), but due to the structure it never feels like you need to make a hard decision over what to upgrade. By the end of the game you’ll have upgraded everything to its maximum ability anyway, so having to buy them seems largely pointless.

Ghostbusters is at its best when you’re having to trap ghosts, so it’s a real shame that a large number of bosses don’t need you to do this, instead going down from weapons fire alone. A handful of bosses stand out in terms of design, but the battles generally fail to live up to the spectacle – in fact many of the sub-bosses that crop up throughout the levels are more entertaining to face off against. Even the fan favourite Stay Puft bows out in a final battle that roots your character to the spot as you fire at its face and mini-mallows.

Another part of the core gameplay experience is how you use the PKE meter, the handy device that shows where ghosts are hiding. When selected the game switches to a first-person perspective and the pace slows down a notch. Other than numerous artefacts that are hidden in each level the ghost hunting is fairly linear, but the pacing is good and there’s the odd decent scare too. We reckon the game would have benefited from more hunting, with the level of freedom increased, and far less machine gun/shotgun blasting. The story is excellent, bar one or two dud lines, the locations feature plenty that you’ll remember from the movies and the voice acting is superb, but the game itself becomes far too generic when it tries to be a third-person shooter.

Multiplayer is thankfully present and correct, although not in the form most will be hoping for. Although the game more or less has you battling alongside other members of the team for its duration (and moments when you’re not could have been tweaked, we’re sure), there’s no story mode cooperative play. The main multiplayer mode is called Campaign, and lets you play with three other Ghostbusters (in multiplayer you can play as the core team, which is nice), but it’s really a collection of game types thrown together. These include defending items, staying alive as long as possible, trapping as many ghosts as possible and a few others. Aside from the fact that this isn’t what we really wanted, playing with friends is still a good deal of fun and will provide plenty to do once you’ve rattled through the relatively short single-player campaign.

Just as the gameplay is a mixture of brilliance and baffling genericness, the visuals are equally varied. When everything’s kicking off, proton streams are being fired from all directions, ghosts are swirling about in the air and traps are being let off, Ghostbusters is an impressive sight – even if the frame rate struggles at times. Character models are superb, the locations are varied and the visual effects are great, but the lip syncing is terrible, the environments are sparsely decorated and the load times are bordering on horrendous. It’s certainly a decent looking game on the whole, but not as polished as we’d have liked.

If you’ve been waiting for Ghostbusters 3 or simply a video game that does the classic series justice, Ghostbusters: The Video Game won’t disappoint. The attention to detail here shames most other movie-licensed titles and there’s plenty of fan service that will please gamers and non-gamers alike. Had the core game been more focussed on the hunting and trapping we’d have had a potential classic, but even with issues (some poor weapons, difficulty spikes and disappointing multiplayer) you’ll likely have a great time.

When Manhattan is once again overrun by ghosts and other supernatural creatures,…

When Manhattan is once again overrun by ghosts and other supernatural creatures,…