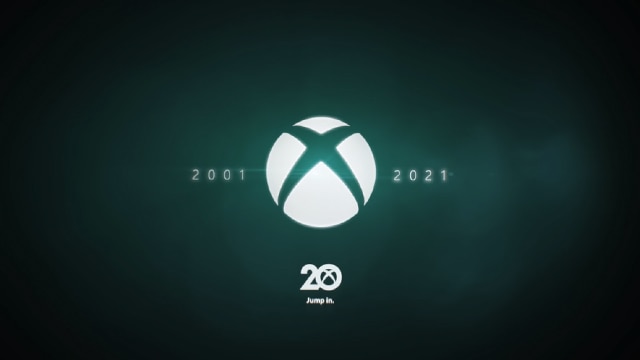 Xbox is celebrating its 20th anniversary this year, and has announced it will be undertaking a series of special events to mark the occasion, as well as holding a virtual Fanfest later this year.

As per the Xbox Wire, the original Xbox was launched on November 15, 2001 in North America, so for the next few months the company will be celebrating this milestone with the community via social media and the hashtag #Xbox20 as well as launching a range of appropriately themed merch. Helpfully, the anniversary also coincides with the same one for original launch title Halo, so Master Chief will also be popping up liberally throughout the celebrations and into the launch of Halo Infinite.

A big part of the celebrations between now and November will include this year’s Xbox FanFest, and while specific details are thin on the ground, you can sign up on the official website to register your interest and take part. Obviously with the current global situation prevents in-person festivities, those who sign up will be able to look forward to virtual gatherings which will include “exclusive sweepstakes, FanFest gear and digital experiences.”

Even those who don’t want to take part in the FanFest can get their hands on free stuff, with Halo annivesary themed wallpapers up for grabs, as well as special 20 Year gamerpic and an original Xbox-themed “The Original” dynamic background in the Personalisation menu of the Xbox Series X and Xbox Series S. A special ‘20 Year Collection’ of some of the Xbox’s best titles over the years has also been curated on the Xbox Store.

More events and celebrations are planned between now and the official birthday in November, and Xbox say to keep an eye out for further announcements on their official 20 Years of Xbox website. Meanwhile Halo Infinite is set to launch on Xbox Series X|S, Xbox One and PC later this Fall.