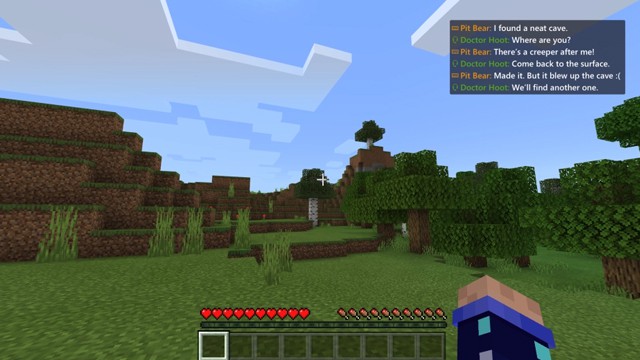 Xbox has announced that it will be introducing a couple of new very useful accessiblity options in its next dashboard update: Party Chat Speech Transcription and Synthesis.

As detailed over on the Xbox blog, the system already has the capability of transcribing in-game speech to text and reading it allowed like a screen reader, this functionality will now also be available in Party Chats with the next update, allowing words spoken in Parties to be written on screen on a handy adjustable overlay that can be placed wherever is comfortable for you during gameplay when enabled.

On the other side, enabling text-to-speech synthesis will allow users to type into Party Text Chat, and have whatever they’ve written read out to the rest of the party in a synthetic voice, with a multitude of voices per language able to be selected. It’ll be a massive boon to help deaf and hard of hearing gamers and others who might find it difficult to communicate in voice chat stay connected with their friends across games and join their pals in parties with minimal fuss.

When applied, the options in question can be found under Settings under Ease of Access, and the update is rolling out now to Xbox Insiders on Xbox Series X|S and Xbox One, with a view of bringing it to everyone else in the very near future. It marks the latest move in Xbox’s desire to improve accessibility options for all gamers, which included announcing a new program of Accessibility Guidelines it offered to publishers to aid them in developing accessible games back in February.

Xbox Party Chat will soon support transcribing speech into text and synthesis of speech from text but Xbox Insiders can check it out NOW! Learn more at https://t.co/NSw6Yw2JZp pic.twitter.com/r6acGXEFY7