Blizzard has confirmed that the Dragonflight expansion for World of Warcraft will be coming out at some point this year.

The expansion was revealed back in April, with a cinematic announcement trailer. Now executive producer Holly Longdale has said:

“We are thrilled to share that we’ll be bringing our next expansion to players later this year. Dragonflight is a return to Azeroth, and the freedom and exploration that World of Warcraft is known for.

“This is your chance to get up close and personal with the rich history of the storied Dragon Isles, and to immerse yourself in the high-fantasy at the core of the Warcraft universe.”

What’s more, there are three fancy editions of the game, which are now available to pre-order.

Finally, there it the Epic Edition, at £74.99, which grants you all Base and Heroic items, the Timewalker’s Hearthstone effect, the Diadem of the Spell-keeper head-slot transmog, the Wings of Awakening back-slot transmog in five color variants, and 30 days of game time. I haven’t the faintest idea what any of that means, but by Christ it sounds impressive.

If, on the other hand, you really want to show your passion for all things scaly, there is another option. The Epic Edition Collector’s Set. This thing, which is £129.99, gives you everything that the Epic Edition does. Only, it also includes an art of Dragonflight hardcover book, a mousepad, and a five-pin collector’s set. 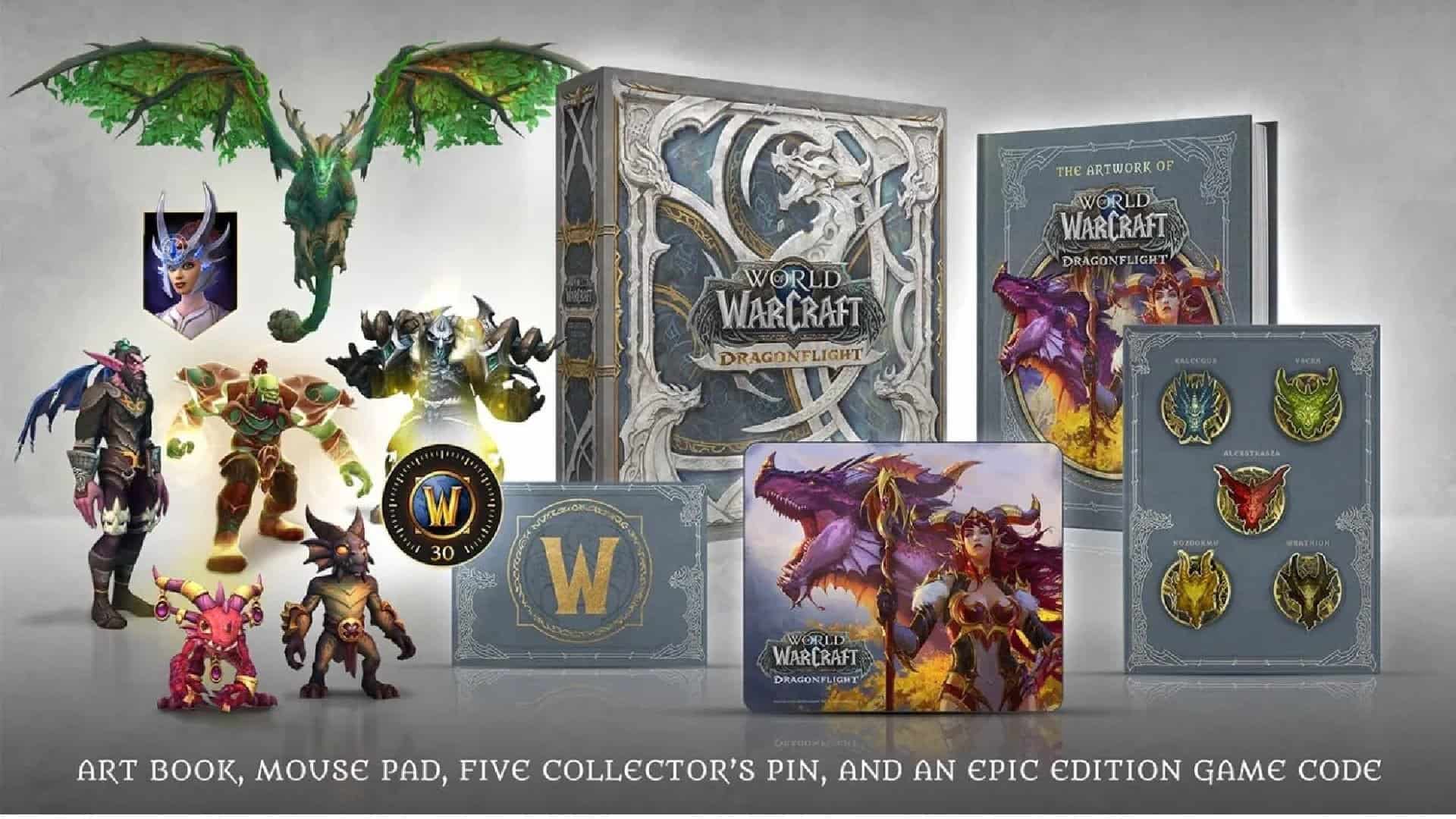 So there you have it. If you’re excited at the prospect of riding Dragons in World of Warcraft, 2022 will be a good year for you.