Will Diagon Alley be in Hogwarts Legacy? 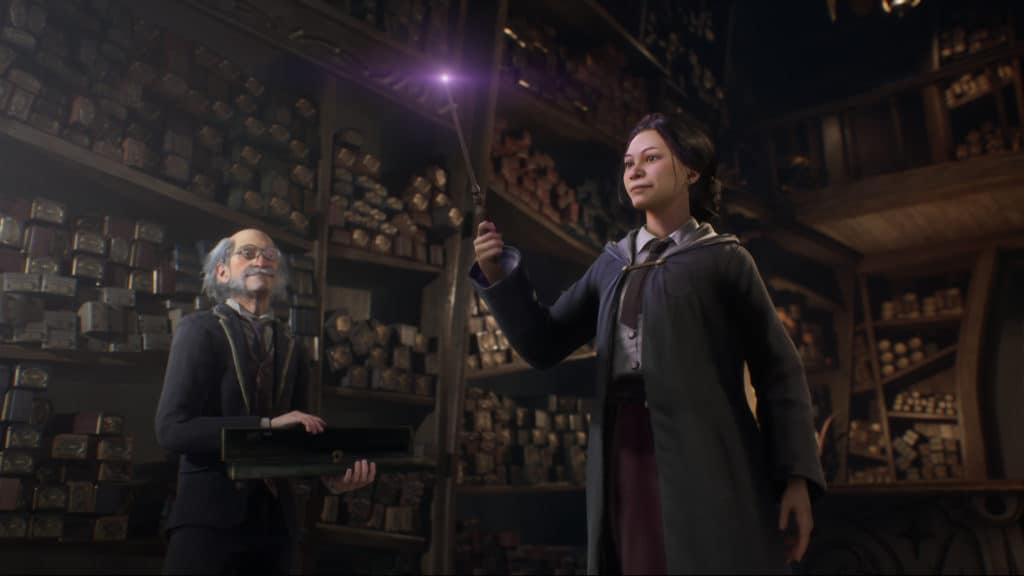 Hogwarts Legacy is littered with memorable locations from the popular Harry Potter series. Most of the locales you’ll see within the game, like the Forbidden Forest and Hogsmeade, have already been confirmed through multiple gameplay showcases.

However, there are still some notable areas that haven’t been shown so far, such as the famed Diagon Alley. It’s absence from official sneak peeks and trailers now has fans questioning its inclusion within the game. But fret not because now we’re here to give you the answers that you’re looking for.

Here’s all that we know about Diagon Alley and its appearance within Hogwarts Legacy.

Is Diagon Alley going to be in Hogwarts Legacy?

Yes, Diagon Alley will be one of the iconic locations that will be part of the game. Since this is the area where Hogwarts witches and wizards go to buy their school supplies, you’ll have your chance to see it in all its 19th century glory at some point.

NOW READ: Will Hogwarts Legacy be on Xbox Game Pass?

It’s important to note, though, that because most of the story and exploration occurs within the grounds of Hogwarts, Diagon Alley may only be accessible as part of a cutscene or a prologue. After you’ve purchased or accomplished all that you need within this area, it most likely won’t be accessible any longer.

Once you’ve arrived at Hogwarts, you also won’t be able to leave until after the school year. Since Diagon Alley is located in London, you wouldn’t be allowed to visit the famed magical hub even if you wanted to. Additionally, the presence of Hogsmeade within also means that this is where you’ll be able to purchase what you need. This negates the need for Diagon Alley’s presence throughout the story.