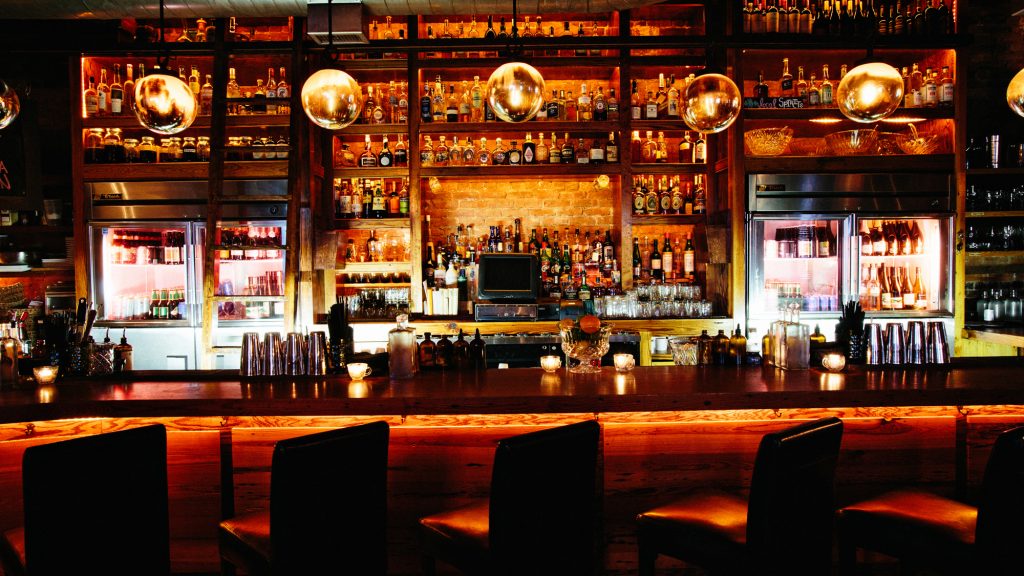 In Egypt, a news broadcaster invited COVID-19 for an interview.

Personally, I would interview my laptop, because I’ve been dying to know the answer to only one question: why did Assassin’s Creed Odyssey run fine for a few hours, then crash every time I tried to run it, making me uninstall it and then reinstall it months later, and now it runs fine again? Because of this, I’m now halfway through the game’s story, even though it was released in 2018. I’m not angry, I’m confused. That’s all.

I think a star would have plenty to tell about the way things used to be. When we look up at the night sky, we’re looking into the past due to the finite speed of light: if a star is seven light years away from Earth, the light we see has taken seven years for it to reach our eyes. Peering down at our planet, interviewing a star would reveal the planet’s history in a new light. That is, if the star is even there any more, which is a little morbid.

But, the stories that a bottle at the bar could tell, well, those would be sensational. It would have seen first dates, reunions, dust-ups, proposals, and a poor kid sweating bullets that their ID won’t hold up under those dim lights. Spies, celebrities, and civil servants may be their closest acquaintances, and it may have toasted arrangements that changed the course of history, not that we’d have even noticed. It would likely paint a fitting picture of humankind, filtered through the golden liquid and the thick glass. Here’s the news.

Pitting 150 players against each other in one map across two modes, Warzone is the newest battle royale to break the mould. In the Plunder mode, players team up and seek out the titular currency left in tidy little stacks in the world. Once a team has gathered $1 million, the game goes into overtime, all cash sums are doubled, and the team who has the greatest total when time runs out are the winners. Plunder is used to purchase in-game goods and respawn tokens for the other mode, Battle Royale. When a player is killed in Battle Royale, they’re sent to the Gulag, which begins a 1v1 gunfight between two eliminated players. Whoever is victorious gets to rejoin the fight. However, players are able to skip the Gulag and respawn immediately with respawn tokens; other players are also able to use their respawn tokens on teammates. As aforementioned, Warzone is free-to-play, and is independent of Call of Duty: Modern Warfare.

Avalanche Software wants a lighting technical artist “to work closely with a talented group of artists and engineers on an exciting, soon to be announced AAA title.” The studio hasn’t made a new game since Cars 3: Driven to Win, in 2017. It is unconfirmed, but people are theorising that the “soon to be announced AAA title” is the leaked Harry Potter ARPG that came to the fore in 2018. Warner Bros. Interactive Entertainment owns Avalanche Software, and industry insiders seem to be throwing their lot in with the rumours. Presumably, this new project was meant to be revealed some time during this year’s E3, but now that the event has been axed, maybe we’ll get a reveal sooner than later.

This new partnership adds to the 2K Sports collection, among MLB games, NBA games, and NHL games. The publisher’s NFL series would compete with Electronic Arts' Madden NFL series, the latter of which is set to see its rights to create official football sims expire in 2022. “Our partnership with the NFL and NFLPA remains unchanged. Our agreements have always allowed for non-exclusive development of non-simulation games on various platforms,” said EA in an official statement. “Madden NFL 20 is the most successful game ever in the franchise, and new modes like Superstar KO and our Madden NFL esports broadcasts are growing the fan base. We’ll be building on that momentum with more new and different experiences, on more platforms and with new ways to play, in the years to come.”

“We’re very committed to dedicated hardware, as we were before. We’re gonna continue to do that. And we’re very committed to quality exclusives. And to strong narrative-driven, single-player games,” said Herman Hulst. One of those strong narrative-driven, single-player games is now on Steam in its Complete Edition, offering The Frozen Wilds DLC along with some cosmetic and weapon extras. Rumours and reports stated that the game would make the leap, and now it is confirmed to be the first game from a first-party Sony studio to go multiplatform.

“After careful consultation with our member companies regarding the health and safety of everyone in our industry—our fans, our employees, our exhibitors and our longtime E3 partners—we have made the difficult decision to cancel E3 2020,” said the organisation in a statement. “We felt this was the best way to proceed during such an unprecedented global situation. We are very disappointed that we are unable to hold this event for our fans and supporters. But we know it’s the right decision based on the information we have today.” In response, Devolver Digital, Nintendo, Square Enix, Ubisoft, and Xbox are all exploring the potential of a digital event to showcase the content that would have been revealed during the annual trade event.

The Last of Us Part II delay reportedly prolonged, not alleviated, crunch

After Uncharted 4: A Thief’s End was released in 2016, Naughty Dog saw 70 per cent of its non-lead designers leave the company. As a result,  these positions were taken on by a “disproportionately high number of juniors and contractors,” who have struggled to keep up with the studio’s pursuit for perfection. “There’s a lot of pushing your current workload aside to meet these real-time demands that come across your desk,” said one developer. “Do this thing you weren’t planning for, that other thing you weren’t planning for, plus what you were planning for.” The Last of Us Part II team is suffering under corrosive crunch conditions while developing one of the most anticipated games of this year. “A lot of people are very proud that they’re making the Game of the Year, the top-quality game, the most amazing art. While that’s true, I don’t know if they’re calculating the sacrifices,” concluded another employee.

Blade Runner is returning to PC and consoles, as a “restoration” of the original 1997 game

“Blade Runner is still a jaw-dropping achievement on every level, so while we’re using KEX [engine] to upgrade the graphics and respectfully elevate the gaming experience in a way you’ve never seen before, we’re still preserving Westwood’s vision and gameplay in all its glory,” said Nightdive CEO Stephen Kick. The developer is partnering with Alcon Entertainment to deliver updated character models, animations and cutscenes, widescreen resolution support, keyboard and controller customisation, and multiple translations.  “While you can enjoy the benefits of playing the game on modern hardware, the game should look and feel not as it was, but as glorious as you remember it being.” Blade Runner: Enhanced Edition is coming to PC and consoles, and is in fact a remake that was “reverse-engineered” from the original game itself.