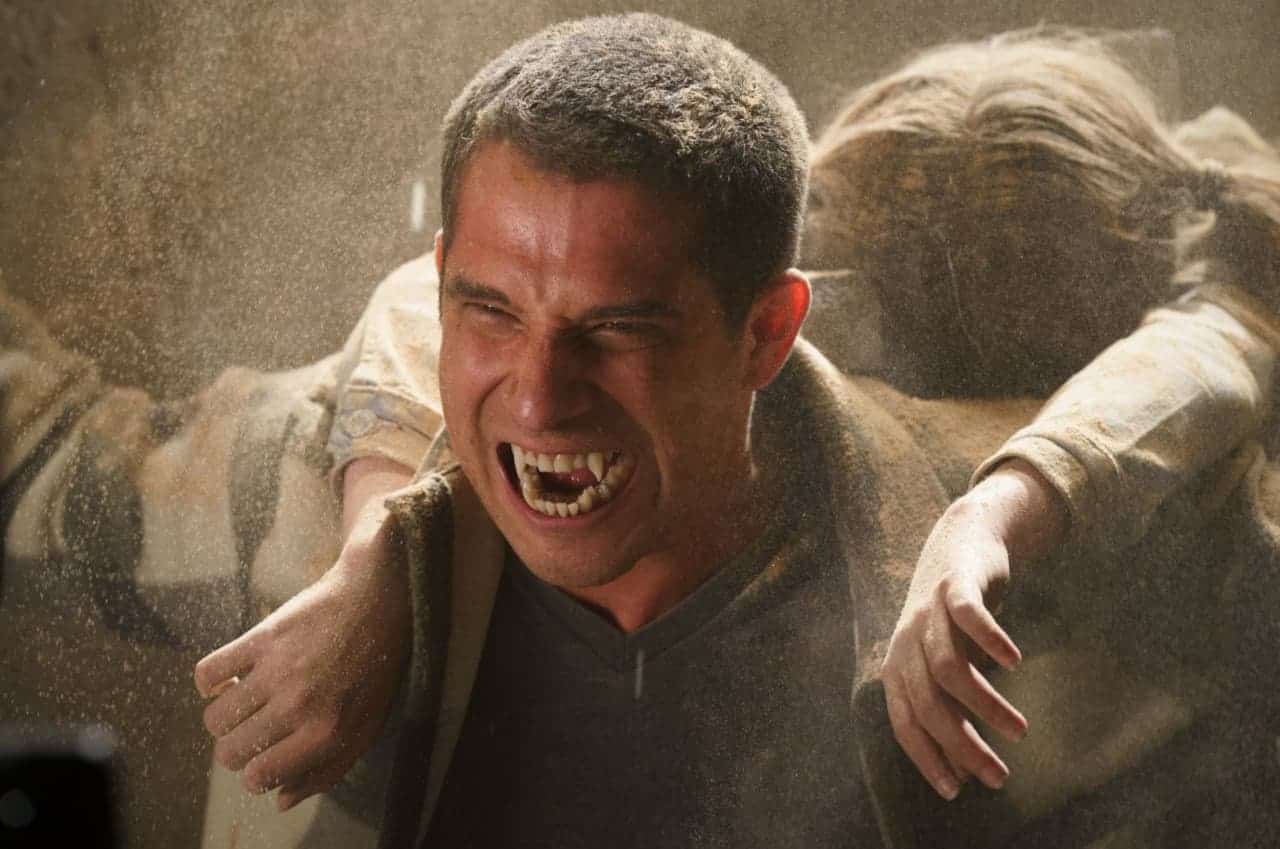 Teen Wolf The Movie has just had several several brand new first look photos released in anticipation of the movie’s release in just over a month on Paramount+.

The photos are a mixture of brand new cast portraits alongside several stills taken directly from scenes of the movie teasing events and reveals sure to shock and surprise fans while waiting for the movie’s release.

Beginning with the below photos taken directly from moments in the movie:

The above photo is a revelatory one for long term Teen Wolf fans as up until now, it had been kept under wraps (pun very much intended) that the fearsome and cruel Nogitsune has returned.

As the Nogitsune was last seen tormenting and menacing The Pack, Stiles in particular, in Season 3 of Teen Wolf. Where it served as the main antagonist of that season, taking control of Stiles and using him to increase its own power before being defeated by Scott and Kira.

But, how has the Nogitsune returned, and could it potentially have something to do with Alison’s mysterious return from death? A question that, unfortunately, will likely remain a mystery till closer to the movie’s release in January.

Following these stills from the movie, the official Teen Wolf social media accounts also released the below character posters for many of the returning lead cast members:

Is Teen Wolf coming back?

At the moment, no other official return beyond the movie has been confirmed. But, as they say, “Never say never”, as there is a good likelihood a return could happen if the viewing figures are high for the movie when it premieres on Paramount+.

Is Teen Wolf worth watching?

No one can give a definitive yes or no other than their opinion. But, in this writer’s personal opinion, Teen Wolf is easily one of the most important television series’ of the last 10 years. As, like Buffy The Vampire Slayer before it, it is an important touchstone for many who watched it due to the depth and quality of its storytelling and the issues that it tackled such as racism, xenophobia, and homophobia as part of its story.

Why did Stiles leave?

Stiles actor, Dylan O’ Brien, didn’t leave Teen Wolf, but rather had to make a reduced appearance in the show’s final season due to his filming commitments for the third Maze Runner movie.