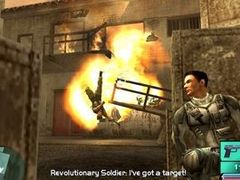 Kotaku reports that Sony Bend is rumoured to be working on a new title in the popular Syphon Filter series.

Sony Bend has been the developer behind the entire Syphon Filter series and more recently has been working on Resistance: Retribution for PSP.

We’re currently waiting to hear back from Sony, but don’t expect anything more than the typical “rumour or speculation” response.