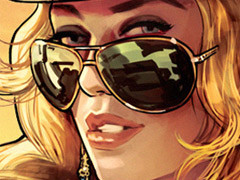 Sony has apologised to Rockstar and GTA fans for the leaks resulting from last week’s Grand Theft Auto 5 pre-load event.

Pre-order customers had been given the opportunity to download the full version of GTA 5 from the European PlayStation Store almost a month in advance of the game’s release to ensure that the download would be ready for day one.

However, some users were able to – inevitably – extract certain audio files from the download, which were later posted on the internet.

“Regrettably, some people who downloaded the digital pre-order of Grand Theft Auto V through the PlayStation Store in Europe were able to access certain GTA V assets,” said SCEE’s head of communications Nick Caplin in an update on PlayStation Blog.

“These assets were posted online. We have since removed the digital pre-order file from the PlayStation Store in Europe.

“We sincerely apologize to Rockstar and GTA fans across the world who were exposed to the spoiler content. GTA V is one of the most highly anticipated games of the year with a very passionate following, and we’re looking forward to a historic launch on September 17.”

The game’s opening theme and in-game TV advertisements are both thought to have been exposed, alongside all of the audio from the game’s radio stations.

However, Russian modder Yuriy Krivoruchko claims (via Rockstar Informer) that “it is not possible to run the game,” because “a Rockstar Games encryption key is needed which can be found only in the executable.”

But once a disc version of the game leaks “it will be possible”, he says.