Sega and Lego have announced the launch of their Sonic the Hedgehog Green Hill Zone official LEGO set this week.

The set comes from the brick makers’ LEGO Ideas collection, and was originally designed by 24-year-old British fan Viv Grannell. As we reported last year, Grannell submitted the concept through the LEGO Ideas website & gathered the required backing of 10,000 fans. This meant the set went into official production and was launched on January 1 of this year.

There’s a whopping 1125 bricks in the set, including five minifigures. These include Sonic, Crab, Motobug, Dr Eggman and Phantom Ruby. There’s also 10 ring boxes and even interactive elements including a working spring. There’s also six chaos emeralds and super shield and super speed TV screens too.

Lego designer Sam Johnson offers up a quote on the set. “Just about anyone who has enjoyed video games on any level in the last 30 years, knows and loves Sonic — and has probably sped through the unforgettable Green Hill Zone with him. We have designed this set to be just as colourful and fun as the in-game version of The Green Hill Zone, then filled it with lots of easter eggs and even prizes to help fans enjoy some of their most beloved gaming icons in a brand-new way.”

You can check out a trailer for the set (care of IGN) down below, which is available now directly through the online Lego store. The next video game outing we’re expecting from the Blue Blur will be Sonic Frontiers, coming during the Holidays at the end of this year. 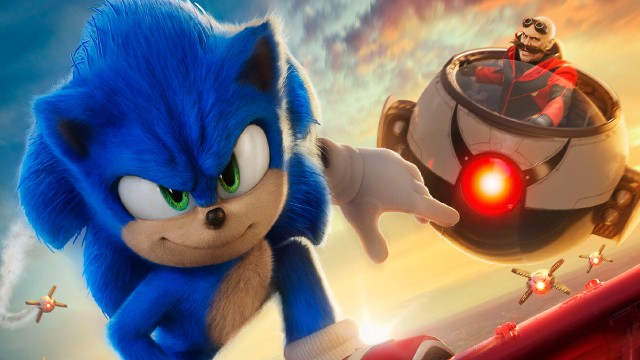