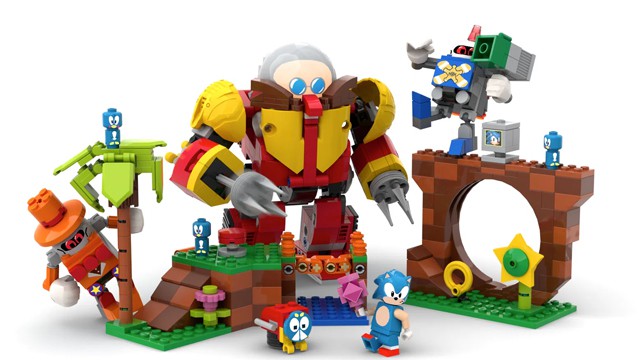 Updated on February 4, 2021 by Ben Borthwick

The LEGO Group and Sega have announced that they will be collaborating on an official LEGO set starring Sonic the Hedgehog, following a successful LEGO Ideas project from a fan.

UK Sonic fan Viv Grannell submitted her concept for a set based on 2017's Sonic Mania featuring the Blue Blur to the LEGO Ideas scheme, which quickly grew support from fans and gained 10,000 votes required for it to be submitted for review by the LEGO review board, who have now given the go ahead for the Sonic Mania: Green Hill Zone to be turned into an official LEGO product.

In a press release announcing the set, Grannell said "I’ve been invested in the world of Sonic for almost my entire life, and it’s such a perfect fit for the LEGO system that I spent about a year rallying support for it to happen. Having 10,000 people back my design was overwhelming enough, even with friends and family behind me, but having it be selected for further development was the most exciting secret I have ever had to keep!"

Grannell will now work with Sega and LEGO on the project as it moves into the product development phase, and LEGO say they'll announce the final product design, pricing and availablity of the set closer to launch. It's certainly apt timing, as it's Sonic the Hedgehog's 30th anniversary this year—earlier this week Netflix announced it will be releasing a new animated series starring everybody's favourite blue hedgehog.