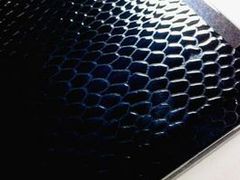 A snakeskin design 3DS is to be released as part of a 3DS hardware bundle for the launch of Metal Gear Solid: Snake Eater 3D. The new design was revealed by Kojima Productions and later teased in picture form by Hideo Kojima himself.

Kojima confirmed that the console would be the industry’s first snake pattern embossed design – something that doesn’t come as a surprise. Further details on the special edition handheld are set to be revealed on January 20.