Rockstar Games shared new artwork on its site, and it’s unlike anything that’s been seen before, therefore sparking speculation for a new game (via True Achievements).

The announcement for Red Dead Redemption 2 was a weathered Rockstar Games logo against a red background, so we know that the developer has pulled stunts like this in the past. Let’s not get too hasty, though, because nothing has been officially confirmed about the artwork. The first is the Rockstar Games logo with a stylish art nouveau look, with clean lines and a minimal colour palette. The text, “Killing Dreams. Murdering hope. Fighting the righteous and bullying the weak. Why don't you tell me what went wrong?” is hidden in the image—zoom in over the “R” and follow the curvature to the right of the letter. There are also seemingly unconnected letters and numbers dotted over the artwork.

The second image is that of a golden robot caressing the Rockstar logo, with a bottle of champagne and a scattering of rose petals. On the bottle of champagne, “Rockstar Games” and “1998” are inscribed. 1998 is the year that the developer was established.

What does it mean? You tell me. The clearest clue is that of “bullying the weak,” which could link to a remake or sequel of Bully. Lots and lots of people would love another game in whatever form it would take, but the colours of the first image don’t match the palette of the game. But, with the ‘80s-esque style of the artworks, some are suggesting that Agent has been revived and will be a next-generation game. Maybe, but the trademark for Agent was abandoned in 2018. We would have had news that Rockstar Games renewed the trademark, at the very least.

One other theory is that it’s teasing Grand Theft Auto VI, and it’ll be a futuristic setting for the super-successful series. That would be interesting, and would open up a world of possibilities in a property that’s celebrates its 23rd anniversary this year. Or, it’s the newest update for GTA Online. That would be a little bit of a letdown, though, and it seems strange to be this secretive about it if that is the case. We’ll keep you in the loop once we know more. 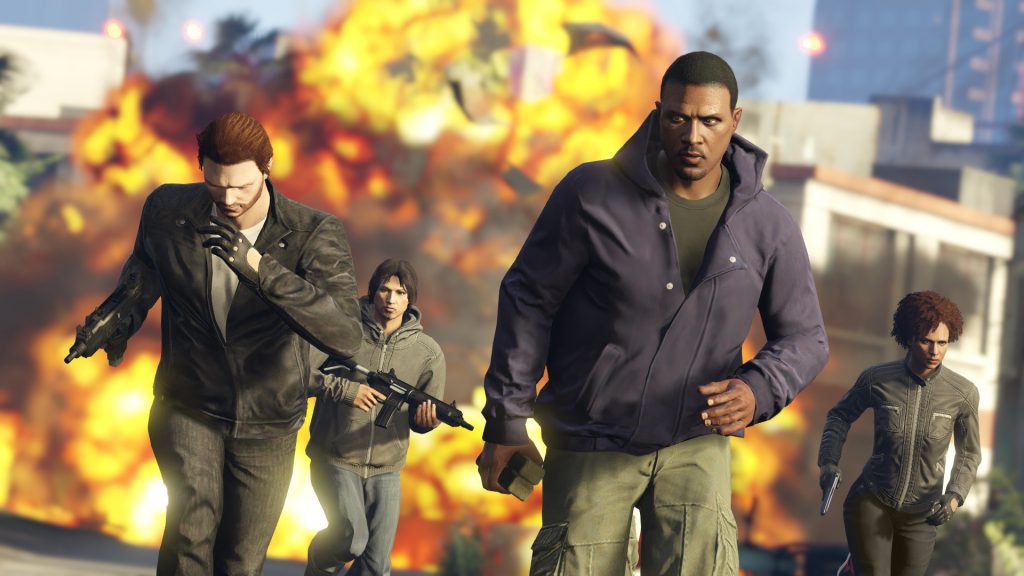