Rise of the Tomb Raider announced for Christmas 2015 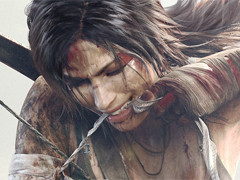 Crystal Dynamics has announced Rise of the Tomb Raider, due for release holiday 2015.

The game was revealed via a CG trailer during Microsoft’s E3 press conference and continues the origins story of Lara Croft following last year’s Tomb Raider.

“In the next chapter of her journey, Lara must use her survival skills and wits, learn to trust new friends, and ultimately accept her destiny as the Tomb Raider,” said Microsoft.

“Featuring epic, high-octane action moments, Rise of the Tomb Raider will take gamers to multiple locations around the world filled with exploration spaces that are some of the most beautifully hostile places on earth. In addition, after hearing the cry from fans loud and clear, the game will put the tombs back into Tomb Raider, all in the franchise’s gritty Survival-Action style.”

Expect to see the game on Xbox One, PlayStation 4 and PC.