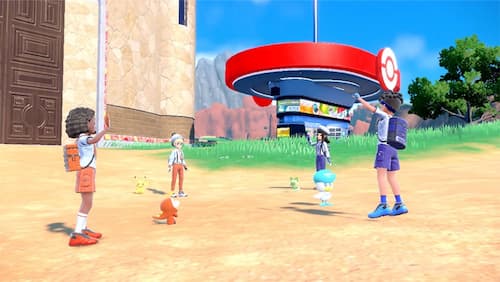 Pokemon Scarlet and Violet has quickly become one of the more popular recent releases from Nintendo even after the innumerable bugs that plagued its launch. However, that doesn’t necessarily mean that all is well with the players of Paldea.

NOW READ: How To Make Pokémon Scarlet And Violet Run Better On Your Switch

The Scarlet and Violet community is now having trouble with an integral feature of the game – it’s box management system. This troubling element in the franchise’s latest installment is further evidenced through a Reddit post from an irritated player.

Based on u/General_Secura92’s thread, moving the Pokemon you’ve caught from one box to another has become a chore in Pokemon Scarlet and Violet. This is because you now have to manually cycle through each one if you want to move a Pokemon to a specific container. This experience becomes even worse due to the fact that it takes at least three seconds to load up the content of a box.

They then go on to compare it to the box management systems of previous generations wherein it was much easier to navigate through multiple pages. In Pokemon BDSP, for instance, you could simply pick up a Pokemon and press the “Box List” option. This would then display all of the available boxes and you could simply choose which one you wanted to drop your Pokemon into.

Many commenters under the same thread agree with the poster’s sentiment. One response in particular had this to say about the omitted Pokemon Scarlet and Violet feature: “This bugs me so much. I was used to moving Pokemon so fast in Arceus.” Another player has seemingly fully given up on organizing their boxes, saying that “I also like to structure my boxes but I kind of gave up here just because it’s so extremely arduous to get anything done.”

Whether Nintendo decides to reinstate this feature within the game or not remains to be seen. Hopefully, they are somehow able to reintroduce in a future update because manually scrolling through boxes and hoping that it’s the right one has become a pain in everyone’s rear end.