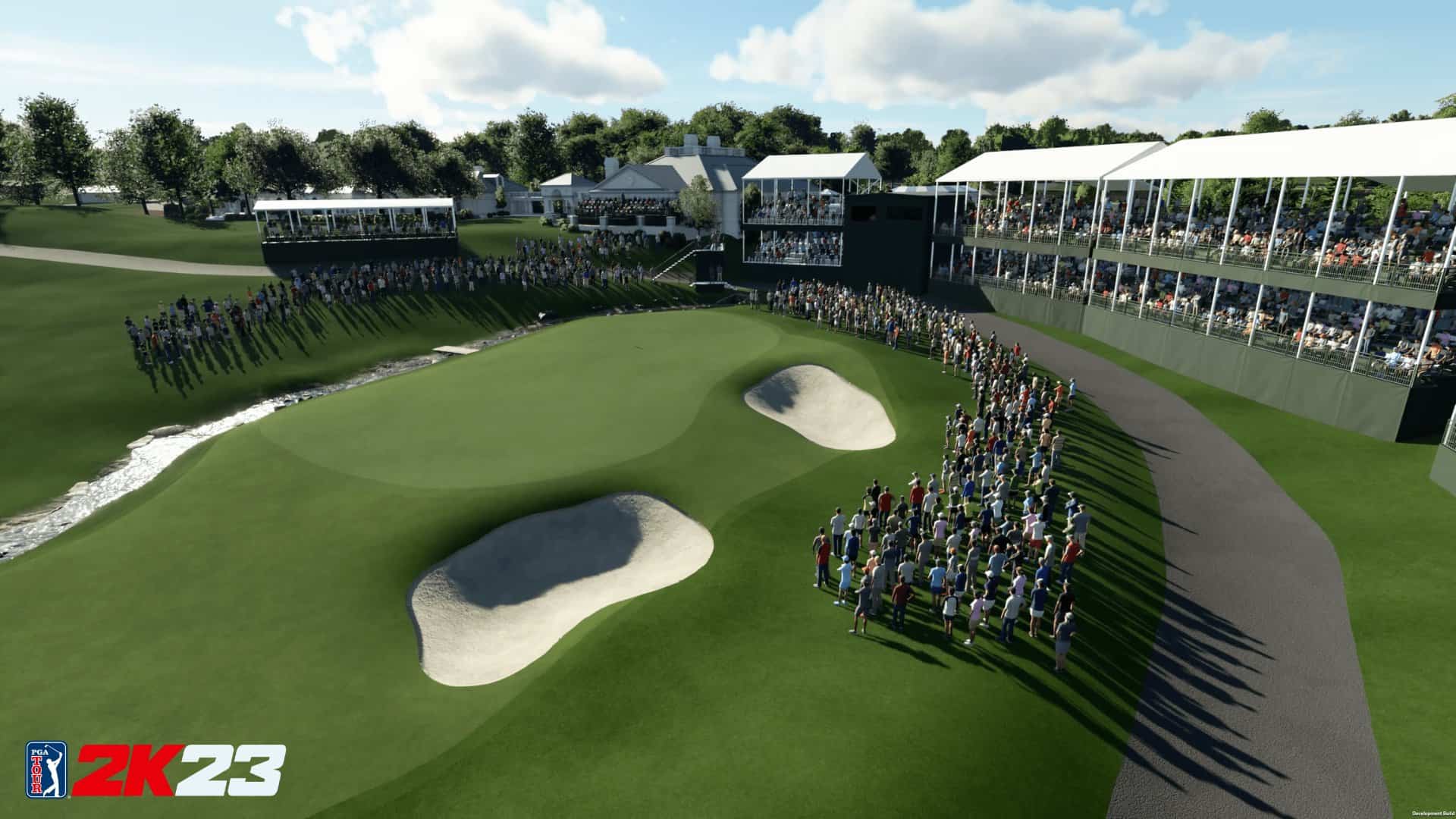 PGA Tour 2K23 is just around the corner now, with the special editions of the game being available from the 11th of October whilst the standard edition of the game doesn’t release until the 14th of October.

Recently we were fortunate enough to see all new information about PGA Tour 2K23’s Course Designer. After taking a year off, it looks like PGA Tour 2K23 is ready to return with some great new features in tow.

So let’s take a look at everything we know so far about PGA Tour 2K23’s Course Designer:

What Courses are in PGA Tour 2K23?

There are set to be  20 courses in the latest PGA Tour 2K23 at launch, as listed below, whilst we expect a few more to come after launch too. Giving the game a vast library of different courses.

In PGA Tour 2K21 there were over 288,000 courses made by the community, fortunately if you were one of the people who did build a course it is not lost. Any courses you made in the previous game can be imported in, but they will not be published straightaway, you will have the chance to go in and make some updates beforehand.

According to the developers the Course Designer this time around will be more user friendly than it has been in the past. Their goal is to try not to overwhelm new players to the franchise, who traditionally may not have jumped into the Course Designer before.

This means making sure there are less things on a screen at a time and other quality of life improvements, as well as a detailed tutorial to ease players in.

One of the biggest additions to PGA Tour 2K23’s Course Designer, is the focus on new flora. There has been a large focus on foliage, trees and nature in general for the new game, whilst there is scope for more content to potentially release in the future.

There will be updated:

Going into PGA Tour 2K23, there will be a highlight on the top community creators and the courses they create in game. These courses will sit curated and sit alongside licensed courses.

2K also spoke extensively with members of the community to figure out what they would want from a new updated iteration of the game mode. It’s because of these conversations they decided to simplify some of the menus to make the game mode more appealing to newcomers.

We can’t wait for PGA Tour 2K23, and if you’re the same check out all the information we have so far about the new game. Also, keep an eye out for more news as it breaks.