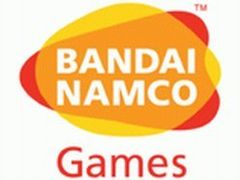 Namco Bandai, publisher of the likes of Tekken 6, Star Trek Online and Dead to Rights: Retribution, has announced it estimates it will report a $342 million loss this March. The publisher had previously estimated it would report a $93 million profit.

So where did it go wrong? The poor performance of key titles has been blamed, although specific games haven’t been named.

As a result, Namco Bandai will be restructuring its operations, with plans to reduce its 7,000 strong workforce by 630 come the end of fiscal 2010.