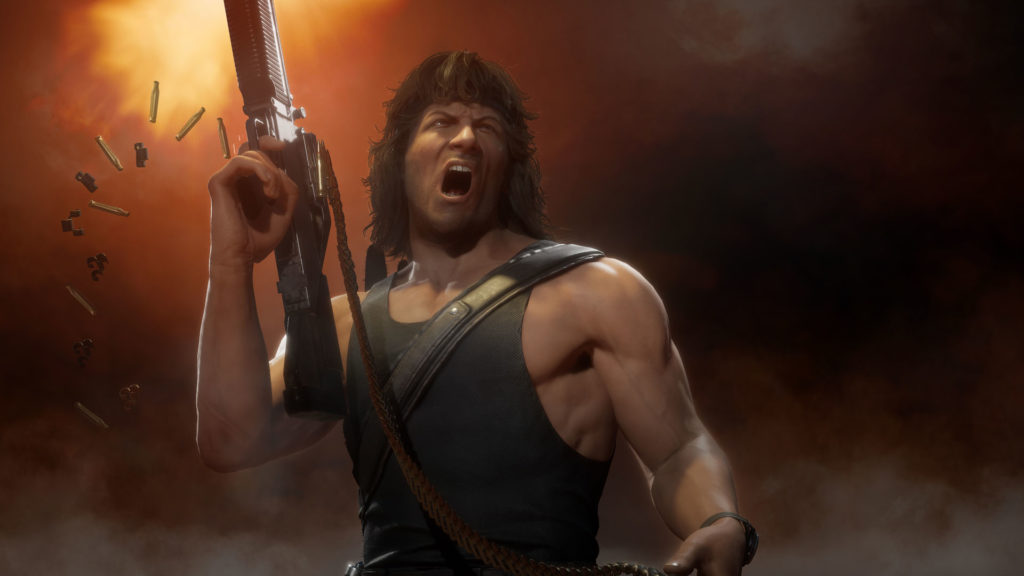 The next character trailer for the trio of new Kombatants coming to Mortal Kombat 11 Ultimate is here, and this time the focus is on guest character John Rambo.

As you probably expect, the movie hero's moveset relies heavily on weapons and tools, getting to show off some lethal knife skills that could give Kano a run for his money, as well as an outing for his explosive bow and arrow made famous in Rambo 2.

We also get one of the several dream 80s action movie match-ups you'll be able to bring to life as we see a little bit of what it'll be like putting Sly Stallone's character —with the actor also providing the voice here— against the Terminator, who was added to Mortal Kombat 11 in the first Kombat Pack, before finally taking a look at Rambo's Fatality that involves some nasty looking punji sticks.

Rambo comes alongside returning series characters Mileena and Rain in Kombat Pack 2, which will be available seperately or as part of the Mortal Kombat 11 Ultimate bundle featuring all the game's singleplayer and Kombatant DLC released so far and sees the game debut on Xbox Series S/X and PlayStation 5 from November 17.