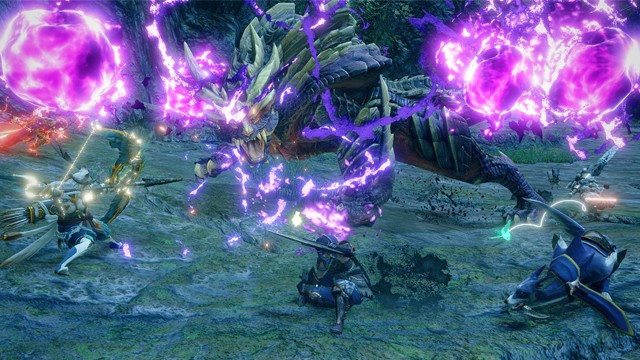 Capcom has revealed some new information on upcoming Nintendo Switch exclusive Monster Hunter Rise, including detailing the game's new Rampage missions and announcing a new, second demo will be out at the end of this week.

Rampage missions then are when a horde of angry monsters attack your hub of Kamura Village. You must act fast and guard the village, preparing defensive installations and holding the barricades against several waves of invading monsters.

Other things revealed during today's presentation were Switch Skills that you'll be able to unlock for each weapon that are in addition to the previously revealed Silkbind Attacks, dynamic difficulty scaling for multiplayer, the ability to set tags so you can party up with other Hunters who wish to achieve the same objectives as you and a camera feature.

Finally, the studio revealed that the game's demo —which originally launched back in January—will return to the Nintendo eShop, but will be updated with a new higher difficulty hunt against Magnamalo. If you've still got the first demo downloaded, you can keep the file on your Switch system and it'll be updated with the new content on March 12, and you'll also get your quest counter reset, allowing you to spend some more time with the trial.

Check out both the new trailer below for the game as well as today's entire Monster Hunter broadcast which included the release date for spin-off title Monster Hunter Stories 2: Wings of Ruin. Monster Hunter Rise launches exclusively for Nintendo Switch on March 26.