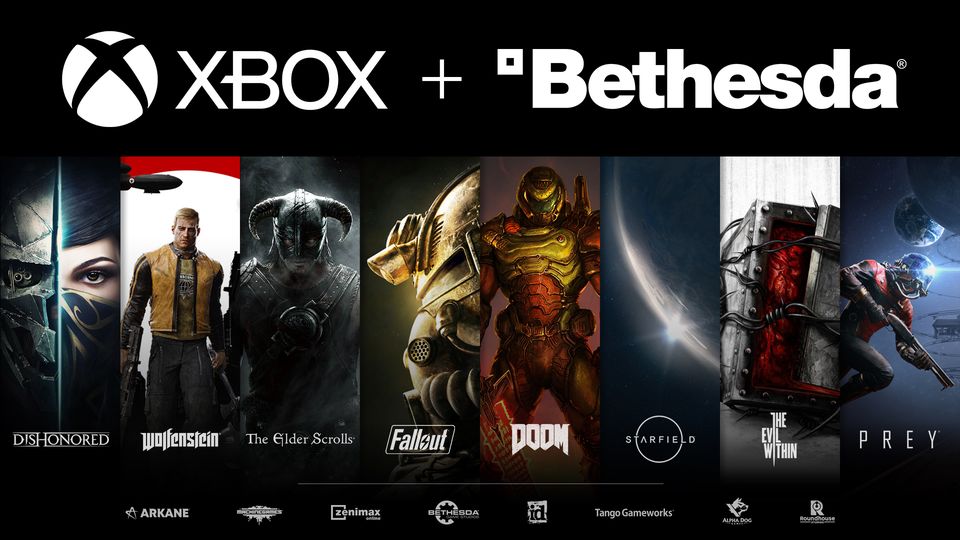 We may have had our clearest indication yet of Xbox's intentions for Bethesda games following the former's purchase of the latter earlier this year, as a senior executive for the company has said that Xbox wants future titles to be "first or better or best" on Xbox platforms.

The comments come from Tim Stuart—Chief Financial Officer at Xbox— who was speaking at the Jefferies Interactive Conference last week, as transcribed by Seeking Alpha and reported by Video Games Chronicle. Speaking to the $7.5 billion dollar deal, Stuart said that while the company doesn't want to keep future Bethesda titles from PlayStation or Nintendo, they do want to ensure there will be some degree of exclusivity.

“Yes. That’s not a point about being exclusive. That’s not a point about we’re being — adjusting timing or content or road map," Stuart continued "But if you think about something like Game Pass, if it shows up best in Game Pass, that’s what we want to see, and we want to drive our Game Pass subscriber base through that Bethesda pipeline. So again, I’m not announcing pulling content from platforms one way or the other. But I suspect you’ll continue to see us shift towards a first or better or best approach on our platforms."

Previously on the topic of Bethesda exclusivity, Todd Howard has spoken how he thought it would be "hard to imagine" The Elder Scrolls VI as an Xbox exclusive, while Xbox's Phil Spencer said that the company wouldn't necessarily need to go multi-format to recoup the funds spent on the acqusition itself. For now, current PlayStation exclusive titles Ghostwire: Toyko and Deathloop will retain their exclusivity—with the latter launching exclusively for PlayStation 5 and PC on May—while future titles will be decided "on a case-by-case basis."