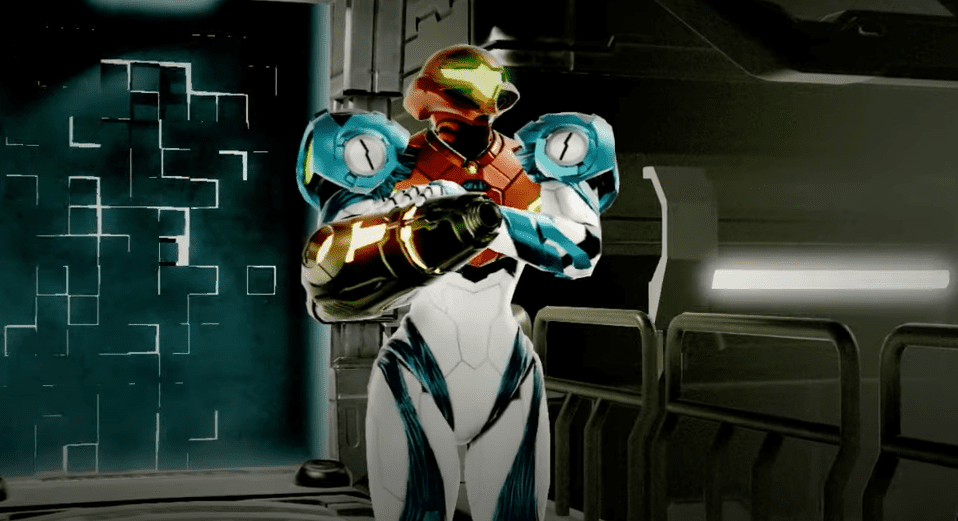 Nintendo has announced Metroid Dread, which is coming to to the Switch on October 8, and has a reveal trailer.

It was revealed during the Nintendo Direct showcase at this year’s E3.

In the trailer, Samus is chased by an aggressive robotic dog, whose body flips and realigns. It’s quite a nerve-wracker. In tune with the ominous title, the mood of the game feels eerie and dark. Take note of the drained colours: the way that Samus’s armour gleams amidst the enclosing murk.

“Suit up as Samus Aran in the first new entry of the 2D Metroid saga in more than 19 years, Metroid Dread, launching 10/8. Continue Samus’ story after Metroid Fusion, exploring a strange new planet alone and hunted by the ominous E.M.M.I.”

Metroid Dread is a sequel to Metroid Fusion, then, which came out on the Game Boy Advance in 2002. What is even more intriguing is that the name “Metroid Dread” has haunted the series for years. It was first leaked in an internal software list, in 2005. Then, its name could be discovered in Metroid Prime 3: Corruption.

MercurySteam is developing Metroid Dread—who previously made Metroid: Samus Returns, on the 3DS. In fact, you can see a parry move in this new trailer, similar to the one in that game.

Metroid Dread is out on Nintendo Switch in October 9.