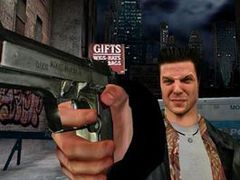 Max Payne is the next PS2 Classic coming to PS4

The PS2 version of the original Max Payne is coming to PS4 this Friday, April 22, judging by an update on PlayStation Blog.

The post simply lists ‘Max Payne’ for release on the PS4 PlayStation Store this Friday, but doesn’t include any further details. As with other PS2 Classics, you should probably expect it to have been upscaled to run at 1080p and feature support for Trophies.

Max Payne launched on PC in 2001 before arriving on PS2 around six months later. The latest game in the series, Max Payne 3, arrived on PS3, Xbox 360 and PC in 2012. Last month, the game’s original creator Remedy said that it believed it could create a “cool” new entry if Rockstar ever asked it to return to the series.