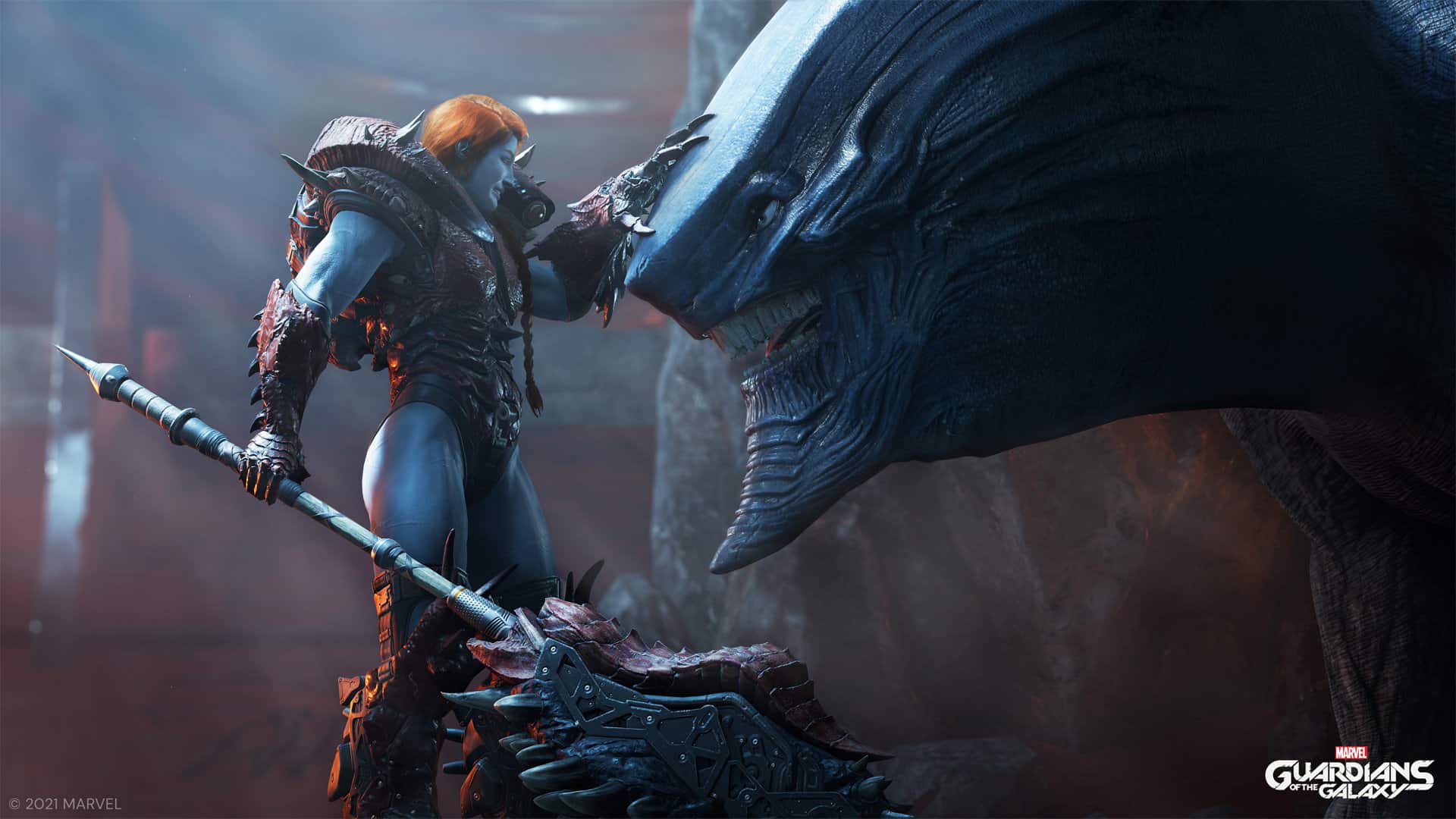 Square Enix has released a pair of new videos for the upcoming Marvel’s Guardians of the Galaxy introducing one of the game’s villains, Lady Hellbender.

In the game, the gang will meet up with Lady Hellbender as Star Lord and the Guardians plan an elaborate heist. The first step is to convince the monster hunter to buy either Groot or Rocket depending on the player’s choice, with the intention of breaking them out later. Of course, things quickly go awry, and this encounter will set off the events of the game and a struggle for the fate of the universe.

In Marvel comics lore, Lady Hellbender first appears as a villain in 2015’s Totally Awesome Hulk #1. Cinematics and Art Director Darryl Purdy gives us some on her inclusion in the game. “Lady Hellbender is a fan-favourite character from Marvel’s recent comic lore, and we were keen to ensure her place in our Guardians universe reflects the complex personality, depth, and nature fans expect to see. And with humour instilled in every aspect of our game, this gave us an opportunity to flip expectations with the story and introduce an unexpected dynamic between her and a certain Destroyer.”

In an accompanying Director’s Commentary video, Purdy also talks us through the scene with some interesting information on how the team wanted to subvert expectations, and how player choice and the previously touted social mechanics will play an important factor in how the game’s story plays out. You can check out both videos for Lady Hellbender’s introduction to the Guardians of the Galaxy below.

Marvel’s Guardians of the Galaxy is currently scheduled to launch on October 26 on Xbox Series X|S, Xbox One, PlayStation 5, PlayStation 4 and PC.