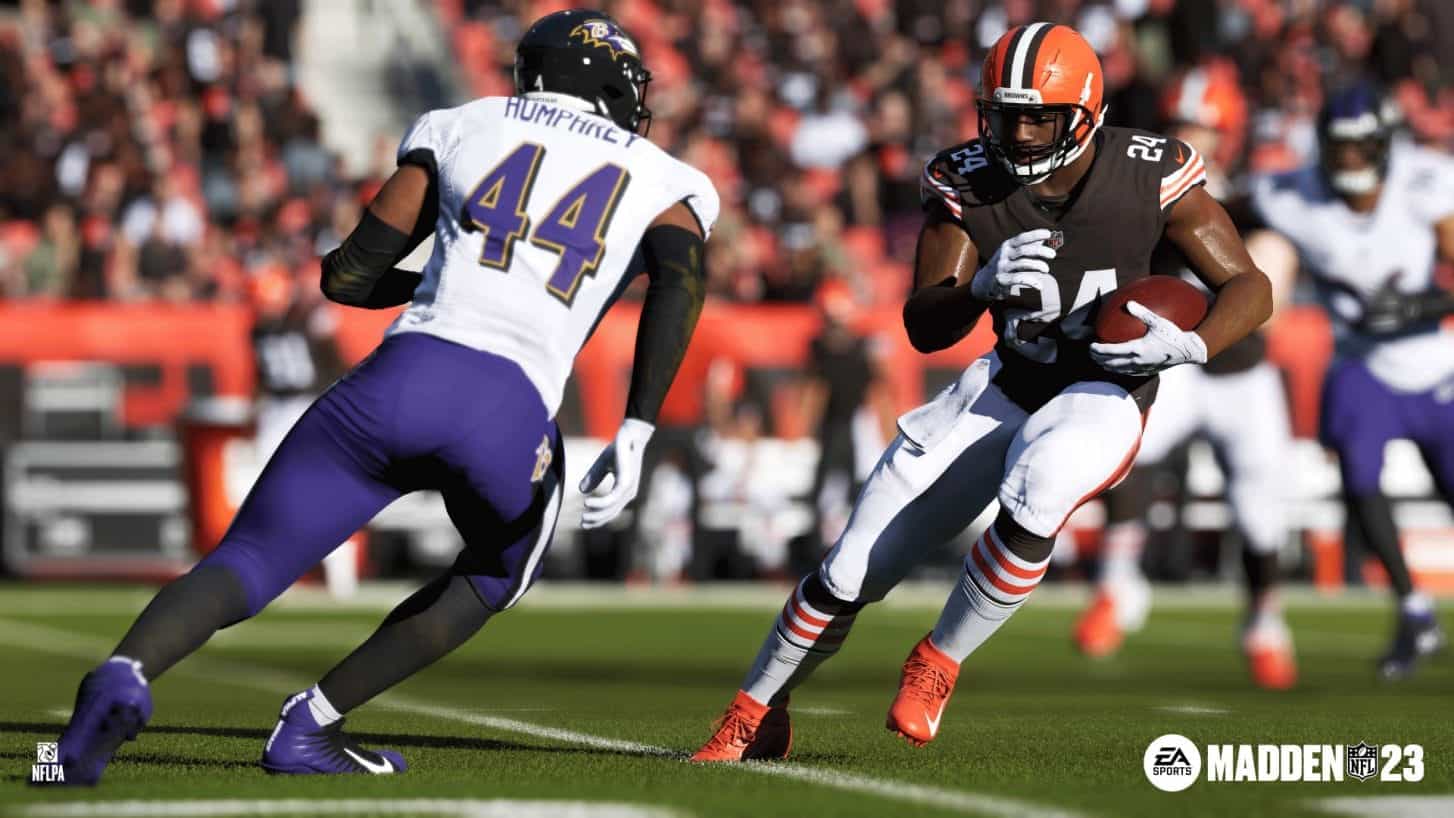 Week 12 of the NFL regular season was special. With three exciting showdowns taking place on Thanksgiving to go along with all the great food and family time fans were delving into, the rest of the games that followed on Sunday and Monday were arguably just as good, and presented Madden 23 with plenty of stars to choose from for their next TOTW.

Today at 10:30AM ET, Madden 23 revealed its latest set of TOTW players and it’s safe to expect at least one player from the Thanksgiving games to be featured in their selection. But of the remaining games from Sunday and Monday, who can we anticipate to see on the new Week 12 TOTW?

NOW READ: Check out the new players that came in the Madden 23 Week 11 TOTW release here.

But without another moment to spare, let’s dive right in and scope out all the new players from the Madden 23 Week 12 TOTW selection.

Offensive Player Of The Week (94 Overall)

The Madden 23 Week 12 Offensive Player of the Week is Jacksonville Jaguars quarterback, Trevor Lawrence. The Jaguars delivered a big 28-27 upset against the Baltimore Ravens and a key part of their success was due to the amazing performance Lawrence produced.

The second-year man completed 78.4% of his 37 pass attempts for 321 yards and three touchdowns with no interceptions. In addition, Lawrence led the Jaguars to secure their game-winning touchdown with only 18 seconds to spare in the fourth quarter. The young man came to play and deserves to be the Madden 23 Offensive Hero.

Defensive Player Of The Week (94 Overall)

The Madden 23 Week 12 Defensive Player of the Week is Seattle Seahawks star safety, Quandre Diggs. Though the Seahawks came up short to the Raiders 40-34, Diggs had himself quite the performance regardless and played a significant role as to why it went into overtime in the first place.

In the Seahawks loss, Diggs had six combined tackles, two interceptions, and two passes defended as well. The Seahawks safety has continued to impress throughout his career and this game was no different.

Over the last five TOTW drops, Madden 23 has included two Limited Edition (LTD) cards you can acquire, one offensive player and one defensive player, and this week is no different.

These LTDs are typically two active NFL players that had incredible performances in previous seasons during the same game week that is being celebrated – so in this case Week 12.

Here’s a look at the two LTDs that were selected for the Week 12 TOTW:

In the Cleveland Browns Week 12 win against the Miami Dolphins in 2019, Landry went off, catching 10 of his 13 targets for 148 yards and two touchdowns. As a result of this remarkable performance, Madden 23 felt it was justified to have Landry be one of their Week 12 TOTW LTDs.

In the Los Angeles Chargers Week 12 loss over the Buffalo Bills in 2019, edge rusher Joey Bosa had nine total tackles, three sacks, five quarterback hits, and one fumble recovery. The Chargers linebacker had himself an outstanding day and Madden 23 felt it was only fair to recognize Bosa as their second Week 12 LTD.

This week, Madden 23 revealed a Week 12 Record Breaker LTD that fans will be able to acquire for 48-hours upon its release in-game. In the Atlanta Falcons tight 27-24 Week 11 win over the Chicago Bears, Cordarrelle Patterson made NFL history by completing his 9th kick return touchdown, the most ever by any player.

Near the end of the second quarter, Patterson took a kick return 103 yards to the house for a touchdown to cut the Falcons deficit to three, 17-14. Even though he’s only 31-years-old, Patterson continues to set the bar for what a true versatility player can do in the NFL and Madden 23 had to recognize him for his special achievement.

Over the previous six weeks of the TOTW Program, Madden 23 has been having ESPN Fantasy Football Analyst Matthew Berry select a Hero every week.

In case you missed it, Berry’s Madden 23 Heroes come with two versions. One is always the rating of a Hero (so now 91 overall) and the other is a BND version (86 overall) that you can unlock by completing in-game challenges.

Once you collect all of Berry’s premium Hero players (all of the 89, 90, and 91 overall versions), you will receive an exclusive player reward come the end of Season 2. Here’s all of the other Berry Heroes you’ll need to collect to earn the exclusive reward: