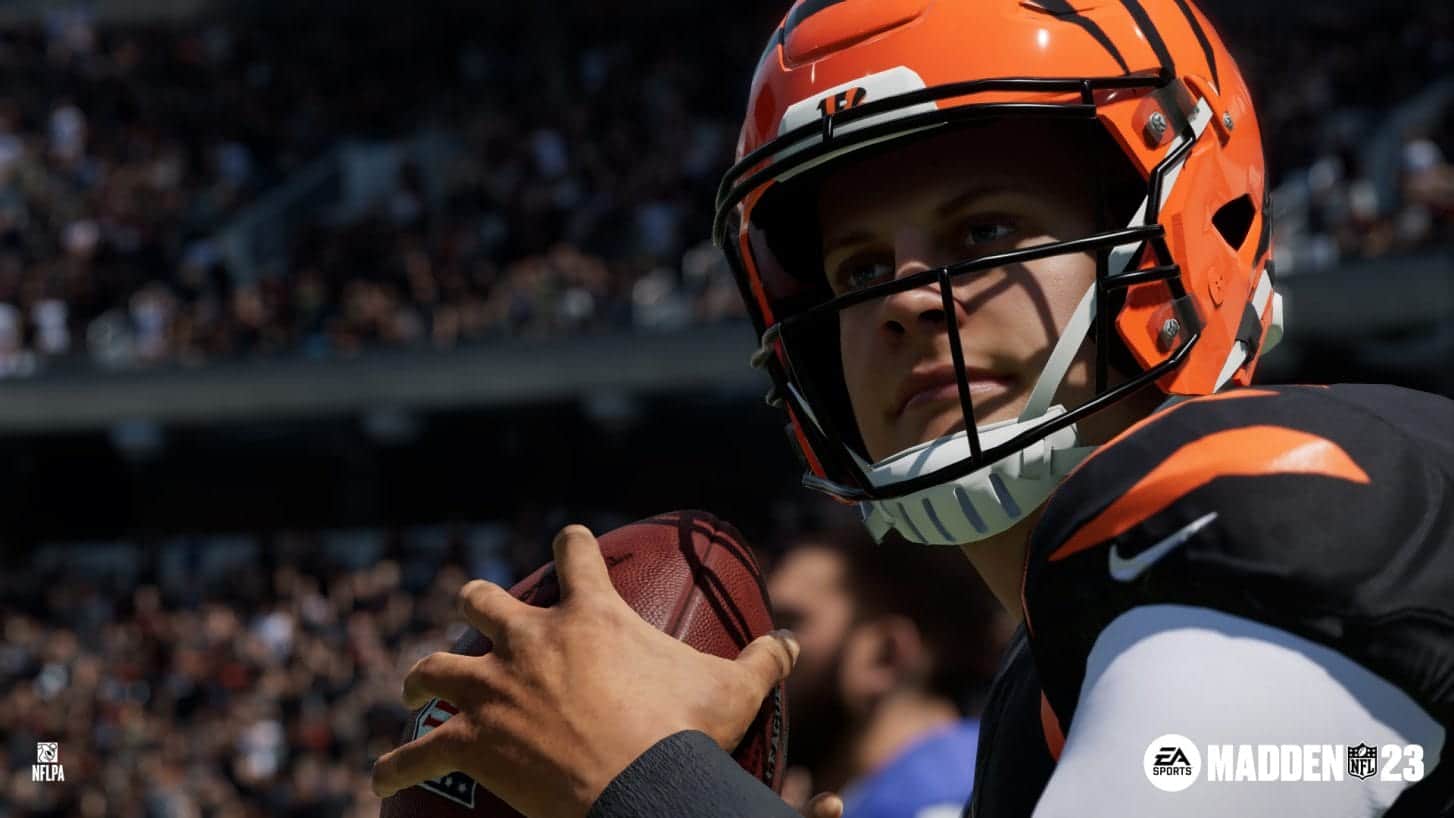 The first eleven weeks of the NFL regular season are officially wrapped up in the books. And along with the close of the NFL Week 11 chapter, returns yet another set of Madden 23 TOTW players fans will be able to get their hands on for their lineups.

Every Tuesday at 10:30AM ET, Madden 23 reveals its newest set of TOTW players on its Twitch show ‘Good Morning Madden’, and its Week 11 drop has the makings of a special one. Over this past game week, the NFL was home to plenty of close games, high-scoring shootouts, and some big blowouts.

In addition, the NFL completed its international tour this season with its final matchup of the game week between the Arizona Cardinals and the San Francisco 49ers taking place last night at the Estadio Azteca in Mexico City, Mexico.

READ NOW: Check out the Week 10 TOTW players that were released in Madden 23 here.

But of all of the incredible showdowns that took place over Week 11, which NFL stars were selected for the Madden 23 Week 11 TOTW?

Without further ado, here’s the full list of players that made the Madden 23 Week 11 TOTW.

Offensive Player Of The Week (93 Overall)

The Madden 23 Week 11 TOTW Offensive Player Of The Week is Dallas Cowboys running back, Tony Pollard. Despite playing alongside backfield mate Ezekiel Elliot all season, Pollard has still managed to have himself one breakout season and put that on full display in their emphatic 40-3 Sunday victory over the 8-2 Minnesota Vikings.

In the Cowboys statement win, Pollard had himself a day. Not only did Pollard accumulate 80 yards on 15 attempts, but he also reeled in all six of his pass targets for 109 yards and two touchdowns. The young budding star has proven to be an X-Factor for the Cowboys this season and delivered an outstanding performance en route to a huge win over the Vikings.

Defensive Player Of The Week (93 Overall)

The Madden 23 Week 11 TOTW Defensive Player Of The Week is Washington Commanders cornerback, Kendall Fuller. The Commanders have won five of their last six games to move over .500 for the first time since Week 1 with a 6-5 record. And a key reason why they’ve had this kind of success, has been due to their defense.

This came into play once more in yesterday’s 23-10 win over the Houston Texans, when Fuller came away with a 37-yard pick six to put the Commanders up on the board early in the first quarter. Fuller also had himself four combined tackles and a pass defended as well. His sharp play provided a big boost for the Commanders this week and the Defensive Player Of The Week honors was well earned.

Every week, Madden 23 now includes two Limited Edition (LTD) players in their TOTW drops, one offensive and one defensive.

Let’s have a look at the two LTDs that were selected for the Week 11 TOTW:

In the San Francisco 49ers Week 11 win against the Arizona Cardinals in 2019, quarterback Jimmy Garoppolo threw for 424 yards and four touchdowns to go with a 75.6 completion percentage on the day. As a result of this incredible game, Madden 23 felt it was justified to have Garoppolo be one of their Week 11 TOTW LTDs.

In the Los Angeles Chargers Week 11 win over the Buffalo Bills in 2017, cornerback Casey Hayward Jr. had himself four total tackles, two interceptions, and three passes defended. The former Chargers cornerback had himself quite the outing and Madden 23 felt Hayward Jr. was worth recognizing as their second Limited Edition player.

For the last five weeks of the TOTW Program, Madden 23 has been having ESPN Fantasy Football Analyst Matthew Berry select a Hero every week.

For those of you that don’t know, Berry’s Madden 23 Heroes come with two versions. One is always the rating of a Hero (so 90 overall) and the other is a BND version (85 overall) that you can unlock by completing in-game challenges.

Upon collecting all of Berry’s premium Hero players (all of the 89 and 90 overall versions), you will receive an exclusive player reward come the end of the season. Here’s all of the other Berry Heroes you’ll need to collect to earn the exclusive reward:

For Week 11, Berry selected Kansas City Chiefs quarterback Patrick Mahomes as his TOTW Hero. In the Chiefs huge 30-27 win over the Chargers, Mahomes had 329 passing yards and three touchdowns.