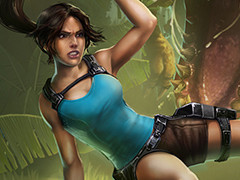 The long-in-development Tomb Raider movie reboot at MGM and Warner has secured the services of Norwegian director Roar Uthaug. The film will be his first English-language picture, reveals The Hollywood Reporter.

The project is also on the brink of scoring a new screenplay from Geneva Robertson-Dworet, who is co-writer on Transformers 5.

Graham King of GK Films is producing, having grabbed the rights from Square Enix in 2011.

The Tomb Raider reboot will feature Lara’s first adventure, and is believed to be an origins story similar to that of the recent video game revival.