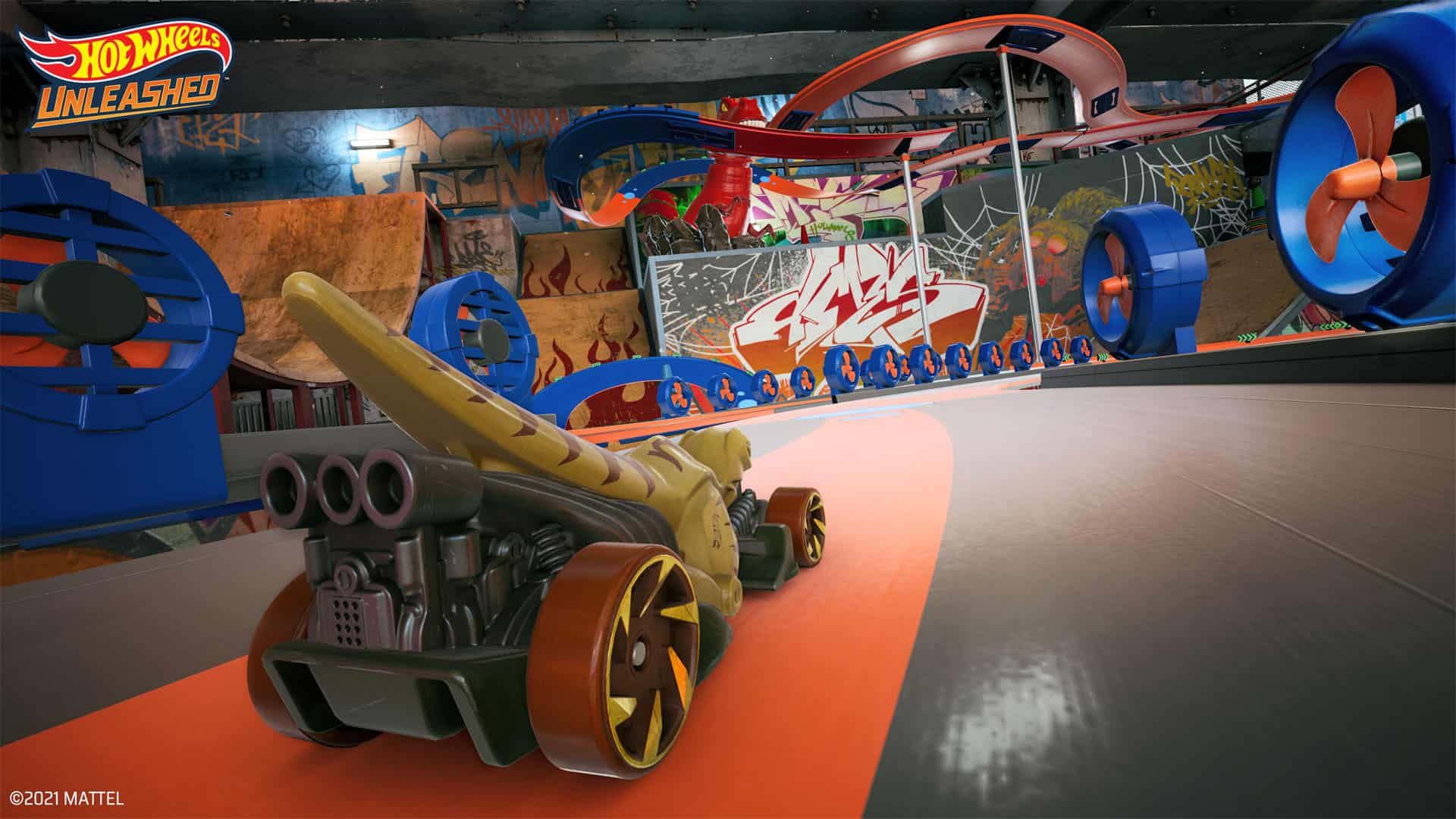 Developer Milestone has released a couple of new trailers for upcoming toy racer Hot Wheels Unleashed, showing off the game’s Track Builder that will allow players to create their own custom courses and share them with the world.

Alongside the trailer, a five minute deep-dive has the game’s Lead Game Designer Federico Cardini taking us through the basics of creating our own track. Your first step will be picking from one of the game’s pre-set environments in which to base your course, including the previously revealed Skatepark and College Campus environments.

Once done, you’ll be able to pick from a whole host of modules, each with their own properties and features. You’ll then be able to twist and turn these pieces to your will, fitting them together just like you’re playing with a incredibly-souped up version of the toy track. You’ll also be able to customise each module with variants, interactive objects and tweak behaviours and properties to really make your track your own.

Of course, you’ll have to validate your track once it’s completed to prove that it can be completed before it goes online. Once that’s done, however, you and your friends will be able to download your track and use it in any of the game modes in the game, including Time Attack, Split Screen and Online.

Check out both videos for yourself below. Hot Wheels Unleashed is scheduled to launch on Xbox Series X|S, Xbox One, PlayStation 5, PlayStation 4, Nintendo Switch and PC on September 30, 2021.