Hot Wheels Unleashed heads to the Skatepark in its latest trailer 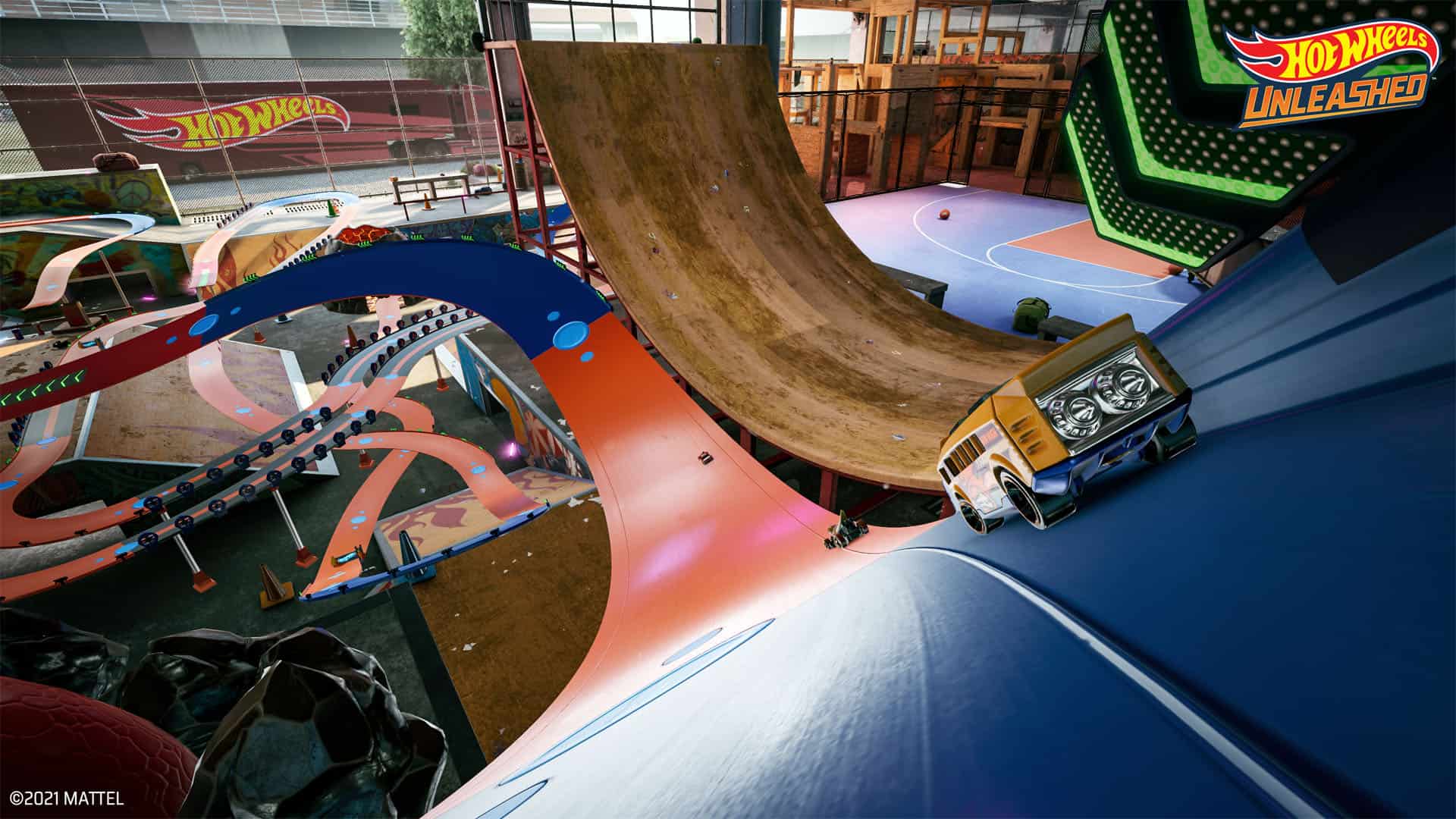 As you’d expect, this environment features plenty of half pipes, kickers and railings dotted around for your diminutive cars to race around, but there’s also a basketball court and even a giant T-rex to watch out for. You’ll be able to create your own courses as you see fit and race around with vehicles fans of the toys might be familiar with, including Tur-Bone Charged, Roller Toaster and Veloci-Racer to name but a few.

It’s the latest and largest environment revealed for the game, joining the previously revealed College Campus, Garage and Skyscraper environments that’ll all feature in the final game. Hot Wheels Unleashed is scheduled to launch on September 30 for Xbox Series X|X, Xbox One, PlayStation 5, PlayStation 4, Nintendo Switch and PC.