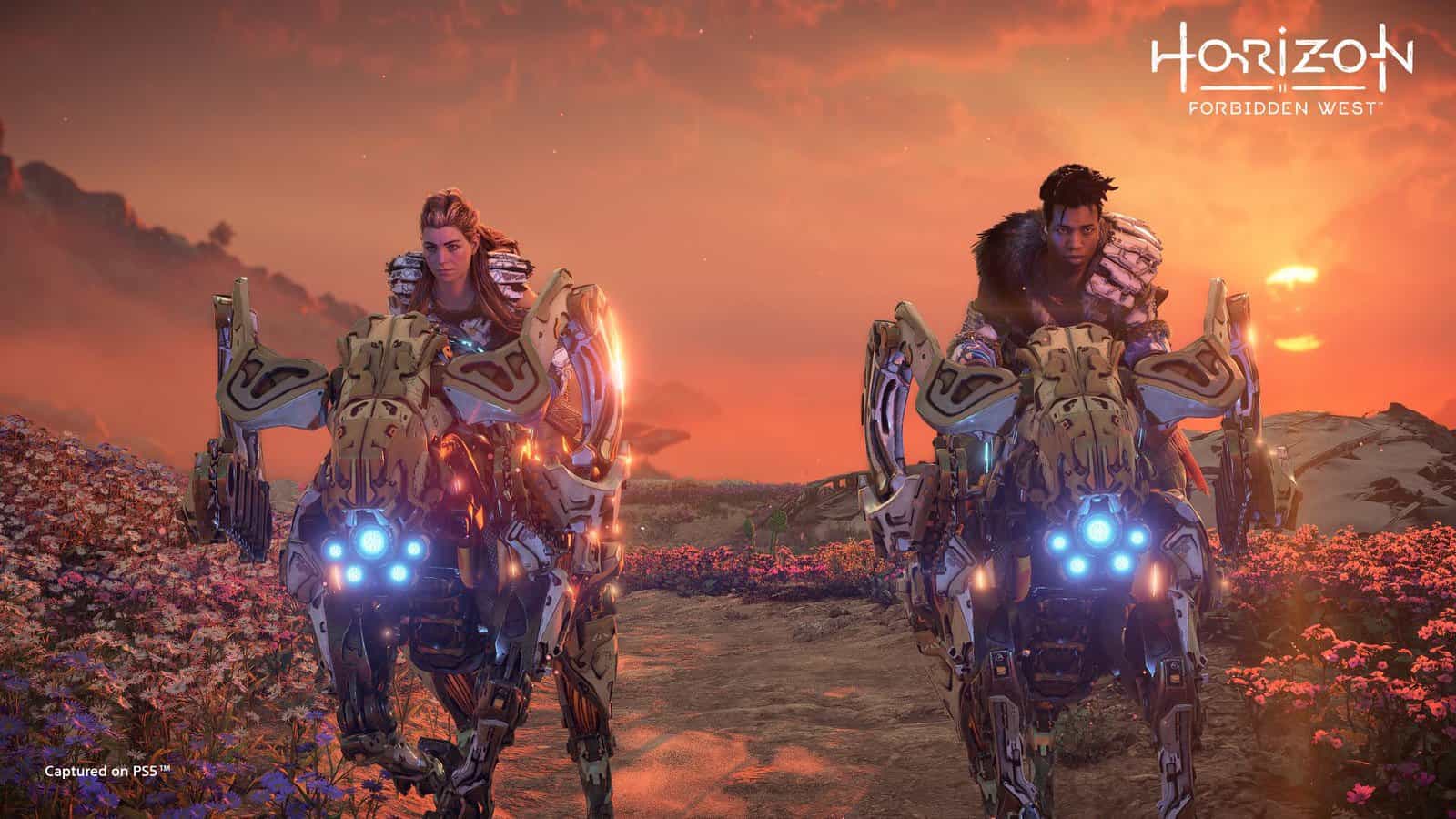 With just a month to go before the launch of Horizon Forbidden West, we’ve got a new story trailer offering insight into Aloy’s upcoming adventure.

As the PlayStation Blog sheds further light, we learn that Aloy won’t be alone. Both Nora Brave Varl and Vanguard Captain Erend both return from the previous game. They’ll be joined by some new characters too, including Zo, Alva and Kotallo. (Perhaps we’ll also get to meet some of these characters in upcoming PS VR spin-off Horizon Call of the Mountain?)

They’ll be facing off against new threat Regella, who’s leading a tribe of Tenakth rebels. They seem to have gained the power to override machines for their own nefarious means. Aloy will also cross paths with Sylens, Hekarro and mysterious new character Tilda. It’s teased that she has a connection to the past world, before the great apocalypse that left the world with animal-like machines.