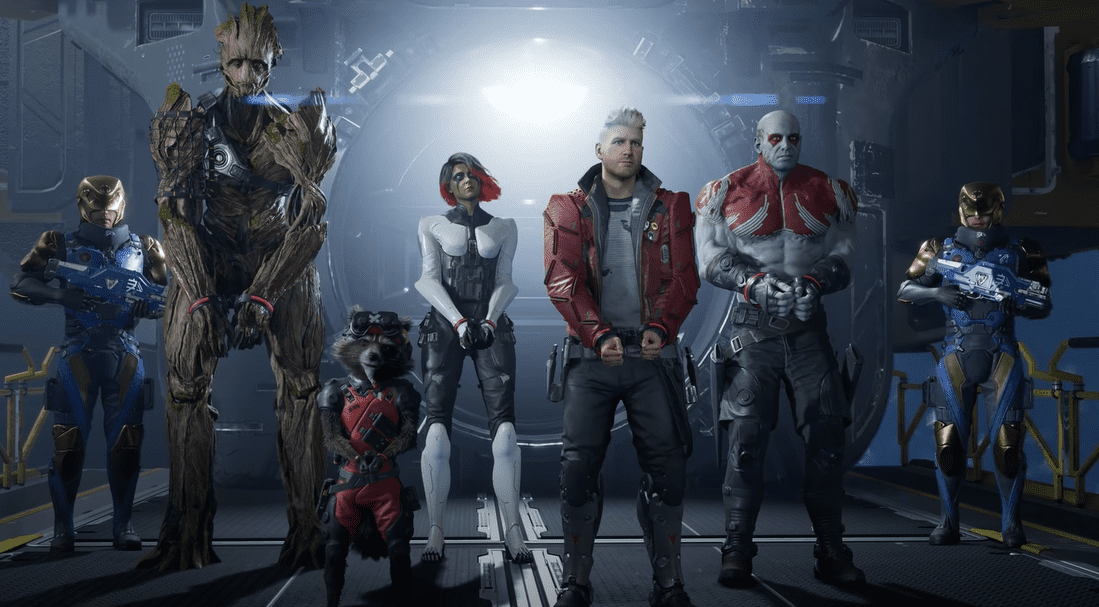 Guardians of the Galaxy is a new single-player adventure, developed by Eidos-Montréal.

During the Square Enix Presents showcase, the Guardians of the Galaxy reveal gave us a look at gameplay. The game doesn’t take place in the same universe as the Marvel films, but the characters look better than the ones in Marvel’s Avengers did.

“Fire up Star-Lord’s jet boots for a wild ride across the cosmos in this third-person action-adventure game,” the description reads. “With the unpredictable Guardians at your side, blast your way from one explosive situation to another, with original and iconic Marvel characters caught in a struggle for the fate of the universe. You got this. Probably.”

Along with that reveal trailer, Square Enix also gave us an extended look at gameplay in Guardians of the Galaxy. The action blends brawling with team-based special moves, but you play as Star Lord, the group’s leader.

As you can hear, Guardians of the Galaxy is crammed with eclectic music, including the likes of Joan Jett and Pat Benatar. Evidently, Eidos-Montréal is going for the same mood as the recent movies, which makes sense, given their success.