Fortnite welcomes League of Legends’ Jinx to the battle royale 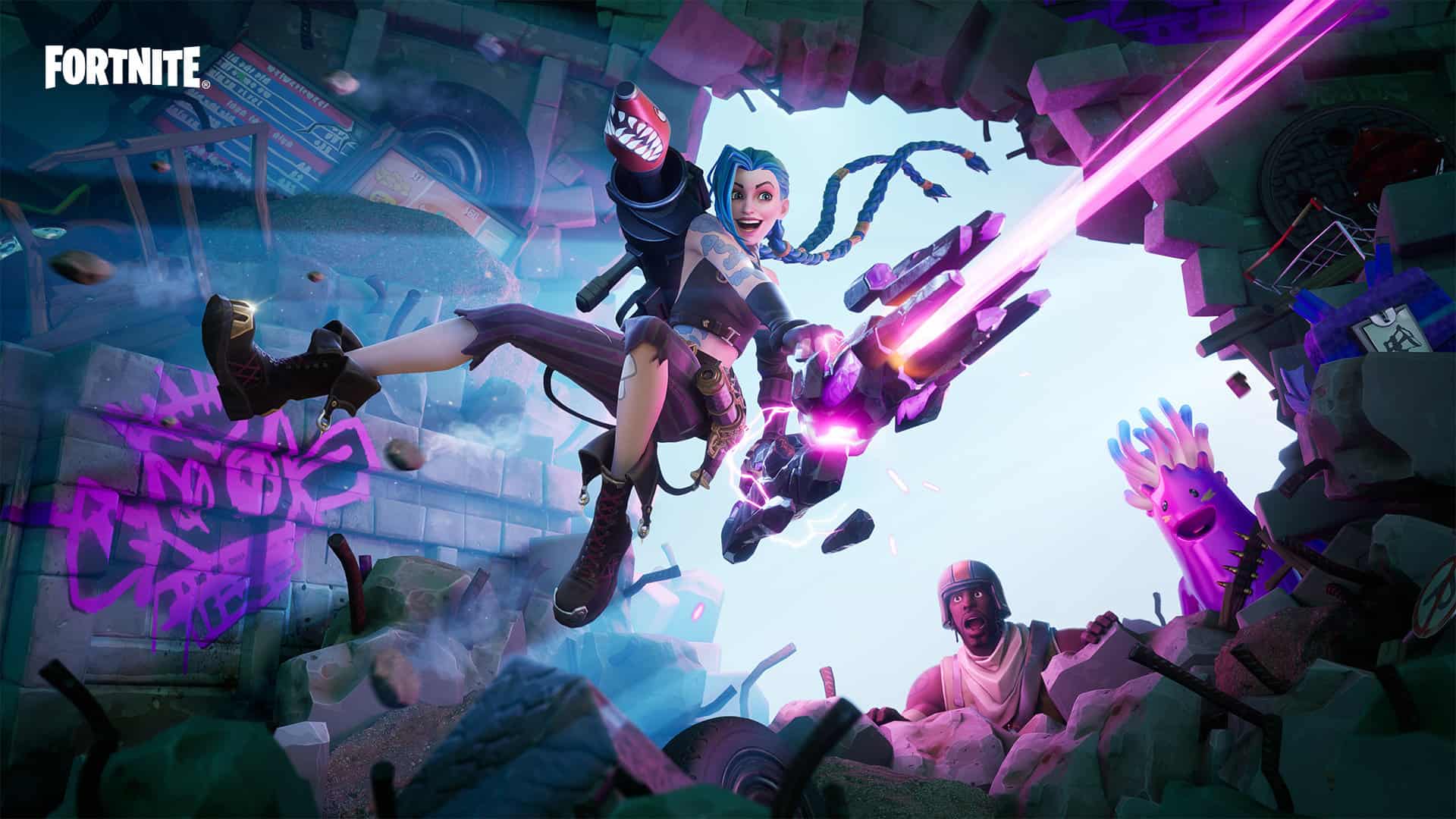 Epic and Riot Games have announced that League of Legends champion Jinx is the latest game character to appear in Battle Royale shooter Fortnite.

The team-up will be the first time the character has appeared in a non-Riot game. She’ll be available in the Fortnite Item shop from today in the form of the Arcane Jinx bundle. This will include her outfit and a selection of other cosmetics that make up the Arcane: League of Legends set.

These include a Jinx’s Dream Monkey Back Bling and the a Pow Pow Crusher Pickaxe. On top of those two, there’s also a couple of new loading screens, music tracks and a theme-appropriate spray.

Her arrival serves two additional purposes. The first is to promote the new League of Legends animated series named Arcane. The series will tell the origin stories of several League of Legends characters, and will star Jinx and Vi voiced by Ella Purnell and Hailee Steinfield.

The second is to mark the arrival of several Riot games on the Epic Game Store. From today, players will be able to get League of Legends, Teamfight Tactics, Legends of Runeterra and Valorant on Epic’s storefront.

You can check out a trailer for Arcane Jinx’s arrival in Fortnite down below.