*UPDATED* Fortnite Chapter 4 Release Date – when can you play it? 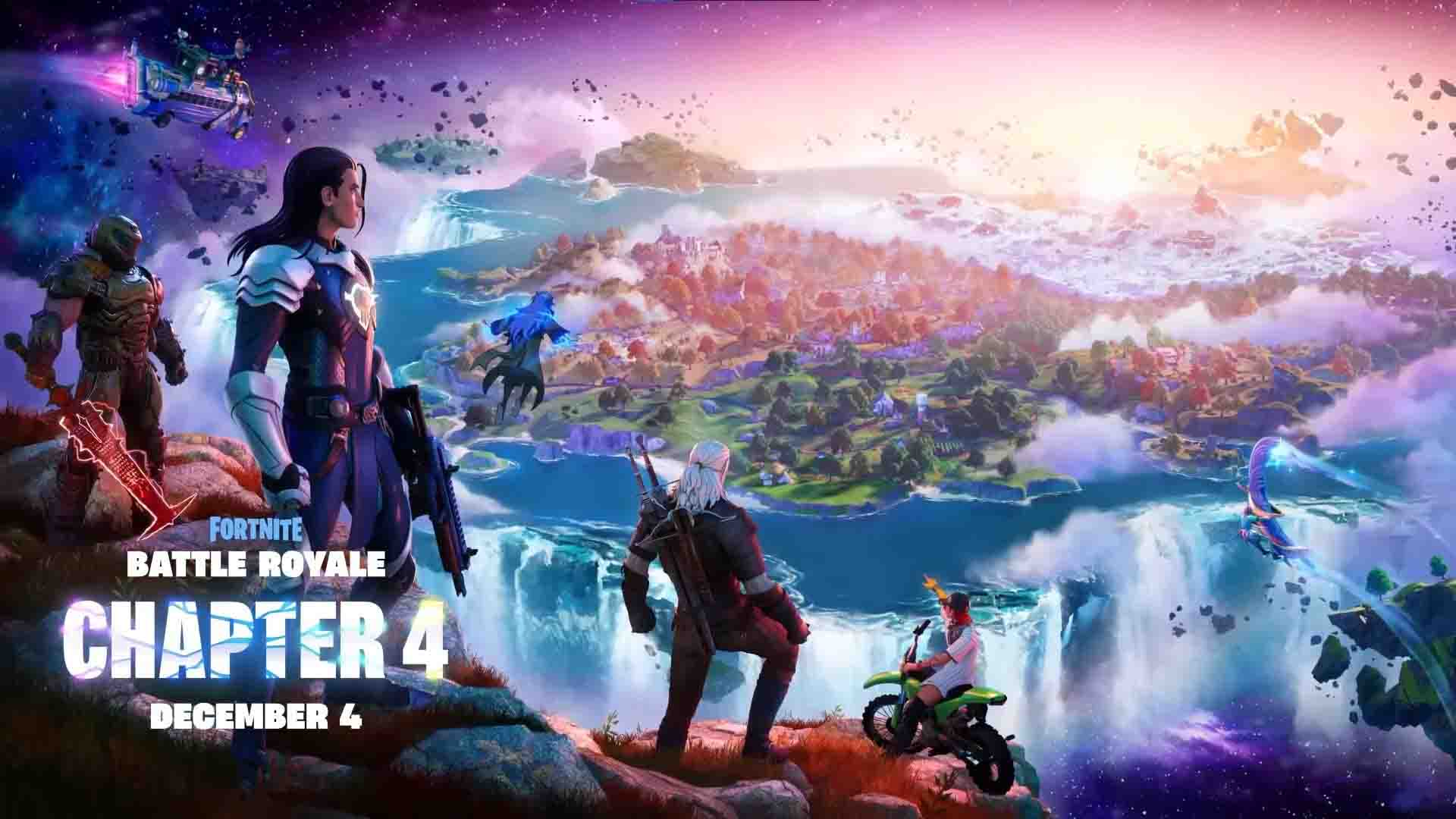 Fortnite’s Chapter 3 Finale Fracture event is now in the books, with the game’s entire island being “fractured” and then rebuilt after players took part in a live task involving collecting zero point pieces.

The event concluded with a brief trailer, that showed off some of what we can expect. Eagle eyed fans spotted the Doom Slayer, Geralt from The Witcher and even motorbikes in the teaser.

So when can you get your hands on the next chapter? Here’s the lowdown so you’re set for its impending arrival.

Fortnite Chapter 4 Season 1 will begin on December 4th, 2022, which is a day after the finale of Chapter 3. This has typically been the case with previous chapter releases as they tend to be launched immediately after the previous one ends.

At the time of writing, the game is currently down for maintenance – and a time hasn’t been confirmed yet for when it’ll be back up. So it’s a waiting game until there’s an announcement from Epic.

Until then, you can check out the Chapter 3 ending movie for yourself down below.

NOW READ: How to sprint in Fortnite

The upcoming arrival of the latest installment comes as a surprise to the community as chapters are often stretched out. As an example, the first chapter went on for 10 seasons, beginning in 2017 and ending in 2019. On the other hand, Chapter 2 contained eight seasons which started in 2019 and ended in 2021.

Some players, however, are speculating that Chapter 3 was cut short in order to make way for Creative 2.0. According to Tim Sweeney, this new in-game Creative Mode will allow players to build very high quality in-game content. It will also allow creators to monetize the content that they make similar to the system that Roblox currently has.

Some users have suggested that Chapter 3 was shortened to make the current map more accommodating for Zero Build mode. Plenty of users have been complaining that Zero Build should have a different location as the current in-game areas don’t really cater to this match type.