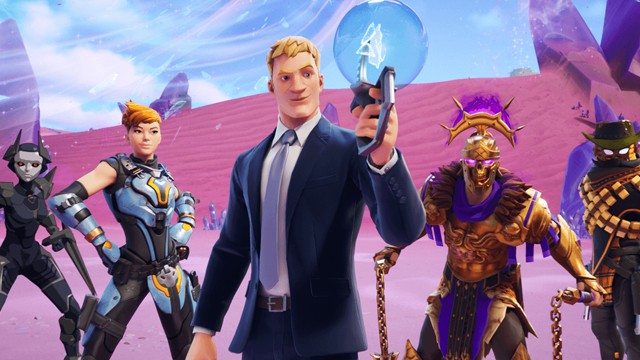 The event will be marked with the usually-multiplayer focused shooter's first single player missions finale, as the studio explains in the blog post announcing the event, where you'll be playing through the conclusion of Agent Jones' mission. The mission will be available to play whenever players want to once they log in during the next season, but of course you'll still be able to watch it too, with details on that to come.

In the meantime, Epic says players should spend any gold bars they have remaining, complete their Battle Passes and finish their Quests including The Mandalorian Baskar Quests in order to earn the special Baskar Armour and Back Bling of The Child (AKA Baby Yoda).

Fortnite Chapter 2 Season Six will kick off from March 16 in the game on Xbox Series X|S, Xbox One, PlayStation 5, PlayStation 4, Nintendo Switch, Mobile and PC.