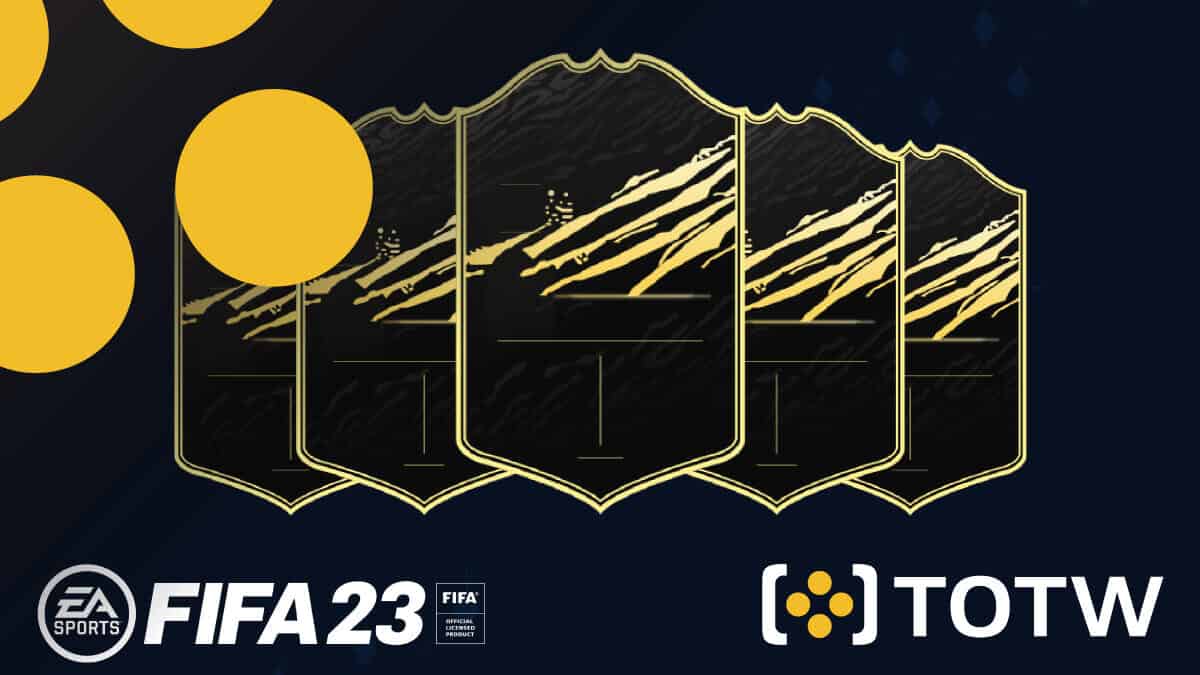 Another weekend of football is behind us, so therefore another Team of the Week (TOTW) is on the way. TOTW 9 is set to be the last TOTW for a while as they take a break for the FIFA World Cup in Qatar. So it looks like this will be our last TOTW until after Chritsmas.

TOTW is an event that occurs weekly to celebrate the players who showed the best form in the last round of games.

These players range in quality, and the players who are the best will make up the starting eleven, then there will also be a bench and a reserves. So there will be a 22 man squad of in-forms.

These cards can only be earned in packs, but they will also be in the rewards for the FUT Champions game mode on a weekend.

FIFA’s TOTW always releases on a Wednesday, which has remained a consistent pattern for years,  so it’s safe to say that TOTW 8 will release on Wednesday, November 16th.

FIFA 23 TOTW 9 will be released at around 6PM GMT / 1PM ET / 10AM PT, this is pretty standard for most FIFA content releases to drop at this time.

Pretty much all FIFA content releases at this time, with TOTW also being the same.

It looks like it could be another strong TOTW, although there were a few upsets this weekend too which are bound to have an impact on TOTW 9.

We are still awaiting any leaks, but by looking at the games we think these players below are likely to feature in this TOTW.

GK, Koen Casteels (Wolfsburg) – Casteels put in two great performances in the last week, but what has really earned his place on this list is the clean sheet against Borussia Dortmund.

LB, Nuno Mendes (PSG) – The young Portuguese left back was outstanding at the weekend as PSG dismantled Auxerre. He managed two assists as well as helping secure his side a clean sheet.

CB, Jonathan Tah (Bayer Leverkusen) – Tah feels like one of those players that has always been tipped for greatness, but never quite made it, however his performance at the weekend should be enough to see him get an in-form. He scored, and helped his side keep a clean sheet.

CM, Jamal Musiala (Bayern Munich) – Musiala has been proving this season at Bayern Munich that he is the one that got away from the England National Team. The youngster has been outstanding all season, and this weekend he continued his fine form by grabbing two assists.

CM, Toni Kroos (Real Madrid) – To have a part in both of the goals in a 2-1 win shows just how good Kroos still is, despite his age. Kroos is bound to be included in the team and will be the highest rated player in TOTW 9.

CM, Bentancur (Tottenham Hotspur) – The weekend saw to another Spurs comeback, that Bentancur was once again at the heart of. This time he grabbed a late double to help Spurs narrowly win.

CAM, Martin Odegaard (Arsenal) – The Arsenal captain is largely responsible for why Arsenal are going to be top at Christmas. He bagged himself two goals, to put his team 5 points clear at the top.

ST, Ivan Toney (Brentford) – Grabbing two goals against Manchester City is not an easy feat, the fact that one of these goals is also the winner is even more impressive. He is all but guaranteed to feature in this week’s TOTW.

ST, Darwin Nunez (Liverpool) – Nunez is finally beginning to look worth the huge money spent on him after his two goals at the weekend. We think he could get an in-form, in turn boosting his One to Watch card.

ST, Moise Kean (Juventus) – All strikers in this week’s TOTW prediction grabbed braces this weekend just gone. Juventus have been struggling this season, but a huge 3-0 win against Lazio, could see them moving in the right direction after Christmas.

So far we have seen a few leaks from popular Twitter leaker FUTSherriff who has highlighted some of the players we can expect from TOTW 9 at 6PM GMT / 1PM ET / 10AM PT.

Are TOTW still in packs?

Yes, TOTW players are still in packs, a new batch of cards will be updated by 6PM on Wednesday to reveal Week 9’s cards. These will be the last TOTW cards until after Christmas.

What is TOTW in FIFA?

FIFA 23 TOTW stands for Team of the Week, and is a selection of upgraded Ultimate Team cards rewarded to players who have performed well for their clubs during the domestic season.