Black Friday, the first Friday after Thanksgiving that kicks off the Christmas shopping season with outrageous discounts pretty much everywhere you look, is now behind us. Yet, Cyber Monday is upon us and these two days of sales bookend a weekend where many set themselves up for the rest of the year. FIFA Ultimate Team is no different too, with discounted flash packs and more released over the period.

Grab yourself this great TV and soundbar bundle deal! Save $1,000 when bought together.

So far we know we can expect to see the FIFA 23: Road to the World Cup cards released, and you can learn more about them here.

The flash pack were released throughout Black Friday and this has continued into Cyber Monday too. the These packs will vary in quality but there will be plenty available to buy throughout the day.

We will update this section throughout Cyber Monday with the new packs as they’re released.

We have also seen leaks that a special pack will be being released into FIFA 23 called a Black Friday 100 pack, the biggest pack ever. This pack is set to feature 100 rare golds and 10 World Cup player picks.

A couple of these packs were released over the weekend, with one available on the store right now.

It is likely, if you’re buying packs then you’re going to get a fair few duplicate cards you don’t know what to do with. Luckily there will also be lighting SBCs released throughout the day too, so you can put some of those duplicates to good use.

As part of the Black Friday release we are also getting World Cup Icons released into the game. These Icons are a brand new addition to FIFA 23. They are replacing the Icon Moments from FIFA 22. Hopefully this reform of the Icons will mean they will have more longevity within the game. 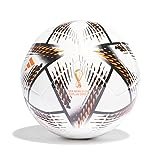 One thing we do know is coming, alongside the Road to the World Cup promo, is the re-release of the best TOTW cards that have come so far in FIFA 23. In case you weren’t aware, FIFA 23 has put TOTWs on hold for the duration of the World Cup, so this could be your only way of getting in-forms at the moment.

We are expecting the release of these cards to either be on Black Friday (the 25th of November) or the day before, just to draw out the event a bit more.

Will FIFA Points be Discounted on Black Friday?

As far as we know, FIFA points will most likely not be discounted during the Black Friday event however there are other ways you can get discounts on these points. Including the Green Man Gaming links we put above, but also if you’re an EA Play member you will get a 10% discount on FIFA points.