Fall Guys: Ultimate Knockout’s next crossover is with Doom 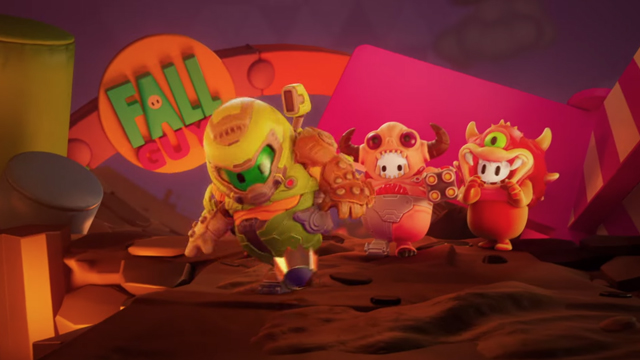 Devolver Digital and Mediatonic have announced that the next game to get a crossover tie-in with multiplayer gameshow Fall Guys: Ultimate Knockout will be Bethesda's Doom.

From January 12 a selection of Doom-themed costumes will be available in the in-game store, including Doomguy himself, a Cacodemon and a Cyberdemon. It's the latest in a long line of crossovers with other properties since the game launched last year, including Untitled Goose Game and Sonic the Hedgehog.

You can check out a trailer for the new costumes for yourself below. Fall Guys: Ultimate Knockout is currently in the midst of its third season and is available now for PlayStation 4 and PC.