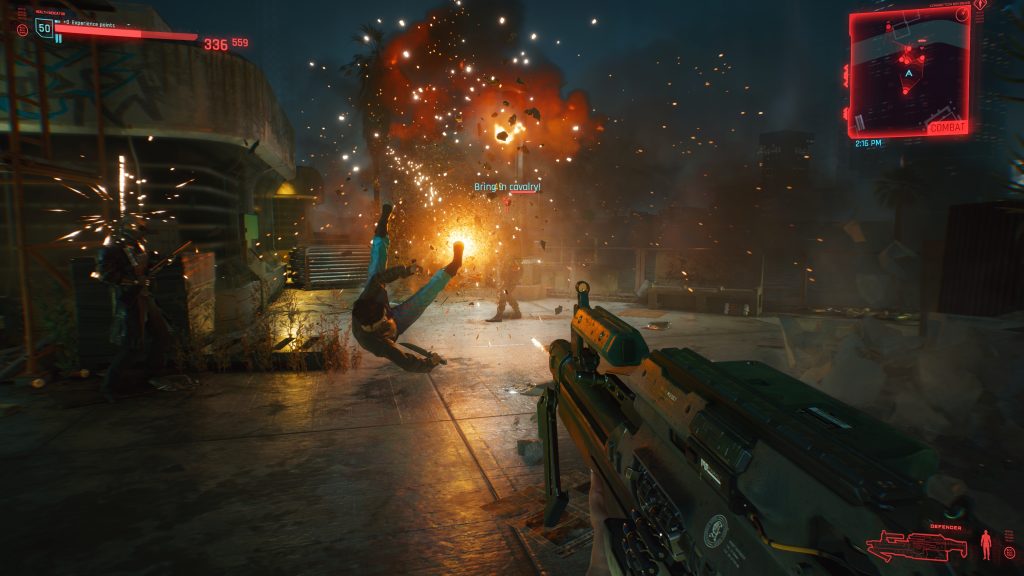 Cyberpunk 2077 developer CD Projekt Red has held a conference call with investors and members of the financial media in the wake of the game's troubled launch amidst technical issues, particularly on the base-level PlayStation 4 and Xbox One versions of the game that has led to many fans seeking refunds.

During the call (helpfully transcribed by VideoGamesChronicle), SVP of business development MichaÅ‚ Nowakowski dimissed the idea the studio was under any pressure to delay the game further than it already was to give them more time to fix the performance issues, saying "It was more us looking at the next-gen and PC performance, rather than the current-gen. We definitely did not spend enough time looking at that, so I wouldn’t say that we felt any external or internal pressure to, you know, launch on the dates any other than a normal pressure, which typically coincides with really any release. That was not the cause."

Co-founder and joint CEO Marcin Iwinski also addressed how console code for the last generation versions was not offered up to outlets for review until just a day before the game's release and leading many players to feel they didn't get chance to get a full picture before making a purchase, saying "We actually showed the console footage, but we actually never showed it on the last-gen consoles. The reason for that is that we were updating the game on the last-gen consoles until the very last minute and we thought we’d make it on time."

"Unfortunately, this resulted in giving it to you as just one day before the release. That was definitely too late, and we didn’t give the chance to media to review it properly and definitely we are the ones to blame. It was not intended, we were just fixing the game until the very last moment."

The studio also reaffirmed its commitment to fixing the game as outlined in their apology tweet yesterday, with Nowakowski saying "We are planning to make the game in a much, much better shape than this right now, of course. A lot of it is still going to be happening in December and come January and February, you’re going to see even larger improvements, which again we have stated already."

"We have also stated that if your personal expectation is that the game is going to be equal to the next-gen performance or the PC, that definitely is not going to happen. Having said that, I’m not saying it’s going to be a bad game but if you know expectations say from visual, or some other performance kind of angle, then we’re openly stating that’s not going to be the case. This is going be a good playable game without glitches and crashes… that’s the intention."

Finally, a couple of questions were asked whether this response had caused any affect to the game's planned DLC or future multiplayer plans, to which company president Adam Kicinski reiterated that "we haven't confirmed any date yet" for said multiplayer, and so "it's hard to judge now" — he also mentioned "We are in a situation which was not planned and we’ll have to reassess where we are and that’s the plan for January."

Kicinski also addressed worries that the studio would be working on the patches over the Christmas break, saying "Of course, first and foremost, we’ll have some holidays. I mean, people are tired. So regardless of the situation, regardless of the patches, we will not just continue working… And then at least until February we will have a strong team working on patches."

Cyberpunk 2077 is available now on Xbox One, PlayStation 4, Google Stadia and PC and playable via backwards compatibility on Xbox Series X|S and PlayStation 5, we'll hopefully have a review for you in the near future.