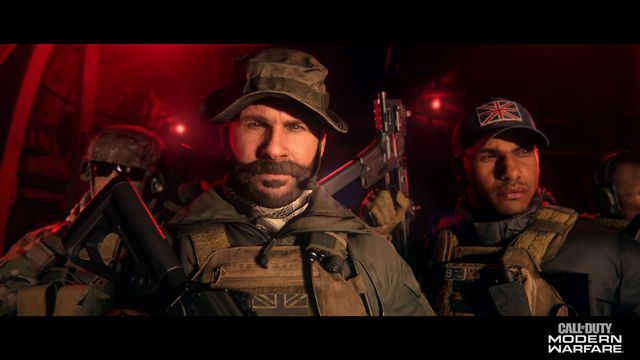 Infinity Ward and Activision have released Season Four for Call of Duty: Modern Warfare and Call of Duty: Warzone last night, after delaying the launch last week in support of the protests over the death of George Floyd.

The update sees, amongst many other new additions, Captain Price introduced as a new Operator, and also brings with it Weapon Mastery Challenges, with eight per weapon that come with their own rewards when completed. In addition, the game's Warzone mode will see one of three new events that will activate at random within any given match.

The Jailbreak event sees all previously defeated players returned to the fray for another chance, the Fire Sale event will see huge discounts including the potential of free equipment and weapons at Buy Stations, while Supply Chopper brings in – as the name suggests – a heavily armoured supply chopper somewhere on the map, full of high quality loot for players to nab for themselves if they're able to shoot it down.

The patch itself is pretty hefty – weighing in at approximately 40-45GB depending on your format of choice, which Infinity Ward say is necessary on this occasion to reduce the game's footprint on your console/PC overall, with the studio also suggesting that players uninstall content packs for modes they're not playing if you're on console to save more space. The team also say they're looking into reducing the size of the game – which takes up a decent chunk of many gamers hard drives – in the future. Some players have reported that their consoles are asking to download an 80+ GB update, although Activision say that this is a bug and they're 'actively investigating' the issue.

You can check out the full patch notes for Season Four on Infinity Ward's website over here. Season 4 is available now for Call of Duty: Modern Warfare and Call of Duty: Warzone on PC, Xbox One and PlayStation 4.