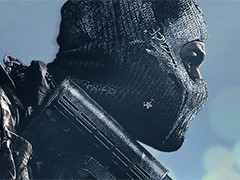 A digital copy of Call of Duty: Ghosts containing licenses for both the Xbox 360 and Xbox One versions will cost £64.99 from the Xbox Games Store, Activision has confirmed.

“Our seamless upgrade scheme is the key weapon we have in the transition between current and next-gen,” senior UK brand manager Kevin Flynn told the latest issue of MCV. “For our Microsoft fans there’s a digital SKU that delivers both Xbox 360 and Xbox One versions digitally for £64.99.”

PlayStation 4 owners are also able to upgrade their physical PS3 version of Ghosts to a digital PS4 version for £9.99. Season Pass content and multiplayer experience will also be transferable between generations.

Alternative options are also available for players looking for a physical next-gen copy of Call of Duty: Ghosts, with GAME guaranteeing £40 trade-in credit for the PS3 or Xbox 360 version when purchased at the retailer.

Call of Duty: Ghosts launches on all formats on November 5.