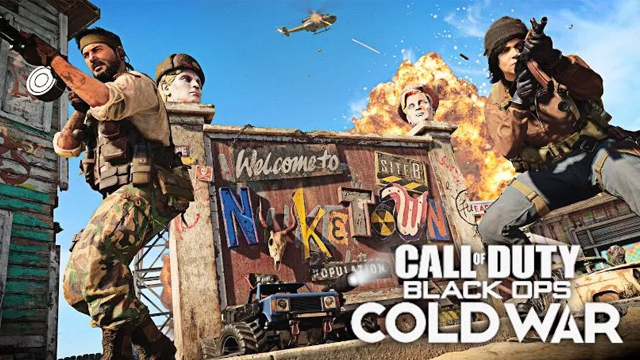 Today sees the launch of the first free new map for first-person-shooter Call of Duty: Black Ops Cold War in the form of the Nuketown '84 map.

The latest iteration of arguably the Black Ops' series most famous map, this version has —as you've no doubt grapsed from the title— a distinctly 80's flavour to it, and is being touted as a "sister" site to the original location.

Developer Treyarch has reimagined the site with graffitti, time-appropriately dressed mannequins and much more, while still keeping the frentic close-quarters combat that CoD vets have come to know and love from this map. Keep an eye out for easter eggs as always, and you can also prepare yourself by nabbing the free Nuketown '84 weapon bundle released last week and which will be available through until December 4.

Check out a trailer for Nuketown '84 below which will be available to download later today in Call of Duty: Black Ops Cold War for PlayStation 5, PlayStation 4, Xbox Series X|S, Xbox One and PC.