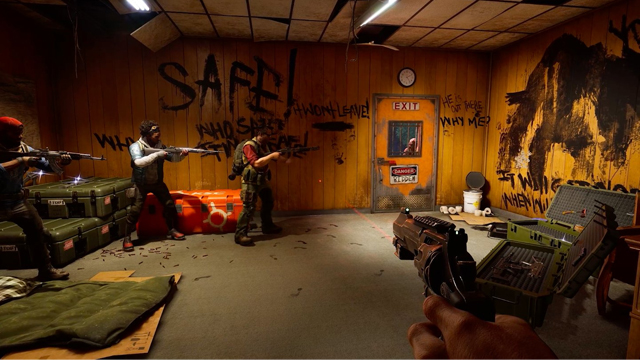 Turtle Rock and Warner Bros have released several new videos of their upcoming co-op zombie shooter Back 4 Blood, showing off even more gameplay as well as the development team's vision for the game.

The videos arrive right in time for the spritual successor to Left 4 Dead enters a Closed Alpha period on PC running from now until December 21, giving prospective players their first hands on with the game since its formal full reveal during The Game Awards earlier this month.

And indeed, more Left 4 Dead is what's on the menu here, with plenty of familiar looking features including safe rooms, melee weapons and frantic battles through hordes of the undead all viewable in the trailer, but naturally with a modern coat of paint over proceedings with detailed debris and chunks of zombie gore looking very much like a 2021 game should.

Publisher Warner Bros has also confirmed the game will be available at launch in three editions; the Standard, a Deluxe Edition with 4 days early access and The Annual Pass including three upcoming downloadable content drops with "new story, playable characters, special mutated Ridden and more" promised and an Ultimate Edition with all that plus a 4 Character Battle Hardened Skin pack and additional digital in-game items that include a Rare Banner, Emblem, Spray and Title.

Check out the videos below. Back 4 Blood is currently scheduled for a release on Xbox Series X|S, Xbox One, PlayStation 5, PlayStation 4 and PC on June 26, 2021.